BLOOMINGTON, Minn. – The NFL has not established a timeline for the completion of its latest investigation, being conducted by attorney Mary Jo White, of the Washington Commanders and owner Daniel Snyder, Commissioner Roger Goodell said Tuesday.

Goodell said at the completion of a one-day owners meeting that he plans to speak to Snyder about Snyder’s future involvement in the day-to-day operations of the Commanders once the ongoing investigations by the league and the House Committee on Oversight and Reform are finished.

“As far as his status, as we all know, there’s an ongoing investigation, a congressional investigation as well as our investigation into those issues,” Goodell said. “As we get to resolution on that, Dan and I will discuss where he participates.”

Goodell also said Tuesday that it was “the right thing to do” for the NFL to appeal the six-game suspension imposed on Cleveland Browns quarterback Deshaun Watson by an independent disciplinary officer. And the owners unanimously ratified the $4.65 billion purchase of the Denver Broncos by a group led by Walmart heir Rob Walton from the Pat Bowlen Trust.

White, a former U.S. attorney for the Southern District of New York and former chair of the Securities and Exchange Commission, began the NFL’s latest investigation of the Commanders and Snyder after allegations made during a congressional roundtable in February. Tiffani Johnston, a former cheerleader and marketing manager for the team, told members of Congress that Snyder harassed her at a team dinner, putting his hand on her thigh and pressing her toward his limo. Snyder denied the accusations, calling the allegations made directly against him “outright lies.”

Asked Tuesday about a possible timeline for the completion of White’s investigation, Goodell said, “We don’t force timelines on those.”

Late last month, Snyder participated remotely for more than 10 hours in a sworn deposition with the House committee after he and the panel agreed on the terms of the interview following weeks of negotiations. Snyder gave a voluntary deposition under oath on issues related to the team’s workplace.

His attorney had rejected the electronic service of a subpoena from the committee, and Snyder’s travel overseas complicated the process of serving a subpoena in person.

“We were not party to that,” Goodell said Tuesday of Snyder’s testimony to the committee. “We did not participate in that in any way. So I don’t have any other information that you don’t have on that context.”

Goodell testified remotely before the committee at a June 22 hearing on Capitol Hill. Snyder declined the committee’s invitation to appear at that hearing, with his attorney citing a scheduling conflict and issues of fairness and due process.

Following a previous NFL investigation conducted by attorney Beth Wilkinson, the league announced in July 2021 that the team had been fined $10 million and that Snyder’s wife, Tanya, the team’s co-CEO, would assume responsibility for the franchise’s daily operations for an unspecified period.

Tanya Snyder represented the team at Tuesday’s meeting, along with top Commanders executives.

Regarding Watson, Goodell has designated Peter Harvey, the former attorney general of New Jersey, to resolve the NFL’s appeal of the Browns quarterback’s suspension under the terms of the collective-bargaining agreement. The original ruling of a six-game suspension was made by Sue L. Robinson, a former U.S. district judge who is the disciplinary officer jointly appointed by the league and the NFL Players Association.

“As you know, it’s part of the CBA,” Goodell said Tuesday. “Two parties had that right. Either party could certainly challenge and appeal that. And that was something that we felt was our right to do, as well as the NFLPA’s, and we decided it was the right thing to do.”

Robinson found that Watson violated the league’s personal conduct policy, calling his behavior “egregious” and predatory,” but said she was bound by precedent on the length of the suspension. In its appeal of Robinson’s ruling, the NFL is seeking an indefinite suspension of at least one full season, along with a fine and required treatment, according to a person familiar with the case.

Asked why the league continues to seek a suspension of an entire season, Goodell said Tuesday: “Because we’ve seen the evidence. She was very clear about the evidence. She reinforced the evidence that there [were] multiple violations here and they were egregious and it was predatory behavior. Those are things that we always felt were really important for us to address in a way that’s responsible.”

Watson has denied allegations of sexual misconduct made in civil lawsuits filed against him by women based on his conduct in massage therapy sessions. He has not been charged with a crime.

Approval by the owners of the sale of the Broncos had been considered a mere formality since the deal was struck in early June. Walton, 77, has a net worth of $59.9 billion, according to Forbes, and is among the world’s 20 wealthiest people.

Walton called it “a big, big day for us,” and said at a news conference: “Putting a winning team on the field is our number one priority. We can’t wait to get to Denver, join our new colleagues and get to work.” 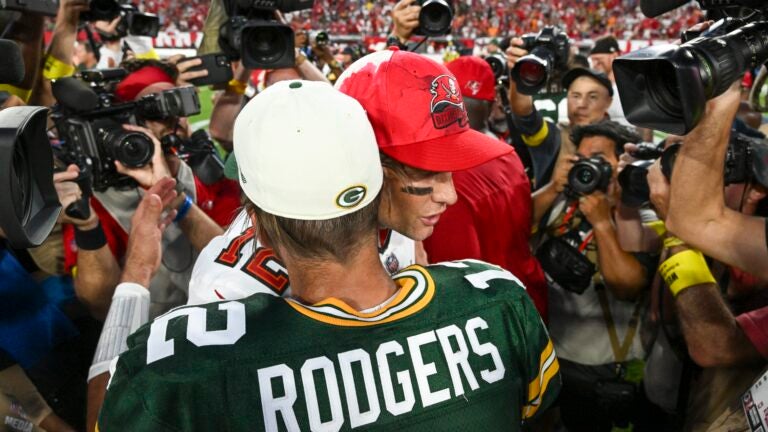