SANTA CLARA, Calif. (AP) — Jimmy Garoppolo is staying in San Francisco after agreeing to a reduced contract to be the backup to Trey Lance on the 49ers.

ESPN reported Garoppolo will receive a $6.5 million fully guaranteed base salary, $500,000 in roster bonuses and the chance to make nearly $9 million more in playing time bonuses. The deal also includes a no-trade clause and prevents San Francisco from using the franchise tag on Garoppolo next offseason.

The Niners had been unable to find a trade partner for Garoppolo and were facing a deadline with rosters being cut to 53 players on Tuesday.

They were unwilling to keep Garoppolo as a backup at his full salary, and with no chances at a starting job on another team, the two sides found a compromise.

Garoppolo had not taken part in a single practice or meeting with the team this training camp, working out on the side on his own as he works his way back from offseason shoulder surgery.

But after spending the past five years in San Francisco, he should have little problem getting back up to speed on coach Kyle Shanahan’s offense and he gives the Niners insurance if Lance struggles or gets hurt.

The other quarterbacks on the roster are seventh-round rookie Brock Purdy and Nate Sudfeld, who hasn’t started a game in the NFL.

Garoppolo arrived in San Francisco with plenty of fanfare in 2017 when he was acquired from New England before the trade deadline in San Francisco’s first season under Shanahan and general manager John Lynch.

The Niners lost their first nine games that season and were 1-10 when Garoppolo took over as starter and led the team to five straight wins. That led San Francisco to give him a five-year, $137.5 million contract that offseason.

But Garoppolo had a season-ending knee injury in the third game of the 2018 campaign and also missed 10 games with injuries in 2020. In the two seasons when he was mostly healthy, San Francisco had great success as a team even if Garoppolo had limitations at quarterback.

San Francisco went 31-14 in his starts, while going just 8-28 with other quarterbacks under Shanahan. The Niners made it to the Super Bowl in the 2019 season and the NFC title game last season.

San Francisco had set in motion the plan to move on from Garoppolo before the 2021 season when the 49ers traded three first-round picks to draft Lance third overall. Lance spent most of his rookie season on the bench adjusting to the NFL but was put in the starting role at the start of the 2022 offseason program.

Lance has started just three games the past two seasons in college and the pros after starting for one season at lower-level North Dakota State in 2019.

Lance bring elements that were lacking with Garoppolo with the ability to run and a stronger arm that should open up the offense for more deep passes to talented receivers like Deebo Samuel and Brandon Aiyuk.

Garoppolo completed 67.7% of his passes in five seasons in San Francisco, averaging 8.4 yards per attempt with 66 TDs, 38 interceptions and a 98.3 passer rating. Garoppolo’s strength was getting the ball to his playmakers in space and letting them make big plays after the catch. 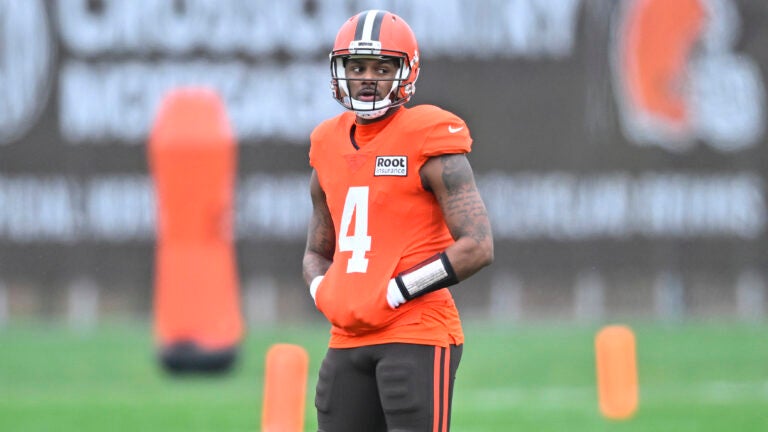