BUFFALO, N.Y. (AP) — The Buffalo Sabres have signed forward C.J. Smith to a two-year, $1.85 million contract after he completed his junior season at UMass-Lowell.

A person with direct knowledge of Smith’s contract revealed its value to The Associated Press on the condition of anonymity Thursday because the team hasn’t released that figure. The person says Smith will make $925,000 in both years, including the final 10 days of this season.

Smith finished tied for eighth in the NCAA with 23 goals and 12th with 51 points this past year. The player from Des Moines, Iowa, earned Hockey East Tournament MVP honors after scoring four goals and four assists in five games.

Coach Bylsma: CJ Smith is coming in with speed & skill. What he did in college with @RiverHawkHockey is pretty impressive. pic.twitter.com/iPZEl0bkz3

Smith joined the Sabres for practice Thursday and could make his NHL debut Sunday when Buffalo hosts the New York Islanders.

CJ Smith on the ice for his first practice with the team. Wearing #49. pic.twitter.com/TQ6FSBoK16

Buffalo also assigned defenseman Brady Austin to the minors. He was called up last week to fill in for Rasmus Ristolainen, who served a three-game suspension for a blindside hit that caused Pittsburgh forward Jake Guentzel to suffer a concussion. 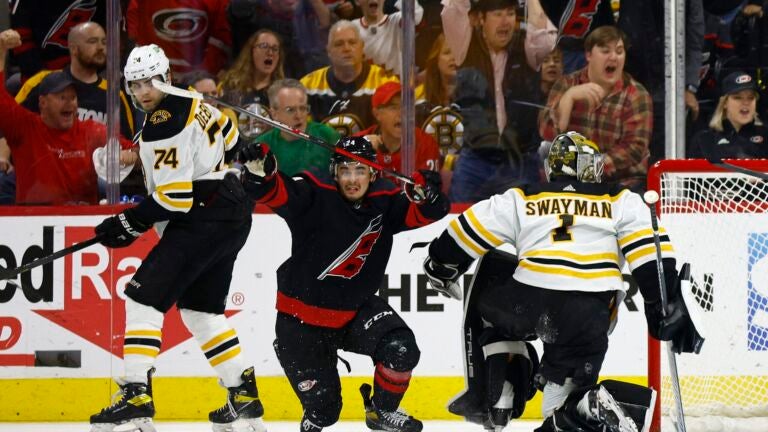 3 takeaways from the Bruins' Game 5 loss to the Hurricanes