For the first time since halting play four weeks ago, NHL Commissioner Gary Bettman raised the possibility Tuesday of not completing the regular season in order to squeeze in time to award the Stanley Cup.

Bettman also acknowledged during an interview with NBCSN the league is considering having games played at neutral sites in the event not all teams will be allowed into their home rinks.

Bettman, however, stressed these are among myriad options being considered with nothing determined because it will take at least two more weeks to gain a clearer picture on how the coronavirus pandemic is affecting the league’s 31 markets.

“The best thing and the easiest thing would be if at some point we could complete the regular season and then go into the playoffs as we normally do,” he said. “We understand that may not be possible. And that’s why we’re considering every conceivable alternative to deal with whatever the eventuality is.”

Bettman had not previously raised the possibility of shortening the regular season, which was halted on March 12 with 189 games remaining.

The 16-team playoffs were scheduled to open Wednesday, though they likely won’t begin until late June – at the earliest – and could stretch into August and potentially September.

NHL players have been asked to self-quarantine through April 15, a date that has been pushed back twice already and is expected to be moved once again. The number of NHL players testing positive for COVID-19 rose to eight Tuesday as the league announced a third Colorado Avalanche player tested positive, joining five members of the Ottawa Senators.

The season was put on hold with teams having played an uneven amount of games and with tightly contested races taking place in each of the two conferences.

The NHL has not placed a firm deadline on the latest when the playoffs could start. Deputy Commissioner Bill Daly, however, acknowledged in an email to The Associated Press the league will eventually have to establish “some last possible day” so not to cut into the start of the following season.

“It’s nothing that we are even close to setting at this point in time,” he wrote.

Florida Panthers goalie Sergei Bobrovsky said it would be unfair for the NHL to dump what remains of the regular season.

“There’s a lot of games (left) and we’re right in the mix, and we have the opportunity to be in there,” Bobrovsky said. “The season is 82 games and then the playoffs. So you can’t just cut of where we are and jump right into the playoffs.”

The possibility of playing at neutral sites is being considered because the pandemic is affecting regions at different times. North Dakota, among a handful of states without stay-at-home orders, was mentioned as a potential site because the state isn’t densely populated and the University of North Dakota features an NHL-caliber facility.

Buffalo has also been discussed because the Sabres, who are out of contention, have a two-rink practice facility connected to their downtown arena and a 200-plus room hotel.

“Look, we all want to get back to playing,” Krug said.

“If we do have the opportunity to get back to playing, let’s be safe about it and be smart,” he added. “No one wants to jump back into a situation where we put a bunch of people in one area, and all of a sudden this thing takes off again.”

Bettman sees the potential of games being played into the summer and doesn’t expect the ability to maintain NHL-caliber ice sheets to be an issue because of the league’s modern and air-conditioned facilities. 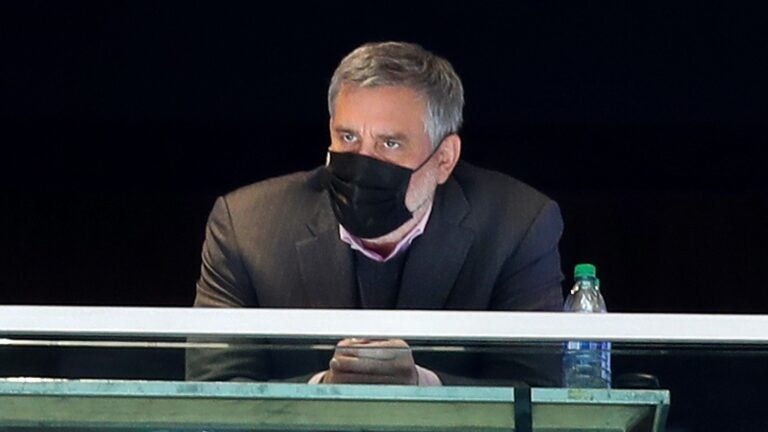