Moving up and down the dial while wondering how that LeBron James misguided master class in narcissism, ”The Decision,” could be 11 years old already . . .

· NBC Sports’ 16-season run as the stateside home of the NHL officially ended Wednesday night when the Lightning clinched their second straight Stanley Cup title (and spared us the indignity of an improbable Canadiens championship). NBC deserves a stick tap for its resolute coverage of the sport, even if the occasional personnel decision backfired. (Where have you gone, Jeremy Roenick?)

It helped greatly that Sam Flood, a coordinating producer when the network gained NHL rights in 2005 who rose to executive producer and president, is passionate about the sport (he’s a former Williams College hockey captain).

NBC’s best decision when it came to its NHL coverage in choosing the unparalleled Mike “Doc” Emrick as its lead play-by-play voice, a role he held for 15 seasons, seems like a no-brainer now. But credit is due. Just because a decision looks obvious in sports television doesn’t mean it was anywhere near unanimous among those who make personnel decisions.

· Kathryn Tappen, one of the more prominent members of the NESN’s unofficial Moved On To Bigger Things alumni society, is staying at NBC. She has been a studio host on the network’s NHL coverage and was part of the coverage for 11 Stanley Cup Finals, but also has other responsibilities at the network, including as a reporter for Notre Dame football, “Sunday Night Football,” and its Olympics coverage.

Still, she said in a tweeted statement this past week that watching NBC lose NHL rights is the hardest thing she has been through professionally.

“A decision was made — business is business — that affected all of us greatly. It was an emotional experience,” she wrote. “I leaned on people I admire and trust the most to get through it (you know who you are and I thank you).”

· For all of the chatter about the awkward Rachel Nichols-Maria Taylor situation at ESPN, it’s interesting to note how secondary the studio program has become on the network’s NBA broadcasts.

If you happened to miss it, Nichols was caught on tape last July in private conversation suggesting that Taylor’s ascent to the NBA hosting role had come because ESPN was under pressure to diversify its broadcasts. The story blew up this past week when the New York Times wrote about how behind-the-scenes tension was affecting Taylor’s contract negotiations.

Taylor is hosting ESPN and ABC’s studio programming during the NBA Finals, while Nichols is not part of the coverage and continues to host her weekday NBA program, “The Jump.”

But the studio program, at least during halftime, has been marginalized. During Game 2 Thursday, there was a 7-minute, 45-second halftime stretch that featured seven commercials or promos over 2:45 followed by 45 seconds of analysis from the studio team, and then another 10 commercials crammed into 3:15 before the game resumed.

Halftime isn’t for the fans. It’s for the advertisers.

· Ryan McDonough, the former Suns general manager and son of legendary Globe sportswriter Will McDonough, has always been a worthwhile Twitter follow (@McDNBA) for his candor and insight on the NBA. But that’s especially true now with the Suns two wins away from the franchise’s first NBA title.

McDonough, who was fired in October 2018, was the executive who drafted Devin Booker and DeAndre Ayton and traded for Mikal Bridges. He’s far more gracious toward the franchise than most people would be.

Thanks for the shoutout @DickieV

Bridges is a Mr. Pac Man!
Ayton is a Windex Man!
Booker is a P.T.P’er!

· WEEI hired Courtney Cox, formerly of NESN, as its host on its morning drive “The Greg Hill Show.” She starts July 19 and stands as the only female host who is a regular on a weekday program. WEEI auditioned several female candidates over the last couple of months since Danielle Murr’s departure from the program in March. Cox seemed the front-runner for the job during the process, meshing with the show’s hosts and producers during her appearances — and it’s not always easy to get a word in edgewise with that group.

· Nielsen Audio Ratings for the spring period will be available Wednesday. Among other things, I’m curious to see how WEEI’s midday program featuring Rich Keefe and Andy Gresh fares in its first full three-month ratings period. They were paired late in the winter ratings period and quickly developed an easy on-air chemistry, which I can’t say I was expecting.

· MLB Network analyst Al Leiter isn’t scheduled to be part of the network’s live coverage of the MLB Draft beginning at 7 p.m. on Sunday. But it could make for compelling television if the studio program checks in with him after his son is drafted. Jack Leiter, a sophomore righthander from Vanderbilt, is projected to go early in the first round, perhaps even to the Red Sox with the fourth pick.

· Glenn Ordway did not invent sports radio in Boston, but he did find a formula that worked spectacularly on “The Big Show” in the late ’90s and early 2000s. It does seem fitting that he’s getting a two-month this-is-your-life-Big-O “retirement” sendoff, yet he will still will be heard at times on WEEI’s airwaves . . . Here’s a name overdue for an NBA play-by-play job: Boston University grad Noah Coslov, who has done excellent work calling college basketball games for CBS Sports and Stadium . . . Let’s just say Ellis Burks has been a much better fit in the studio than the booth on NESN’s Red Sox broadcasts. 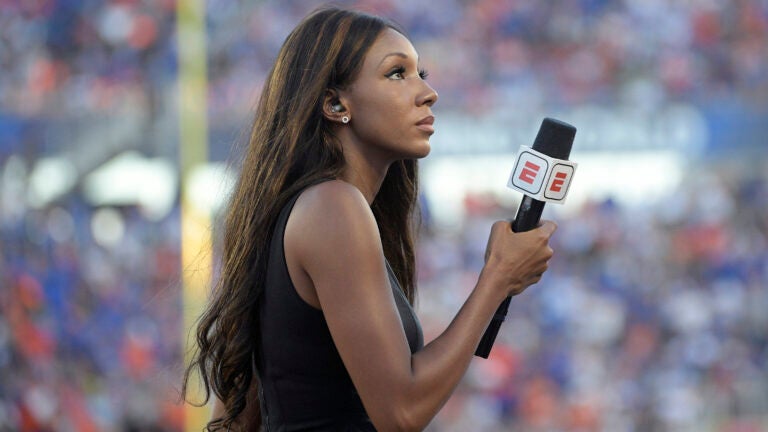