ROME (AP) — The group that helped bring down Boston’s Olympic bid is lending its support to the left-wing movement Radicali Italiani’s call for a referendum on Rome’s candidacy for the 2024 Games.

‘‘The citizens of Rome deserve the opportunity to have the same sort of debate, and a referendum — as suggested by Radicali Italiani — is the best way to ensure that happens,’’ No Boston Olympics co-chair Chris Dempsey said in a statement distributed by the Radicali on Thursday.

Rome bid leader Luca Cordero di Montezemolo said this week that he didn’t see the ‘‘necessity’’ for a referendum since the city council voted overwhelmingly in favor — 38-6 — of the bid last year.

Also, the German port city of Hamburg dropped out of the 2024 race in November after its bid was defeated in a referendum.

Budapest, Hungary, another 2024 bidder, is also facing calls for a referendum.

‘‘No Boston Olympics welcomes the opportunity to share some of the lessons learned from Boston,’’ Dempsey wrote to The Associated Press in an email, explaining that the radicals reached out to him — not the other way around. ‘‘It is not for us to tell citizens of Rome what they should do. But we do think the IOC offers a fundamentally poor deal to the citizens of host cities.’’

‘‘The healthy debate that would be spurred by a referendum would bring forward some of those costs and misaligned incentives that might not be apparent at first,’’ added Dempsey, who also worked with opposition groups in Hamburg.

‘‘Responding the way Montezemolo did — that a referendum isn’t necessary means considering Romans second-division citizens compared to those in many European cities and beyond, who have had the chance to decide on an undertaking that they would have paid for out of their own pockets,’’ said Radicali Italiani secretary Riccardo Magi.

‘‘Referendums have been held in cities like Davos, Krakow, Oslo, Munich, Hamburg — whereas in Boston an open debate was enough for the bid to take a step backward,’’ Magi added.

A referendum in Rome would likely require gathering 50,000 certified signatures from citizens and then a turnout of at least 50 percent of eligible voters for validation.

Rome’s bid team argues that the candidacy is sustainable because it proposes using existing venues for 70 percent of the competition areas — highlighted by the Foro Italico track and field, aquatics and tennis complex used for the 1960 Games in the capital.

Rome’s candidacy also proposes building an athletes village that can later be turned into university housing and a hospital expansion on the city’s outskirts.

‘‘This city needs a big challenge,’’ Montezemolo said. ‘‘Without a big (event), it’s difficult to do things involving public services and the periphery.’’

Rome had announced a games operating budget of 6 billion euros ($6.5 billion), or roughly half of what London spent in 2012. But Montezemolo said it was premature to pin down a precise figure because it depends on the number of temporary venues needed.

‘‘We are aware that Rome’s bid proposes the use of many existing facilities,’’ Dempsey said. ‘‘Boston’s bid did as well. But it’s too simple to use that metric — London’s bid proposed to use 60 percent existing venues, and it still managed to go three times over its initial budget.’’ 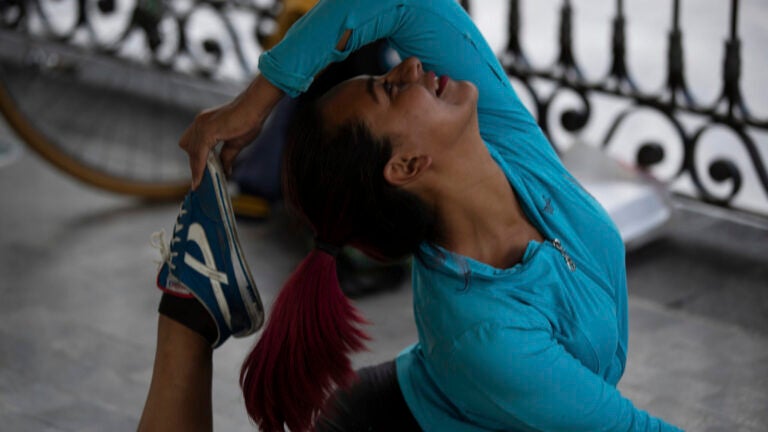 Breakdancing gets Olympic status, will debut at 2024 Paris Games