MOSCOW (AP) — At least 105 athletes from the 387-strong Russian Olympic team announced last week have been barred from the Rio Games in connection with the country’s doping scandal.

International federations in canoeing, sailing and modern pentathlon ruled out eight on Tuesday, including an Olympic gold medalist. Rowing added 19 more athletes to three that had previously been announced. Swimming has also barred some athletes. Some appeals are likely.

“The topic of the recent International Olympic Committee ruling relating to Russian athletes was raised ahead of Putin’s planned meeting tomorrow with the Russian Olympic team,” Peskov was quoted as saying.

The vast majority of the Russian athletes who miss out are in track and field, where 67 athletes were ruled out when a ban on the Russian team was upheld at the Court of Arbitration for Sport last week.

More are falling foul of new rules imposed in the wake of the country’s doping scandal.

Alexander Dyachenko, an Olympic champion in 2012, was among five canoeists ruled out after being named in a recent report by World Anti-Doping Agency investigator Richard McLaren alleging a state-sponsored doping cover-up.

Dyachenko won gold in the men’s double kayak 200 meters at the 2012 London Games.

“The ICF will continue its strong zero-tolerance stance and remove all athletes that contravene its rules in anyway,” said Simon Toulson, the International Canoe Federation’s general secretary. “If you step out of line you won’t make the start line.”

The four other banned canoeists are Alexei Korovashkov – a 2012 bronze medalist in the C2 1,000 meters event – Andrei Kraitor, Elena Anyushina and Nataliya Podolskaya.

The ICF also said that Russia would not be allowed to enter boats in four events in which the excluded athletes would have raced. Therefore, Austria, Germany, Sweden and Iran are in line to receive their places.

World Sailing said Pavel Sozykin, who had been due to race in the 470 class, would be excluded because he was mentioned in the McLaren report. Russia’s other six sailors were approve and Russia is able to nominate a replacement for Sozykin, the federation said.

Meanwhile, the International Modern Pentathlon Union named the two Russians it had suspended as Maxim Kustov and Ilya Frolov, saying they both featured in the McLaren report. Kustov’s place in the men’s event passes to a Latvian athlete, while Frolov had only been entered for Rio as a reserve.

There are now a total of 22 Russian rowers who have been excluded. They include Ivan Podshivalov and Anastasia Karabelshchikova, who were excluded because they previously served doping bans, while Ivan Balandin from Russia’s men’s eight was implicated in the McLaren report, World Rowing said. The others, according to a release Tuesday, did not meet standards set by the IOC.

Meanwhile, volleyball player Alexander Markin told local media he had been dropped due to a positive test earlier this year for the banned substance meldonium, even though he had not been banned. The international volleyball federation did not immediately respond to a request for comment.

The head of the Russian Wrestling Federation told the R-Sport agency that two-time world champion Viktor Lebedev was ineligible because he was given a doping ban in 2006.

Efimova’s agent has said he is preparing an appeal to the Court of Arbitration for Sport, and the Russian Canoe Federation’s general secretary Irina Sirayeva said that the five banned athletes could follow suit.

“The intention to defend the athletes is there,” she told R-Sport.

There was good news for Russia as its judo and shooting teams — comprised 11 and 18 athletes respectively — received approval to compete from their sports’ international governing bodies.

Previously, archery, tennis and equestrian sport’s world governing bodies said they had no objection to the Russians entered in their sports.

Lists of Russian athletes approved by international federations must still be approved by CAS arbiters who can reject athletes not tested outside Russia.

The IOC refused to accept testing done by Russian agencies because of evidence that the process was corrupted. 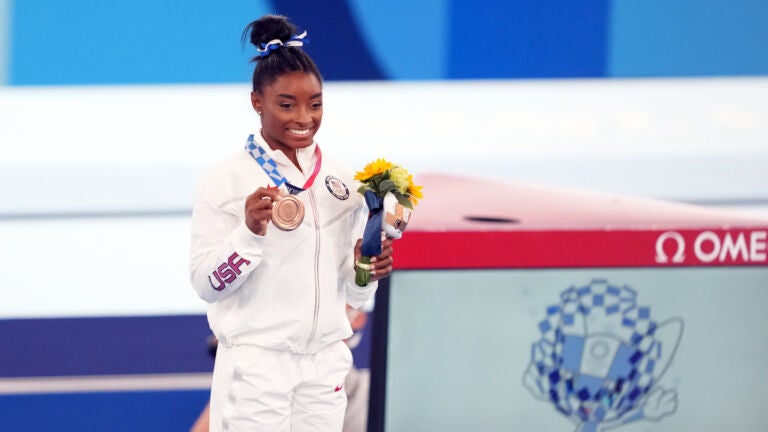 Tokyo Olympians are showing that grit can be graceful