MOSCOW (AP) — Despite Russia’s ban from the upcoming Olympics, officials in the country still expect more than 200 of their athletes to compete at the Pyeongchang Games.

Under International Olympic Committee sanctions announced last week, all Russians must compete under the Olympic flag as “Olympic Athletes from Russia.”

“Potentially more than 200 athletes are in a position to qualify,” ROC president Alexander Zhukov said after the organization held a closed congress on Tuesday.

The decision to ban Russia came after the country was found to have run a sophisticated doping program at the 2014 Sochi Olympics. On Tuesday, the IOC disqualified the Russian women’s hockey team because six players were implicated in doping offenses. That brings the total of Russians banned from Sochi to 31.

Zhukov said the Olympic committee unanimously voted for the athletes to compete despite the restrictions placed on the national team.

“The opinion of all taking part was united, and that was that our athletes need to go to South Korea, compete and win,” Zhukov said.

The ROC will submit rosters of its preferred athletes to the IOC, which will then issue invitations to Russian competitors.

“I think the IOC will make sure that the strongest Russian athletes get the invitations, so that, for example, our hockey team consists of the best players,” Zhukov said.

Russian athletes going to Pyeongchang still need to pass a screening from an IOC committee which will examine their history of drug testing.

Zhukov said Russia still denies operating a doping program at the 2014 Olympics and rejected any suggestion he had made a deal with the IOC to avoid harsher sanctions.

“It’s unacceptable to take away an athlete’s right to represent his country. In my view, it breaks not only the Olympic charter, but human rights,” Zhukov said. “So you really can’t talk about a deal here.

Individual athletes could still decide to skip the Olympics in protest, but the ROC said it has carried out a survey which didn’t find any who intend to boycott.

Twenty-five of the athletes banned from Sochi have filed appeals to the Court of Arbitration for Sport. IOC rules bar Russians from Pyeongchang if they have previously served doping bans.

Russia will send a delegation to Switzerland on Friday to discuss details such as neutral uniforms and whether athletes can wear national colors.

Last week, the IOC ruled that Russia’s suspension could be “partially or fully” lifted in time for the closing ceremony on Feb. 25 if Russia complies with its rulings.

“Well, we are athletes from Russia. Sure, they’ve taken the flag and the anthem away, but they haven’t taken our honor, conscience, patriotism, love for the country,” Kovalchuk said. “That’s in your heart and no one can take it, so we should get out there and fight twice as hard.” 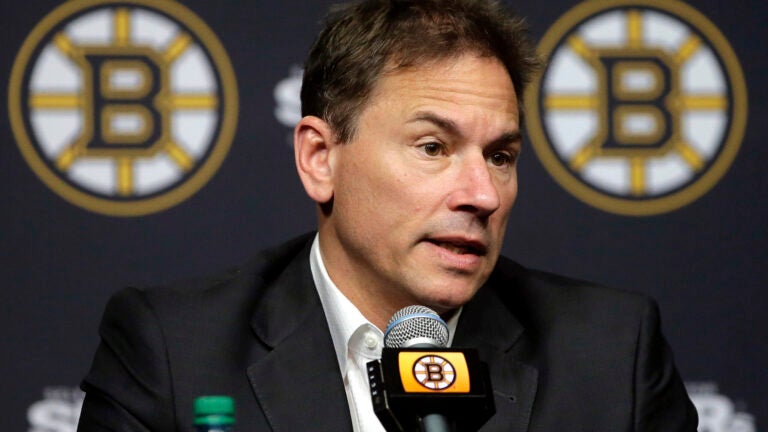