Whether you watched Mirai Nagasu become the first American woman to land a triple axel in the Olympics or just heard the reaction to it Sunday night, it was clear Nagasu had pulled off a rare and exceptionally difficult feat.

But what, exactly, did she do?

An axel is one of the six main jumps that make up every figure skating program done in competition today. It’s notable and recognizable to the casual fan because it’s the only one begun facing forward.

To complete an axel, a skater takes off from the outside edge of one skate, rotates in the air and lands on the outside edge of the opposite skate. An axel is an “edge’’ jump, meaning that a skater springs herself into the air from bent knees instead of using a toe pick to push off the ice like in a toe loop, flip or lutz.

The word “double’’ or “triple’’ refers to the number of rotations a skater completes before landing on the opposite skate she took off from. Because a skater takes off for an axel skating forward and lands it skating backward, though, there’s really an extra half-rotation in the jump. A skater must complete 3.5 rotations before landing to successfully complete a triple axel.

An axel is a required element of both the short program and free skate but, even at the highest levels of women’s competition, nearly everyone does a double axel. Triple axels are more common in men’s skating; no one has ever landed a quadruple axel in competition.

It takes incredible strength and body control for a skater to get enough height and to get into the jump fast enough to complete all the rotations before landing with a strong enough base to absorb the force generated. Japanese skating icon Mao Asada was the only skater to complete a triple axel during the Sochi Olympics, but even she fell when she first attempted the jump during her short program and under-rotated it.

With the triple axel in mind, Nagasu even cut down the number of rhinestones on her skating outfits to shed weight, her costume designer Pat Pearsall told NBCOlympics.com.

It worked, and Nagasu made history. Tonya Harding was famously the first American woman to successfully land a triple axel, doing so at the 1991 US championships but, until Sunday, only Japanese skaters Asada (rebounded and landed the jump in her free skate in Sochi) and Midori Ito had done so in Olympic competition. 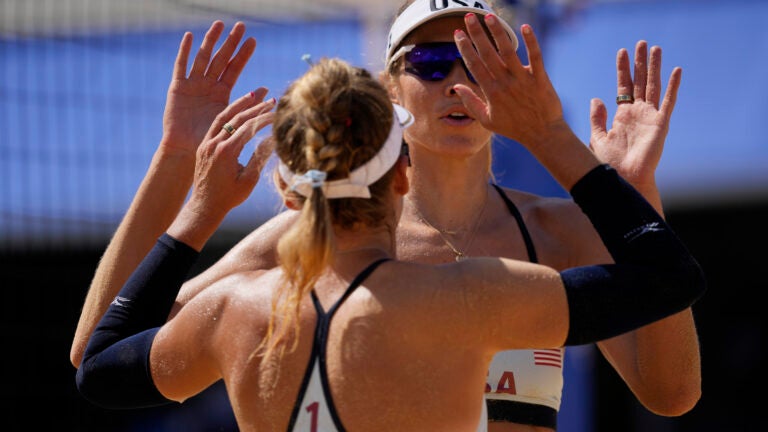