Michael Phelps was hanging at the pool on Tuesday.

No, he’s not planning another comeback.

He’s got a bigger goal to tackle.

After revealing the depths of his depression — and even thoughts of suicide after his second drunken-driving arrest — Phelps is hoping to make a difference for those who are dealing with similar issues.

The 23-time Olympic gold medalist announced a partnership with Talkspace, which provides online therapy, and said he considers it a higher calling than anything he ever did as a swimmer.

“Somebody told me yesterday about his daughter going through a very, very deep depression and not really wanting to be alive,” Phelps said in a telephone interview with The Associated Press during a pool outing in Arizona with his wife and two young children. “She read stories about me opening up. He told me how much that helped her. For me, that’s way bigger than ever winning gold medals. The chance to potentially save a life, to give that person an opportunity to grow and learn and help someone else, there’s nothing better in life.”

Despite his unprecedented success as an athlete, Phelps went through plenty of dark moments.

His first DUI arrest came when he was just 19, a few months after he won six gold medals at the 2004 Summer Olympics. He was briefly suspended after a picture emerged of him smoking from a marijuana pipe after his record eight gold medals at the 2008 Beijing Games. He struggled to get motivated heading into the 2012 Olympics.

But his low point came in 2014, after he abandoned retirement to compete in a fifth Olympics only to be arrested again for driving under the influence . He checked into an Arizona rehab clinic and finally realized just how much he was hurting — so much so, he wasn’t sure he wanted to go on living.

Phelps said he’s in a much better place these days. He’s happily married and living in suburban Phoenix with his expanding family, 2-year-old Boomer and 3-month-old Beckett . He’s satisfied with his career, saying there’s nothing left to accomplish at the pool.

But there are lingering struggles with depression and anxiety.

He figures it will be that way for the rest of his life.

“I still go through times that are very challenging. I do break down and maybe have a bad day, where I’m not in a good mental state,” Phelps said. “I understand that. It’s who I am. I guess that will always be something that’s a part of me.”

He hopes his deal with Talkspace, which helps connect those in need with therapists through a computer, tablet or smartphone, will help to remove some of the stigma associated with mental health — especially for those who are reluctant to seek out help in person or may not have the financial means.

Phelps said mental health is especially important when suicide rates are on the rise and a series of school shootings have rocked the United States .

“I feel like with all the issues we have in this world, this is something where I can truly make significant impact,” he said.

The 32-year-old Phelps has kept himself in good condition since Rio. He rides a bike nearly every day and still works out at the pool at least twice a week. When he stepped on the scales Monday, he weighed 192 pounds — 3 pounds less than he was at his last Olympics.

“Could I come back? Yes,” he said. “I think it would be even easier than it was in 2014 (when he officially ended his first stab at retirement). I’m in better shape now than I was then.”

But, with those tantalizing words, Phelps quickly struck down any thought of returning to competitive swimming.

He simply doesn’t have any motivation to add to his record haul .

“Would I like to break a world record? Yeah, obviously,” Phelps said. “But I also know what I did to prepare for Rio. I thought I did a pretty damn good job of getting myself ready to go. I didn’t want any what-ifs 20 years down the road. Twenty years down the road, I won’t have that. I’ll be able to say I was happy with how I finished my career. I was happy to be able to have my family there, to have my first-born there to watch. I’ll have those memories forever.

“All good things must come to an end eventually. That was the best way to go out.” 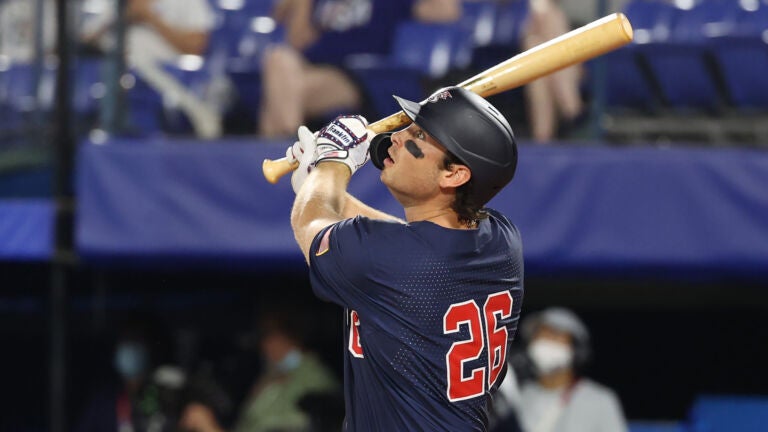