It was right around this time last spring when Alice Merryweather committed herself to losing weight she had no reason to lose. It would become her focus. The world was shutting down because of the coronavirus pandemic. The World Cup ski circuit she had worked so hard to be a part of was canceled. Her classes at Dartmouth were going completely remote. She wanted to count the calories. She wanted to step on the scale. She made rules about what she could eat and when. She wanted to regain control.

“When I’m feeling hungry, that’s a good sign,” she told herself then. “That means I’m strong and I am powerful and I’m pushing through.”

Over the previous couple of years, she had become increasingly frustrated with how she looked in a form-fitting ski suit. She entered the lockdown trying to reach 140 pounds, around 10 pounds lighter than the weight that would best allow her to swiftly sail down mountains. By a September training camp in Europe with her U.S. Ski and Snowboard Association teammates, she stepped on the scale and read the number: 128. She wasn’t powerfully building her body up. She was methodically breaking it down.

“I didn’t really realize I had a problem for a long time,” Merryweather said by phone last week. “My moods were all over the place. I would have these really intense swings where I’d be feeling fine, and then a switch would flip and I would get really angry or upset at something small. I was always cold. I was so tired all the time, and I would just break down almost every day.”

Headed into what was supposed to be an important season, Merryweather was a mess. She had been a late addition to the 2018 Olympic team and was really along for the experience. In 2022, she hoped to contend. Instead, she had lost her love for the sport that had driven her for 16 of her 24 years. The medical team with the USSA arranged for her to travel to Texas, where she met with a team of doctors who specialize in athletes with eating disorders. Then came the diagnosis: anorexia nervosa, an eating disorder that is characterized by low body weight, an intense fear of gaining weight and a distorted perception of weight.

“That kind of blew me away,” Merryweather said. “Like, what? There’s no chance. I would never do that to myself. I don’t have that!”

Ask Alice Merryweather, in March 2021, where she expects to be in 11 months, and the answer is resolute: Beijing. “I fully intend to be racing at those Olympics,” she said, with zero hesitation.

If that’s the case, then remember what she went through to get into the start gate and the message she’ll carry with her down the slope. She is in the process of what she hopes will be a successful recovery, of reprogramming her brain, of redefining her relationships with food and her own body, of regaining her love for ski racing. She is feeling better. She is eating better. But even as she looks off almost a year into the distance and feels some combination of optimism and confidence, there is a day-to-day nature of her battle with anorexia that can’t be overlooked.

“The disordered voice is really loud,” Merryweather said. “I’ll wake up and have a bad day from the start. On those days, it’s a lot harder to say that with confidence, to believe in myself.”

Her recovery began in earnest after she flailed in a November training camp, unable to keep up with teammates with whom she is normally competitive. At that point, the doctors Merryweather was working with – both with the USSA and the specialists in Texas – strongly recommended checking into a facility. She thought her coaches might want her to push through. The reality: Alex Hoedlmoser, the head speed coach for the women’s Alpine team, told her, “If you show up for the races, you’ll get your ass kicked.” 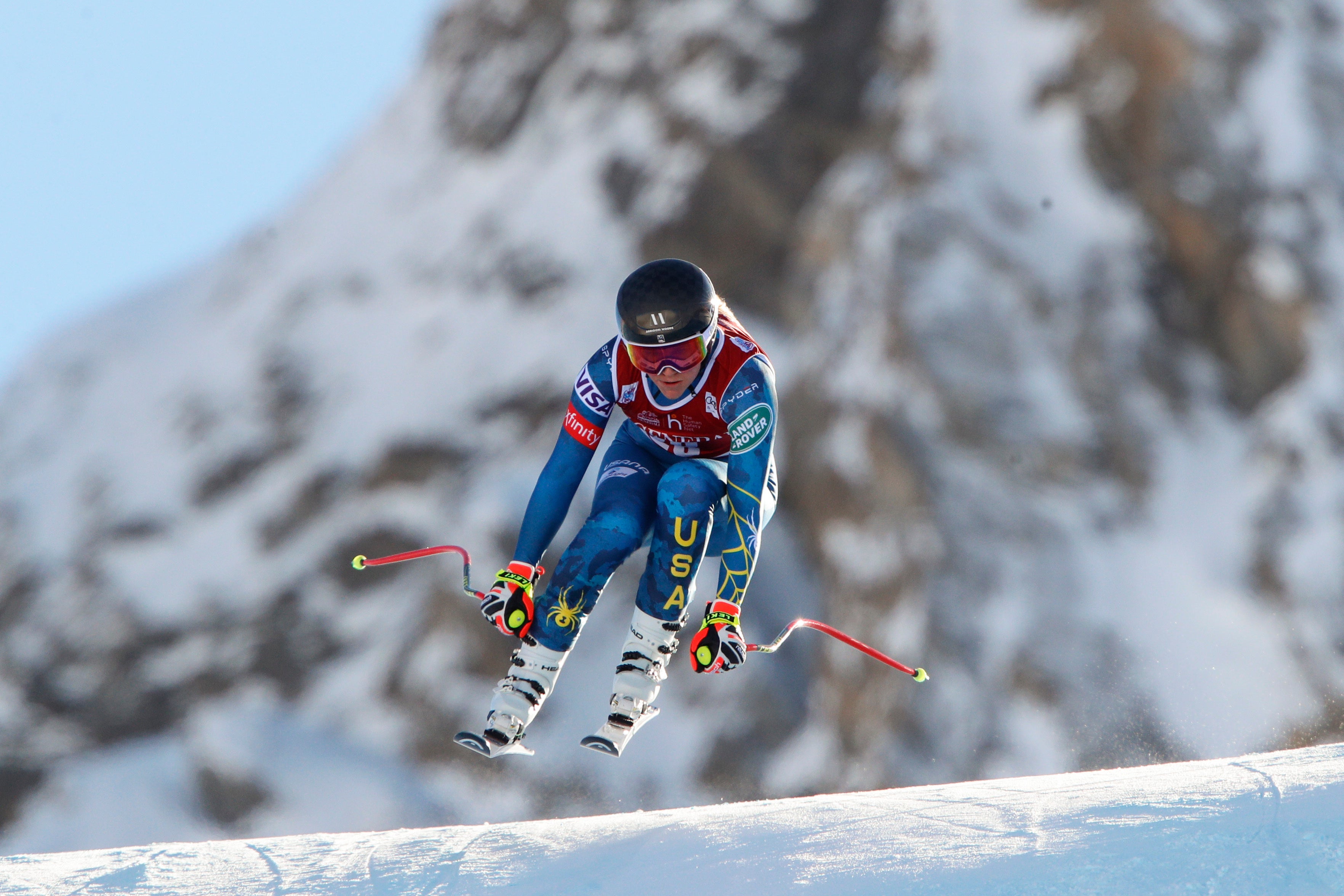 So as her teammates headed to Europe to start the season, Merryweather was off to Denver for six weeks of intense inpatient treatment. Among the questions she explored: How does an athlete in a sport that requires mass and power – indeed, that celebrates those qualities – become so dissatisfied with looking at her own body in a ski suit that she starved herself?

“As an athlete – and I think this is pretty typical across elite athletes – we’re always trying to push ourselves, not just in athletics but in all aspects of life,” she said. “I always pushed myself as a student. I push myself in the gym. I push myself on snow. I want to be a good person. If I’m not holding myself to the highest standard, then I feel like I’m being complacent.

“And this was kind of a way that when everything got pretty overwhelming, when the pandemic first set in, I didn’t feel like I had much control over being able to push myself. . . . So taking control of my diet and of my intake was kind of that way to feel like I wasn’t being complacent, like I was still trying to be the best version of myself.”

She discovered something other than that. Merryweather initially thought she would miss only the first handful of races to start the season. Instead, she realized there was no quick fix. There’s a line between striving for excellence and hurting yourself, she knows now, and seeking help is a show of strength, not weakness.

So while the U.S. women’s Alpine team has had breakthrough performances, Merryweather has remained in Park City, Utah – removed from competition and her teammates, as well as from her childhood home in Hingham, Mass. She has free skied and enjoyed it. She initially had difficulty watching World Cup races. She was jealous. She was sad. Slowly, that changed. Last month, she watched the world championships. She FaceTimes her teammates at least once every two weeks.

“I’ve enjoyed feeling that kind of jealousy and sadness because I think it fuels my passion to get back,” she said. “I’ve definitely fallen back in love with skiing so hard over the last two months.”

What a process. Merryweather’s everyday existence is different now. Instead of skipping breakfast and refusing to eat between meals, she carries snacks at all times – granola bars, peanut butter pretzels, trail mix, the taboos of the past that are now embraced.

On Tuesday, Merryweather was thinking about our wide-ranging conversation from last week. She texted me something she needed to add: “I want people everywhere, especially female athletes, to remember how incredible their bodies are, that they allow us to live day in and day out, and to do some pretty incredible stuff. I’ve been practicing a lot of gratitude for my body and what it does for me, and that’s been a big step along my path toward self-acceptance.”

A year ago, she couldn’t have typed that. A year from now, she hopes to be celebrating both her body and what it allows her to accomplish.

“There’s nothing stopping me from qualifying for the Games and hopefully contending for a medal,” Merryweather said. “That would be my goal.” 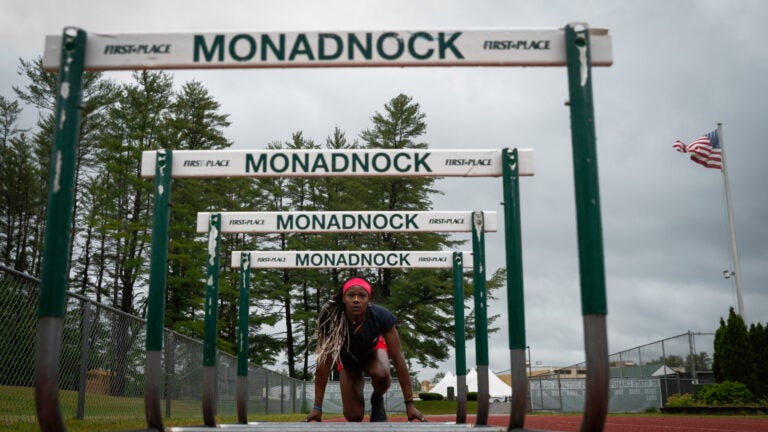