At the Tokyo 2020 Olympics, which begin this week with preliminary action Wednesday and the Opening Ceremony Friday, Team USA will feature many athletes and coaches with New England ties.

Here’s a closer look at athletes whose listed hometown is in New England and have been named to the 613-member US delegation, or have other connections to the region.

Triston Casas and Jack Lopez – The Red Sox took Casas, a third baseman, with the 26th pick in 2018. He’s assigned to the Double A Portland Sea Dogs and is hitting .271 with six home runs and 30 RBIs. Lopez, a second baseman, was a 16th-round selection in 2011 and is hitting .304 for the Triple A Worcester Red Sox.

Jayson Tatum – The Celtics star missed a recent scrimmage against Argentina because of right knee soreness, but he practiced later in the week and should be on track to compete in the Games. He’s represented the United States in the past but is a first-time Olympian. Tatum is wearing No. 10 to honor his idol and mentor, Kobe Bryant.

Rashida Ellis – One of the nation’s most gifted amateur boxers, she’s the favorite to win gold in the lightweight division. She was named USA Boxing’s Elite Female Boxer of the Year in 2019 and is hoping to win for her family and the city of Lynn. “My parents’ 41st anniversary is this summer, and I won’t be home for it,” Ellis said. “My gift to them will be my gold medal.”

Gia Doonan – A Rochester, Mass., native and Fairhaven High School and Tabor Academy product, the 27-year-old will take part in the women’s eights. The 6-footer won gold in the four and eight at the 2016 World Rowing Under 23 Championships.

​​”We won two gold medals in the world championships, so I was like wait a minute, if I’m winning gold in both events at the U23s, then the next step is the Olympic team,” Doonan told radio station FUN 107 in a recent interview.

Conor Harrity – Harrity finished fourth in the eight at the 2018 World Rowing Championships and fifth in 2019. The 6-foot-4 Weston native, a Boston College High School and Harvard University team captain, is set to represent the United States at the Olympics for the first time.

Cicely Madden – Originally from Weston, the Buckingham Browne and Nichols and Brown University graduate will represent the United States in the women’s quadruple sculls.

She took second at the 2019 World Rowing Cup II in the double sculls in 2019. The 26-year-old, who trains in Cambridge, has been a part of several national teams and is set to compete in her first Olympics.

Alexander Richards – He grew up in Watertown, attended Belmont Hill and Harvard University, and is an aspiring comedian.

Regina Salmons – The former All-Ivy First Team selection at Princeton University is originally from Methuen. She attended The Derryfield School in Manchester, New Hampshire, and loves to write poetry in her spare time.

In 2018, Salmons helped Penn earn its first medal at the Ivy League Championships since 1980. She won gold in the intermediate four with coxswain at the 2015 USRowing Club National Championships and in the four and eight at the 2016 World Rowing Under 23 Championships. She’ll compete in the women’s eights.

Stone, a resident at Beth Israel Deaconess Medical Center, took the silver medal in the single at the Rio Games and also competed in the event in 2012. Wagner is making her first trip to the Olympics. They finished second and third, respectively, in the women’s single sculls in February then elected to team up in doubles.

Eli Dershwitz – Dershwitz was the youngest member of the U.S. fencing team at the 2016 Olympics, and he’ll hope to improve upon his 19th-place finish this time around.

A 2014 Dover-Sherborn and 2019 Harvard graduate, the Boston resident has competed in sabre fencing on an international level since 2013. He’s currently ranked the No. 2 fencer for men’s sabre in the world.

Andrew Mackiewicz – The Westwood native was a two-time Men’s Sabre NCAA National Champion at Penn State. He began at Zeta Fencing in Natick at age 8.

“I just remember I liked ‘Star Wars’, and I’m still a huge fan,” Mackiewicz said. “So instead of running around hitting my brother with light sabres my parents signed me up for fencing, and I’ve stuck with it ever since.”

Madison Hughes – Hughes captained Team USA in Rio in 2016 and is back for a second go this summer. He was born in Epsom, Great Britain, was raised in Lancaster, Mass., and attended Dartmouth College.

According to the Team USA website, he grew up a Red Sox and Patriots fan even though he was born in England.

Kristi Kirshe – Her Instagram bio is “Just a kid from Boston living the rugby dream.” A 2013 Franklin High and 2017 Williams College graduate, she didn’t pick up the sport until age 23. Now 26, she’s heading to her first Olympics.

She played soccer at Williams, and her favorite movie is “Good Will Hunting.”

Sam and Kristie Mewis – The former Whitman-Hanson stars are hoping to help the United States capture gold among a loaded field.

Kristie, 30, has four goals and four assists in 26 appearances for the U.S. National Team. Sam, 28, has 23 goals and nine assists in 77 games and recently took home the ESPY for Best International Athlete, Women’s Soccer.

Michael Hixon – A 3-meter diving speciaist, the 27-year-old Hixon grew up in Amherst, Mass. He took silver in the synchronized 3-meter and 10th in the individual 3-meter in Rio in 2016.

His mother, Mandy, dove at Ohio State and was the diving coach at UMass. She coached him until he began his college career. His father, David, coached basketball at Amherst College for 42 years.

Ruby Remati and Lindi Schroeder – The 19-year-old artistic swimmer Schroeder, who grew up in Andover and attended Phillips Academy, is the first Massachusetts resident in her sport to compete in the Games since Plymouth resident Kate Hooven in 2008. Schroeder was a finalist at 2019 worlds and the 2016 Junior World Championship.

Remati, an alternate who replaced Rio veteran Anita Alvarez after Alvarez passed out briefly in the water in prelims, is also from Andover.

Heather MacLean – Her coach, Mark Coogan, describes her as “a blue-collar kid” who prefers Dunkin’ Donuts to Starbucks and would rather have a Sam Adams than a Tree House. The 25-year-old Peabody-raised UMass Amherst grad is the first UMass women’s track athlete to make the Olympics.

MacLean, who didn’t start running competitively until junior year of high school, said she questioned many times whether she should run full-time, but now she’s heading to the Olympics to compete in the 1500.

The 26-year-old trains with teammate MacLean, and the Attleborough-raised Coogan is her coach. She’s a member of the New Balance Boston track team.

Molly Seidel – Seidel, a 27-year-old Boston resident originally from Wisconsin, qualified in the marathon with a second-place finish at Olympic Team Trials. She was an NCAA champion in the 3,000, 5,000, and outdoor 10,000 while at Notre Dame.

​​“Ever since I was a little kid, this was the only thing I dreamed about doing,” she said on “NBC Nightly News with Lester Holt” last March. “To be able to say, ‘Yes, I’m an American athlete,’ that’s the highest honor, I think, an athlete can have.”

Gabby Thomas – After winning the 200 at Trials, Thomas enters the Olympics as the favorite to capture the gold medal. The 24-year-old sprinter, who is from Florence, Mass., attended Williston Northampton School in Easthampton.

She’s also slated to compete in the 4×100-meter relay team. This is her first time representing the United States at the Olympics.

Hack, who was born in Springfield, Mass., finished fourth in the men’s eight at Rio and will have a chance to medal this time around. Naeher is on track to start at goalie for the United States.

New Hampshire – Jessica Parratto (Dover, diving). Parratto, who placed seventh in synchronized 10-meter diving and 10th in individual 10-meter diving in 2016, is back for round two.

Vermont – Ilona Maher (Burlington, rugby). Maher, a Burlington (Vermont) High School and Quinnipiac University graduate, lettered in field hockey, basketball, and soccer before transitioning to rugby. She earned the MA Sorensen Award, given to the best women’s rugby player in college athletics, in 2017. 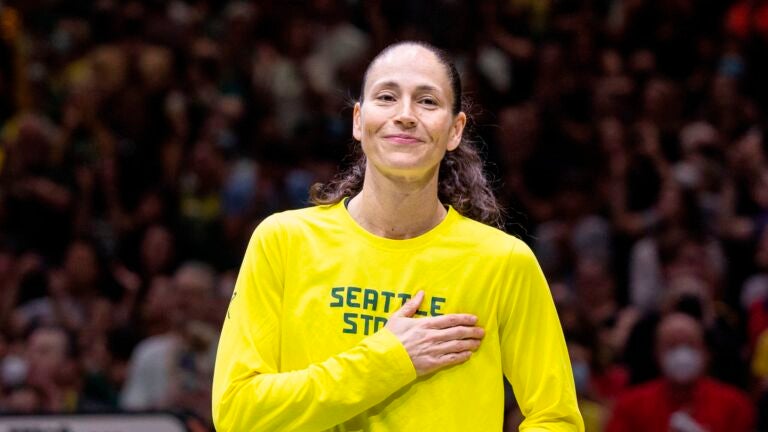