After a yearlong delay, the 2020 Summer Olympics games are set to begin this week in Tokyo with an Opening Ceremony kicking things off on Friday, July 23.

With no fans and social distancing measures in place due to COVID-19, the ceremony, just like much of the Games, will look a lot different than it has in past years.

Here are a few answers to questions about how and where to watch the Opening Ceremony, and what to expect.

What time does the Opening Ceremony start?

In Tokyo, the ceremony starts at 8 p.m., but with the 13-hour time difference, it will begin at 7 a.m. on the East Coast.

How can I watch the ceremony?

NBC will begin coverage at 6:55 a.m. The ceremony can also be streamed on the NBC Sports app, and NBCOlympics.com. Savannah Guthrie, the anchor for “Today,” and NBC Sports’ Mike Tirico will host NBC’s coverage.

The network will also air a packaged prime-time version of the ceremony at 7:30 p.m. Eastern Friday. Coverage will also be replayed again overnight for viewers who missed earlier broadcasts.

Here is a livestream link to the event: https://stream.nbcolympics.com/nbc-opening-ceremony

What can viewers expect during the event?

One of the highlights of the Opening Ceremony is the Parade of the Nations in which athletes from the 205 countries participating in the 2020 Games will march their way into the Olympic stadium behind their flag.

US women’s basketball player Sue Bird, who has won gold four times, and baseball player Eddy Alvarez, a 2014 silver medalist in speedskating, will be the flag bearers for the United States and will lead the delegation of more than 230 US players. There are 613 athletes on Team USA.

The parade has been an Olympic ritual since the first march at the 1908 Games in London.

The ceremony will also include the entry of the host nation’s head of state (Japanese Emperor Naruhito) and the playing of Japan’s national anthem. There will be the annual symbolic release of doves — although real doves have not been released since 1988 during the Seoul Games because of an incident involving the Olympic torch. The ceremony will also include the opening of the Games by the head of state, the taking of various oaths, and an artistic program.

Information about performers during the ceremony has not been released. “We’re hoping that there will still be that energy and excitement, but of course it will be different, just like everything post-pandemic has changed. But they still plan to put on a really big, beautiful, patriotic show,” said NBC personality Guthrie, who added that she has been “sworn to secrecy” about the performers involved.

How long is the Opening Ceremony?

Will fans be allowed?

No. Because of COVID-19, fans will not be allowed at most Olympic events this year. Officials revealed Thursday that just 950 stakeholders were expected to attend.

Material from the New York Times was used in this report. 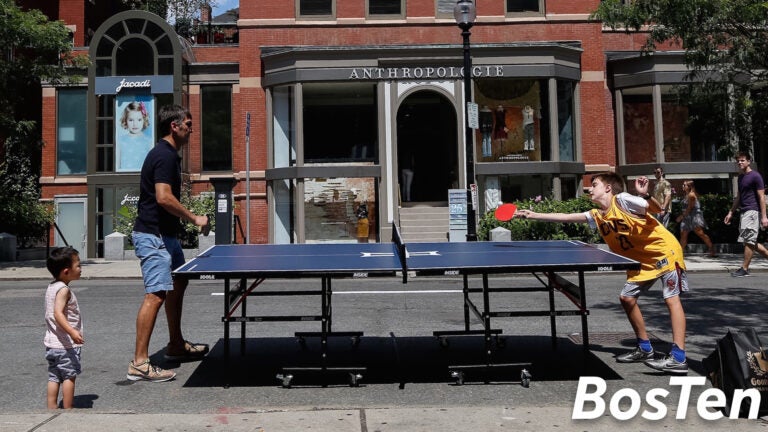