TOKYO — After the final point, after all that she had been through, Hend Zaza, the youngest Olympian at the Tokyo Games, shed a tear.

Reaching the Olympics is no small feat, let alone at age 12 and from war-torn Syria, where finding a safe place to train with uninterrupted electricity was a challenge.

But Zaza’s Olympic appearance was short-lived. She lost Saturday in straight sets (4-11, 9-11, 3-11, 5-11) to Liu Jia of Austria in the opening round of the women’s singles table tennis tournament. Afterward, Liu, 39, walked over to Zaza and offered a hug.

“I had maternal feelings,” said Liu, who has a 10-year-old daughter. “It was less about the sport side of this game and more the human side.”

At 12 years and 204 days, Zaza became the youngest table tennis player ever to compete in the Olympics, according to the Tokyo Games. She was the youngest Olympian in any sport since 1992, when Judit Kiss of Hungary, then 12, competed in swimming, and 11-year-old Carlos Font of Spain participated in rowing.

Although Zaza had hoped for a better showing, the loss capped a whirlwind trip. The night before her match, she was a flag bearer for Syria at the opening ceremony. A late night, plus the lingering six-hour jet lag, meant that she barely slept — not great preparation against Liu, who is making her sixth Olympic appearance.

“I was hoping for a winning match and for better play, but it’s a tough opponent so it’s a good lesson for me, especially with the first Olympics,” Zaza said through an interpreter. “I will work on it to get a better result next time, hopefully.”

Still, with her long hair bouncing as she moved around the table, Zaza showed ability that impressed her seasoned opponent.

“I had to remind myself not to underestimate her,” Liu said. She called Zaza “a great talent” with good rhythm and instincts who simply needed more experience.

Zaza began playing table tennis at 5, following in the footsteps of an older brother. A local coach, Adham Aljamaan, spotted her and took her under his wing.

For most of Zaza’s life, Syria has been locked in a civil war. She practiced in a place with old tables, a concrete floor and frequent power outages, according to the International Table Tennis Federation’s publication.

At 11, Zaza qualified for the Tokyo Games by defeating 42-year-old Mariana Sahakian of Lebanon in the Western Asia Olympic qualification tournament in Jordan last year. The Chinese Olympic Committee invited Zaza to train in China, a table tennis powerhouse, once coronavirus pandemic restrictions were lifted, she said.

“For the last five years, I’ve been through many different experiences, especially with the war happening around the country, with the postponement, with the funding for the Olympics,” Zaza said. “It was very tough. But I had to fight for it.”

She added: “And this is my message to everyone who wishes to have the same situation: Fight for your dream, try hard regardless of the difficulties that you’re having, and you will reach your goal.” 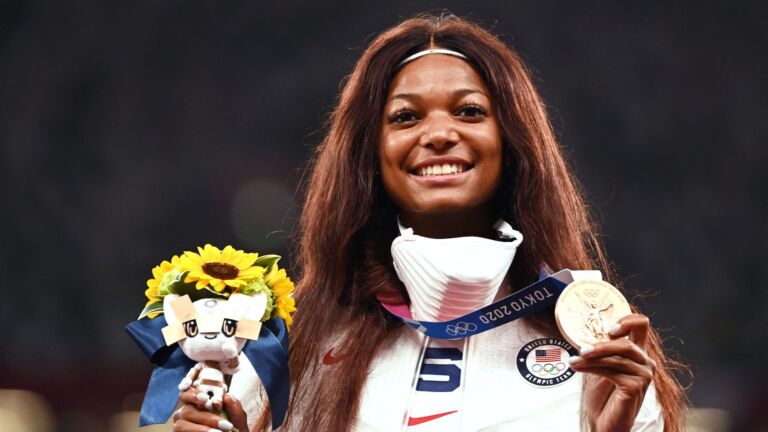