For television broadcasters worldwide, the parade of nations during the opening of the Olympics can be an exercise in diplomacy and global awareness, with media outlets resorting to trivia nuggets, athlete profiles and geopolitical musings to fill airtime.

But one South Korean broadcaster has apologized for its choice of “inappropriate” images that appeared next to the names of several countries Friday during its coverage of the opening ceremony.

The images drew criticism from viewers, who said they were offensive or had perpetuated stereotypes.

As the contingent of Olympic athletes from Italy entered Tokyo’s Olympic Stadium for the parade of nations, the broadcaster, MBC, aired a photo of a pizza.

For Norway? A piece of salmon.

Then there was Ukraine, which the broadcaster reminded viewers was where the Chernobyl nuclear disaster happened in 1986, complete with a photo of the doomed power station.

“The images and captions are intended to make it easier for the viewers to understand the entering countries quickly during the opening ceremony,” MBC said in a statement in English, published Saturday on Twitter. “However, we admit there was a lack of consideration for the countries concerned, and inspection was not thorough enough. It is an inexcusable mistake.”

Raphael Rashid, a freelance journalist based in Seoul, drew attention to the images on Twitter.

“When Haitian athletes entered the stadium, an on-screen explanation said, ‘the political situation is fogged by the assassination of the president,’” Rashid wrote. “When Syrian athletes entered, it said ‘rich underground resources; a civil war that has been going on for 10 years.’”

For Romania, the broadcaster used an image of Count Dracula. And for the Marshall Islands, it noted that it had once been a nuclear test site for the United States.

When it was Malaysia’s turn in the parade of nations, MBC showed a graphic with that country’s coronavirus vaccination rate, along with its gross domestic product.

In its statement, MBC said it would investigate the process of how the images, and the captions that accompanied them, had been chosen and vetted.

“Furthermore, we will fundamentally reexamine the production system of sports programs to avoid any similar accidents in the future,” the broadcaster said.

The Korea Herald reported that this was not the first time that MBC had made a misstep during the Olympics.

In 2008, the news website said, the broadcaster was penalized by the Korea Communications Commission for disparaging countries participating in the Beijing Olympics with its captions. The broadcaster described Sudan as an unstable country with a long civil war and Zimbabwe as a country with deadly inflation. 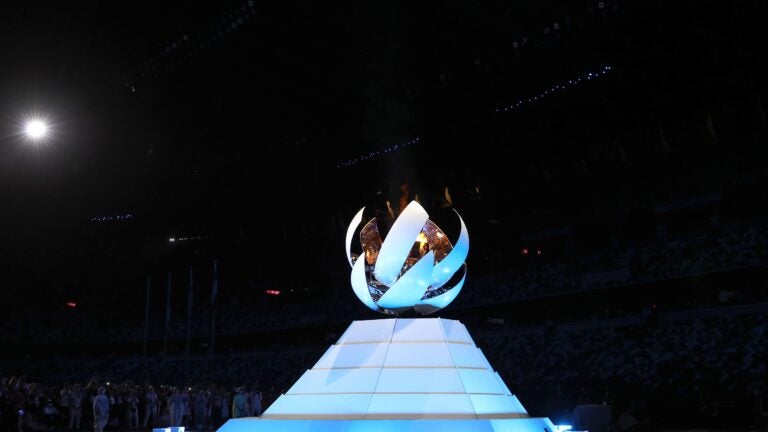