TOKYO — There is never a shortage of strong U.S. teams heading to the Olympics. The women’s basketball team has won six consecutive gold medals, and the men’s team three in a row. The larger-than-life personalities on the World Cup-winning women’s soccer team have captured the news media spotlight, and the women’s gymnastics team, led by Simone Biles, is a heavy favorite in Tokyo.

But one of the best U.S. squads is one you may have never seen: the women’s water polo team.

And the Americans don’t merely win their games; they dominate in them. The U.S. team beat Italy in the 2016 Olympics, 12-5, and thumped Spain in the last two world championships, 11-6 and 13-6. And those were the finals. In preliminary rounds, 20-goal victories are not unusual.

On Saturday, the Americans got their Olympic Games started with a 25-4 win over Japan. Even when the U.S. team does stutter, it normally doesn’t last long: On Monday, the team was tied with China, 6-6, at halftime. China managed only one more goal, though, and the United States pulled away to win comfortably, 12-7.

Even the Americans’ opponents acknowledge their clear superiority.

“I feel honored because it is my first Olympic game, and we played it with the United States, which is the strongest in the world,” Yumi Arima of Japan said after Saturday’s demolition.

Deep and talented, the U.S. team boasts two true superstars. Maggie Steffens, 28, the captain, is perhaps the best women’s player in the world, the scorer of the most goals and the winner of most valuable player honors at both the London and Rio Games. Teammate Ashleigh Johnson, 26, might be the world’s best goalkeeper. The first Black woman to play on the U.S. team, she had the top save percentage in her first Olympic Games, in 2016.

She is also a geographical exception: While, as a group, the players are mostly Californians, Johnson is a Floridian who became a first-team All-American at Princeton.

“I’m an outsider in a lot of ways,” she said. “Water polo isn’t a very popular sport in Miami.”

What Johnson and all of her teammates have, though, is the kind of multidimensional intelligence that is vital in their tactical, fast-shifting sport.

“And the third is the mental game: mental toughness, resilience, but also intelligence. Water polo is like a moving chess board. Every time you think you’ve solved the problem, there’s another moving piece.”

In most years, the United States measures itself against a standard that few of its rivals ever approach. But over the past year, it may have gained an unexpected benefit from the disruptions caused by the coronavirus pandemic.

Normally, the U.S. women get together only in summers, and for 15 months leading to an Olympics. This time, because the Tokyo Games were delayed for a year, 15 months turned to 27.

That kind of extended togetherness has created a sixth sense among the players, Johnson said.

“If you can anticipate and read what your teammate is planning to do, and meet them where they are, before they get there, that’s a huge advantage,” she said. “Moments when maybe they’re struggling, and you can step in and help, that just builds a depth of trust. It’s really hard to play against that.

“If your team is a group of six or seven women who can act as one, then you might be unstoppable. That’s pretty cool.”

Can this year’s team lose? The pandemic has led to disadvantages, too, as games against international opposition have been postponed and canceled. That means the United States played only four international games in 2020. Because of that, there may be things about opponents that the American players simply do not know, and won’t know until they’re in the water together.

“The journey has been a bit rocky,” said coach Adam Krikorian, who also led the United States in London and Rio. “It’s worked against us at times. It’s tough when you’re just competing against each other.”

As the wait for Tokyo went on and on, even his super team risked losing its edge. Krikorian acknowledged that during the pandemic he sometimes had trouble motivating the players, some of whom had put their lives on hold to train for the Games, and then been asked to do so again. Several members of the team are well into their second decade of elite competition.

“Consistency and camaraderie can lead to complacency,” he said. “All of us having struggled over motivation, especially over the last 15, 16 months.

“Add to that, we’ve had so much success, and it’s natural for us to relax a little bit. One of my main responsibilities is to keep this team on edge. I’m blessed in that they are incredibly competitive, so it doesn’t take a whole lot to get them going.”

Steffens said she motivated herself by setting aside her two previous gold medals.

“Our team this year — that team has never won an Olympic gold medal,” she said.

Acknowledging that the team’s early games may include blowouts, and even more opportunities for the team to let down its guard, Johnson said she and the other players had discussed focusing not on the scoreboard but on the game plan, and on the smaller battles and victories, whatever the score.

“Every type of game has its own little mental battle,” she said. “When there’s a huge score disparity, it’s not necessarily reflective of the team. We’re looking at the best tools of the other team, and trying to take those away.”

Said Krikorian: “I go into every game thinking that there’s a good chance we may lose. That allows me to stay focused. I would like to think there’s a trickle-down effect.”

If there’s a team that might be able to match the United States in Tokyo, it could be Australia, the only opponent to defeat the United States since the Rio Games. The U.S. players and coaches pointed to the physicality of the Australians, as well as the veteran leadership of Bronwen Knox, who will be playing in her fourth Olympics.

But even that rivalry has hardly been a close competition: In 22 encounters against Australia since Rio, the United States is 19-3.

Until they are knocked off their perch, the U.S. stars are prepared to take on all comers. They know, they said, that it is the only way the sport they currently dominate will grow.

“South Africa, this is their first time,” Steffens said of other potential new rivals. “When they go home, guess what the little girls can feel? They say, ‘I can beat her, I can go to the Olympics one day.’ That’s what’s going to grow the sport, especially for women.

And despite their own team’s record of success, the players know the United States has room to grow, too.

“Water polo is concentrated in California,” said Johnson, the Princeton graduate from Miami. “There is so much untapped talent in the U.S. that has yet to be seen. We want all of the best to be representing our sport.”

If that happens, imagine how good the U.S. team will be. 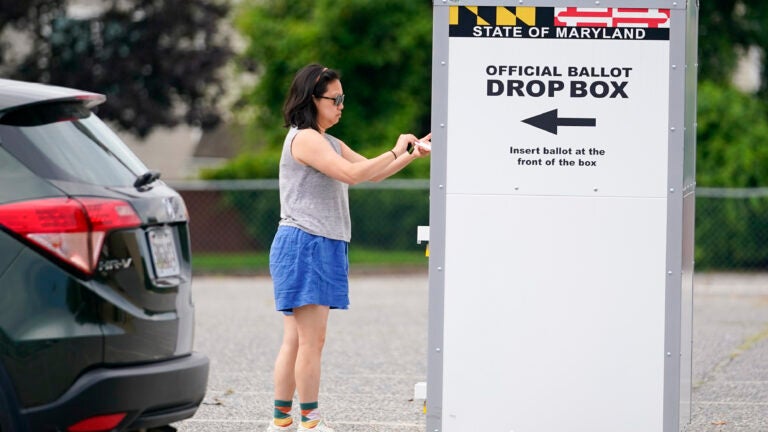