A German cycling official apologized Wednesday after shouting a racial slur during an Olympic time trial.

The incident occurred during the men’s individual trial while German cyclist Nikias Arndt was reportedly trying to make up ground on Algeria’s Azzedine Lagab and Eritrea’s Amanuel Ghebreigzabhier.

Patrick Moster, the sports director for Germany’s cycling federation, was heard yelling at Arndt in German, “Get the camel drivers!”

Moster subsequently said in a statement that his words were “rash” and that “at no point should an athlete from another nation be insulted.”

“The tension is high at the Olympic Games, and your nerves are on edge,” Moster, 54, said in German. “Nevertheless, such a verbal derailment must not happen.”

Moster’s repeated slur could be heard on a German telecast of the event, and analyst Florian Nass immediately objected to the choice of language.

“If I’ve really understood what he was shouting, that was totally wrong,” said Nass (via Deutsche Welle). “Something like that has no place in sport.”

Arndt, whose 19th-place finish in the race put him 14 spots ahead of Ghebreigzabhier and 17 ahead of Lagab, said on Twitter that he was “appalled” and wanted to “distance” himself from Moster’s comments.

“Such words are not acceptable,” Arndt, 29, tweeted in German. He added, “The Olympics and cycling stand for tolerance, respect and fairness. I represent these values 100% and take my hat off to all the great athletes who have come from all over the world here in Tokyo!”

Lagab, 34, responded to Moster by tweeting, “Well, There is no camel race in #olympics that’s why I came to cycling. At least I was there in #Tokyo2020.”

The 44.2-kilometer race, contested by a field of 39, was won by Slovenia’s Primoz Roglic in a time of 55 minutes and 4.19 seconds. Tom Dumoulin earned the silver medal, while Australia’s Rohan Dennis took bronze.

Moster said in an interview afterward that he hoped to be able to continue taking part in the cycling competitions in Tokyo, pointing to his importance to the German team. He added that he had spoken with the president of the German Olympic Sports Confederation, Alfons Hörmann, who said in a statement that he and his organization would address the situation.

The president of the German cycling federation, Rudolf Scharping, echoed Arndt in labeling Moster’s comments during the race as “not acceptable.”

“We will talk about it after the Olympic Games and include Moster’s apology in the assessment,” Hörmann said in a statement, “as well as the particular stress that the German men’s road team was exposed to.”

Africa Rising Cycling, an organization aimed at helping the development of professional cycling teams on the continent, called for the “immediate and unconditional resignation” of Moster.

“This is completely unacceptable and an apology is not enough,” the organization stated.

In an interview Wednesday with German broadcaster ZDF, Moster described himself as “someone who stands for the values ​​of sport” and he touted his support for “smaller or weaker cycling nations.”

“I didn’t want to racially insult or discredit anyone,” he said.

In separate comments to German media, Moster claimed to have “many friends with North African roots.” 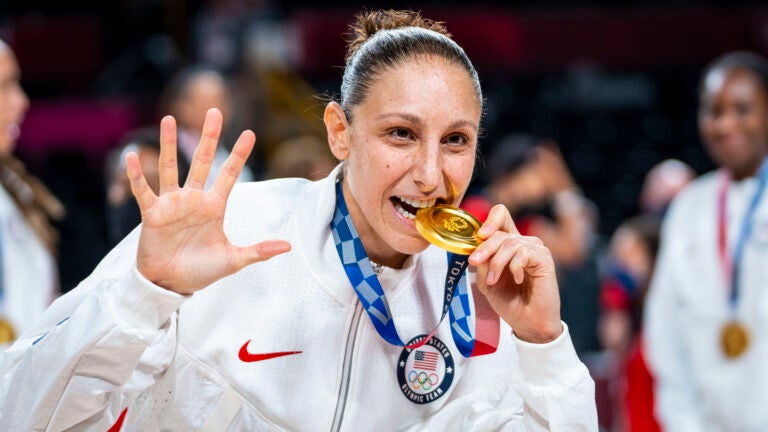 Here's how readers scored on the Boston.com Tokyo Olympics quiz