TOKYO (AP) — Italian runner Marcell Jacobs was the surprising winner of the race to determine the fastest man in the world.

Jacobs crossed the line in 9.80 seconds on Sunday to bring the sprint gold to Italy for the first time. Jacobs topped Fred Kerley of the United States and Andre DeGrasse of Canada to take the spot held for the past 13 years by the now-retired Usain Bolt.

American sprinter Trayvon Bromell came into the Games as the favorite but didn’t make it to the final after finishing third in his semifinal heat. 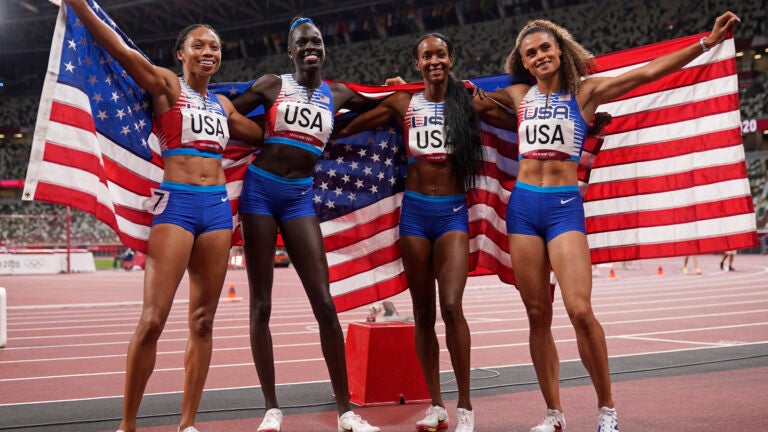