Lee said she was waiting for an Uber in Los Angeles with friends, who were also of Asian descent, when a car pulled up to the group and its occupants screamed slurs and go back to where they came from, the gymnast told Pop Sugar in an interview published Thursday. Someone pepper-sprayed on Lee’s arm and the car sped off. Lee, 18, recalled feeling helpless, struggling to comprehend the recent surge of hate aimed at Asian Americans since the coronavirus pandemic.

“I was so mad, but there was nothing I could do or control because they skirted off,” she said in the interview. “I didn’t do anything to them, and having the reputation, it’s so hard because I didn’t want to do anything that could get me into trouble. I just let it happen.”

Lee is in Los Angeles for the filming of the new season of Dancing With The Stars.

Lee, who grew up in a Hmong immigrant community in St. Paul, told the outlet she feared the repercussions of her reaction to the violence, such as reporting the incident to police.

Through a spokeswoman, Lee declined an interview with The Washington Post.

Concerns about reporting hate offenses are not uncommon. Slightly more than half of hate crime victims reported the attacks to police, according to the Bureau of Justice Statistics.

“When you have someone who is as prominent and beloved as an Olympic medalist feeling hesitancy with reporting, can you imagine what someone who does not have her prominence may feel?” said Brian Levin, who runs the Center for the Study of Hate & Extremism at California State University.

Lee’s star has risen since the Tokyo Games where she clinched the all-around gold medal, the fifth consecutive American woman to win the coveted title.

The news of her attack comes after U.S. karate Olympian Sakura Kokumai said on Instagram that she faced verbal abuse in April. A man approached Koumaki, who is Japanese American, while she was on the phone at a Southern California park and yelled at her. No one came to her aid.

Since the beginning of the pandemic, thousands of Asian Americans have reported being harassed or assaulted – the hate disproportionately directed at women. As of June, advocacy group Stop AAPI Hate has tallied more than 9,000 self-reported hate incidents against Asian Americans and Pacific Islanders since March 2020 – with more than 63% of those reports made by women.

Asian Americans have expressed fears of their safety since early 2020, especially after a gunman stalked three Atlanta-area spas in March, killing eight people, six of whom were women of Asian descent.

Attacks targeting Asian people jumped 73% in 2020, according to the FBI.

Those numbers are likely even higher since some agencies don’t report this data to the FBI or report no hate crimes. In addition, there can be other barriers to reporting hate crimes, such as the concerns Lee voiced.

In communities where English is not the main language used, people may feel like they cannot report incidents or crimes, Levin said. He pointed to resources available to victims such as advocacy organizations like Stop AAPI Hate that collect reports, but acknowledged more needed to be done to meet people where they are.

“Last year was a perfect storm of terrible in regards to hate crimes,” Levin said.

That underlying prejudice has not gone away. Levin warned that as public attention turns to the election and other polarizing stories, backlash could follow, particularly against Asian people.

“Anytime we have a controversy, where there’s anger or fear, and it’s in some way stereotyped,” Levin said, “that kind of air quality affects all the surrounding regions, that toxic smoke of prejudice.” 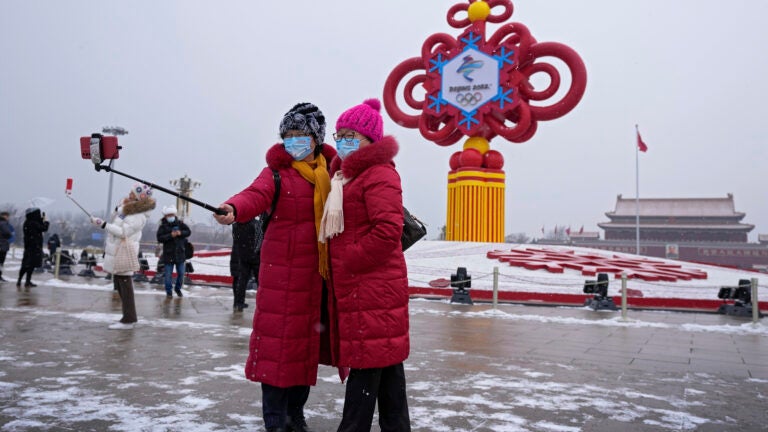 Why journalists are taking burner phones to the Beijing Olympics