Before they became partners in 2011, Madison Hubbell and Zachary Donohue were teenage rivals, and they weren’t crazy about skating together.

“We actually didn’t like each other at all when we first started skating together – like, neither of us wanted to skate together,” Donohue, 31, told The Washington Post via Zoom from Beijing this week, sitting next to Hubbell, 30.

Hubbell agreed, explaining that, at first, the two would “push each other’s buttons” like teens in a romantic comedy. “He thought I was a brat, and I thought he was a jerk, and we would have it out.”

But it didn’t take long for that friction to become something profound – an emotional and physical connection that Hubbell said helped her drop her inhibitions on the ice and that Donohue described as extraordinary. So began a partnership that would last more than a decade, one that has propelled them through a romantic relationship, a breakup, multiple championships and now two medals at the 2022 Games.

Hubbell and Donohue’s rhythm dance program helped deliver the United States a silver medal in the team event, while their free dance won the pair a bronze medal – the first Olympic medals of their careers and very likely their last, as the two have announced plans to soon retire.

Their dances have been described as particularly intimate. As Hubbell and Donohue began the free dance program that ultimately won them bronze, NBC commentator and former Olympian Johnny Weir said the duo’s “performances feel like you’re watching something behind closed doors.”

Yet they have long since broken up and moved on to other romantic relationships. Hubbell is engaged to Spanish figure skater Adrián Díaz, who competed at this year’s Olympics, and Donohue is dating Australian figure skater Chantelle Kerry.

As their romantic lives diverged off the ice, Hubbell and Donohue managed to continue working together in the rink, building the trust and reliance needed to excel in their sport’s most elite competitions. That level of cooperation and partnership left many who have experienced breakups wondering: How have they pulled it off?

“It’s an innate part of our chemistry together,” Donohue said. “I don’t think it’s definable.”

Hubbell said Donohue has been the only person capable of managing what she described as her powerful, crazy and sexual personality on the ice. “The reality was that I never even questioned whether there was another option for me,” even during the pair’s lowest moments, she said.

Hubbell and Donohue’s partnership began in 2011 while both were training in Detroit. They knew each other only from competitions, and they got on each other’s nerves at first.

Yet after a few practices, they discovered something special.

Hubbell said the feeling was exhilarating. Both of them, she said, were “powerful and aggressive” skaters. As they continued to train and compete together, Hubbell said, Donohue helped her become less self-conscious.

“Out of that evolution of just being able to finally at 18, 19 years old, not be afraid of looking like a woman, not be afraid of expressing myself in a more sexual way – I think that’s part of what kind of led into the romantic connection,” Hubbell said.

It happened gradually, then suddenly. Parties with friends led to flirting and then, boom: “It was like, ‘Oh, we kissed once – I guess we’re dating forever,’ and we started dating right away,” Hubbell said.

For the first six to eight months, the romance was “smooth sailing,” Hubbell said, even as their coaches caught on and discouraged the relationship. Yet it was not their coaches but their early wins on the ice that marked the start of the couple’s decline, Hubbell said. The skaters began questioning whether their relationship would compromise their careers.

The couple began experiencing an “up and down” relationship starting around the time of their first World Figure Skating Championships in 2012. They frequently fought in and out of the rink. Even their friends took notice, telling them, “You’re either good dating or you’re good on the ice, and not both,” Hubbell said.

After 2 1/2 years of dating, they chose their athletic partnership. There was never a question of whether they would stop skating together, Hubbell and Donohue said.

“I think that’s what made it easier – that we knew that we wanted to keep skating and that there was no one else for either of us to skate with,” Donohue said, adding, “no one that we would have even considered.”

Understanding the boundaries of their new partnership and building trust took time. While Donohue said there’s never been a lapse in physical trust while on the ice, “there’s a lot of anger that comes along with a breakup, and blame and self-judgment.”

“It definitely took a lot of work and communication to develop a level of trust we have in each other that we never had actually dating,” he said.

Donohue said it took several years to be in a true place of “appreciation and gratitude for the other person.” And only after the 2018 PyeongChang Games, during which the pair suffered a fourth-place disappointment, did they realize there were still unresolved issues.

They’d made progress, Hubbell said, “but not nearly as much as we want, and we want to get back to what we consider to be a healthy relationship.”

Now, after earning two Olympic medals, Hubbell and Donohue have arguably reached the pinnacle of their careers. And, as they look toward retirement, a lot is about to change.

“We spent every day together, basically for 11 years, and we’re going to do shows and all of those things in the future, but we aren’t going to be spending every day with each other, and that’s going to be hard and different,” Hubbell said. “And so we’re just taking it in as much as we can.”

The Washington Post’s Andrea Salcedo contributed to this report. 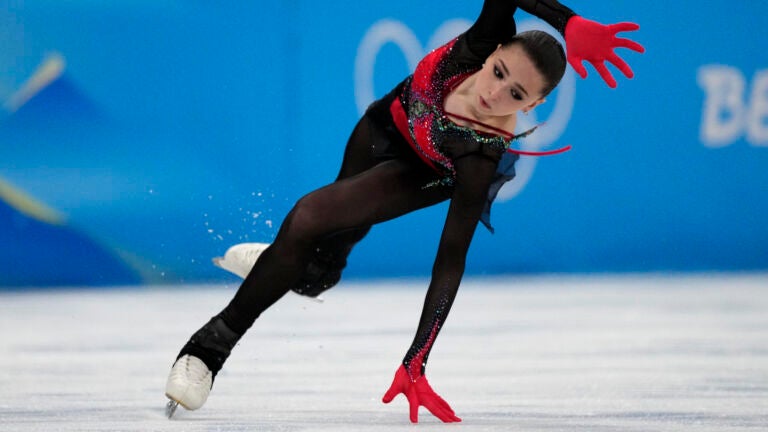