RIGA, Latvia – American WNBA star Brittney Griner was set to appear in a Moscow court Thursday in the third hearing of her trial on drug charges that could result in a 10-year prison sentence, unless U.S. and Russian officials can agree on a prisoner swap.

Griner pleaded guilty last week to carrying cannabis oil in vape cartridges after a senior Russian diplomat hinted that there were channels for negotiation on the matter, but only after her trial is complete.

While pleading guilty, Griner maintained that she did not intend to break Russian law and had been in a rush when she packed, with the vape cartridges ending up in her baggage by accident. She is not expected to testify at Thursday’s hearing. Her legal team, which expects a trial of three to five days, will instead call witnesses in her defense.

It is unclear when Griner will be sentenced. Her lawyer, Maria Blagovolina said last week the legal team would ask the judge for a lenient sentence based on Griner’s guilty plea.

According to the prosecutors’ case, Russian customs officials found two vape cartridges containing .702 grams of cannabis oil in her baggage at Moscow’s Sheremetyevo International Airport in February, a week before Russia’s invasion of Ukraine.

Griner was in the country to play for Russian team UMMC Ekaterinburg during the WNBA off season.

The State Department says Griner has been wrongfully detained by Russia, along with another American, former Marine Paul Whelan, a security consultant convicted of spying who has been in detention since December 2018.

Secretary of State Antony Blinken has said his top priority is to release Griner, Whelan and other Americans wrongly imprisoned overseas.

In April, Moscow swapped Marine veteran Trevor Reed for Konstantin Yaroshenko, a Russian pilot serving a 20-year prison sentence in Connecticut for drug trafficking. Reed had been in poor health for months. He received a nine-year sentence in Russia after being convicted of assault that endangered the lives of police officers. Reed consistently said he was innocent.

The White House said last week that Griner was being held under “intolerable circumstances.” President Joe Biden and Vice President Harris called Griner’s wife, Cherelle Griner, telling her they were doing all they could to secure Griner’s freedom.

Griner recently wrote to Biden begging him not to forget her and other detainees, saying, “I’m terrified I might be here forever.”

State Department efforts to free her have been complicated by the tense relations between Washington and Moscow, which have worsened since President Vladimir Putin’s invasion of Ukraine. Russian officials accuse the United States of using Ukraine as an “anti-Russia” project.

As relations worsened and diplomatic efforts to avert the war failed, the State Department issued an alert to Americans in January not to travel to Russia and warned those in the country to leave if they could.

The deputy chief of mission at the U.S. Embassy in Moscow, Elizabeth Rood, who has attended the court hearings, handed Griner a letter from Biden last week and spoke to her briefly.

Biden’s phone call to Cherelle Griner and his letter to Brittney Griner angered Whelan’s family, already upset that he was left behind in the April prisoner exchange and concerned that his case was not receiving the same attention from officials as Griner’s. After Whelan’s family expressed their anger in media interviews, Biden called Whelan’s sister, Elizabeth, last week.

Whelan traveled to Moscow for a friend’s wedding and was arrested in his hotel room and convicted of spying in a closed trial in 2020, receiving a 16-year sentence. He said throughout the trial that he had been framed. 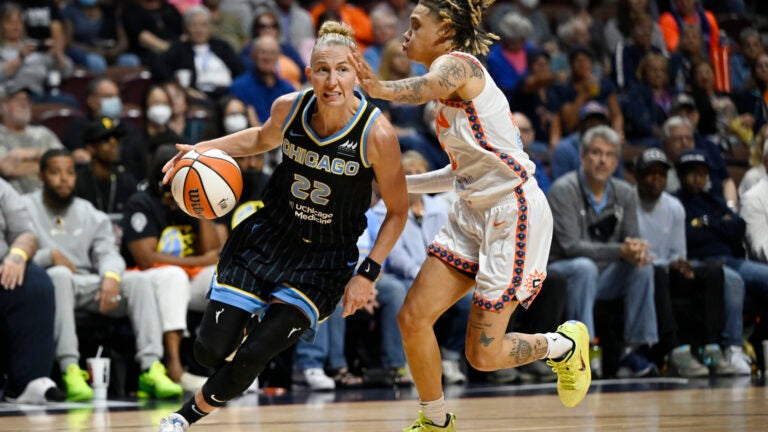