In addition to enjoying a productive 16-year NFL career – including seven seasons in Foxborough – former New England Patriots tight end Benjamin Watson has long been an outspoken voice about the issues of the day, from racial injustice to education reform.

He even gained national attention for his writings on the 2014 killing of Michael Brown in Ferguson, Missouri and the subsequent lack of charges for the officer who shot him. The next year, he turned those reflections on racial injustice and police violence against Black Americans into a book titled “Under Our Skin: Getting Real about Race – and Getting Free from the Fears and Frustrations that Divide Us.”

Following a tumultuous 2020 that saw the country grapple painfully with racism after the killings of George Floyd, Breonna Taylor, and other unarmed Black people, Watson believes there’s a lot of work still left to do in addressing racial injustice in America.

Watson spoke with Boston.com about re-releasing “Under Our Skin” this year in response to last year’s events, the trial of Floyd’s killer, Derek Chauvin, and where America goes from here.

Here’s an excerpt of the conversation.

When Under Our Skin was first released, we were talking about like Ferguson, Eric Garner, Tamir Rice, and Trayvon Martin. Now, we’re having the same discussion around new characters. When did this idea of re-releasing this book come like come to fruition and what were the conversations around that?

Benjamin Watson: Well, last year, obviously, was a – people call it a reckoning on a race, but for many of us, we know that it wasn’t a reckoning, just the latest chapter. It was the latest edition.  Many people reached out and were purchasing books and having small group discussions around the book and how do we digest what we’ve all seen, which was sparked by the killing of George Floyd in Minnesota.

And so that conversation brought a renewed hunger for many people to try to understand again what so many have already been living and how do they equip themselves to enter into this conversation in a way that is winsome, that is factually correct, that is understanding, but also dynamic in that we didn’t want to have the same conversations over again.

How are you feeling right now with the Chauvin trial nearing its end?

I had to guard my eyes and my heart in how much I watched the trial, how much I relived it. The trauma is something that gets underplayed so many times when you see things over and over again and you can relate to it.

That said, it’s imperative that we know what’s going on. I did watch some of the closing arguments yesterday. I watched a bit of the trial. I’m feeling that a guilty verdict is coming, but it always feels like we’re prepared to handle the worst. Our history shows us that many times things don’t happen the way they should happen.

Whatever happens, though, there’s still work to be done. A guilty verdict does not change the fact that there still needs to be accountability large-scale when it comes to policing in this country.

In the book and in the original tweet thread that led to its writing, you went through your emotions of seeing unarmed Black people dying after encounters with police: things like anger, fear, frustration, but also hopefulness and encouragement. How are you experiencing those feelings now after George Floyd, Breonna Taylor, and now Daunte Wright and Adam Toledo (who is not Black but is Brown)? 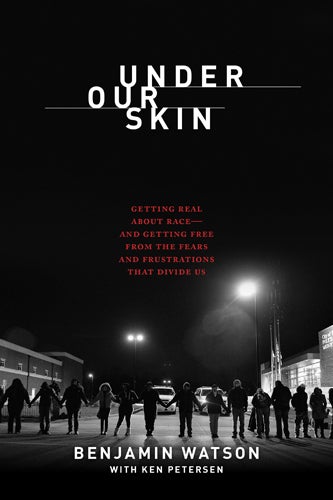 The cover of “Under Our Skin” by Benjamin Watson.

I think that, on the continuum of hope and despair, I’m even further towards the extremes of each. Over the last five years, the despair or the frustration has grown. As we get older, we start to see more things with our own eyes that are happening over and over again but also discover more in our research and our reading.

But deeper despair gives us greater hope. In the messages that I do receive about someone having an eye-opening experience in reading the book or someone being challenged in a way that they had not been challenged to listen and to have empathy or maybe to use their sphere of influence to make things better in their own way, that gives me even greater hope.

So the hope hasn’t disappeared. If anything, when we look at the last year, we can say that there is hope for America because of her willingness to make things right that have been wrong. There’s also despair, because of her reluctance, sometimes. We live in this kind of balance that can be precarious and frustrating for us.

Dr. [Martin Luther] King mentioned in his book Where Do We Go From Here? That the most indispensable element of greatness is justice, and that if America wants to be great, she must continue to pursue justice. My hope and my encouragement is still that people are willing to pursue justice. But there’s always a cost. Are we willing to count the cost?

You spoke in the past about Colin Kaepernick’s protest, which took place while you were still in the league. At the time, he was largely alone. Now, athletes across all sports have spoken out about racial injustice after the events of last year. One of our local athletes, Jaylen Brown, even took a whole postgame interview to say “We’re not going to talk about basketball. We’re going to talk about this.” How important do you think it is that athletes lend their voices to this as long as they’re comfortable doing so?

Any type of activism, whether that is about racial injustice or that’s about cancer or whether saving puppies from being abused, it should only be engaged in if you are comfortable doing it. It’s not everybody’s time all the time.

I’m encouraged when I see athletes standing up and speaking about these issues because those things are not easy. And what we see is that when people with platforms, athletes or entertainers, speak on whatever the issue is, they garner ears.

I said this before: the only thing that differentiates athletes from everyone is the fact that their occupation is in the realm of sports. You still pay taxes. You still vote. You still go to the grocery store. You do all the things everybody else does. It just so happens people watch you when you go to work.

It’s important that people understand that athletes are human beings that care about the injustice that they see, and they have a right as much as anybody else to talk about it. And they and you have a right as a consumer to listen or to not listen.

One common thing people will say about athletes who speak out about issues of race is “Why are you complaining about racism? You’re a rich athlete. You’re not affected by this.” How do you respond to that?

Wealth has nothing to do with a concern for injustice. The issue is not my status. It is not my paycheck. The issue is, do you want to engage on the issues that I’m talking about? And the answer really is no.

What about critics who call speaking out about racism “pulling the race card” or saying racism is no longer a problem here?

The reason so many people think that is because we don’t educate each other in this country. 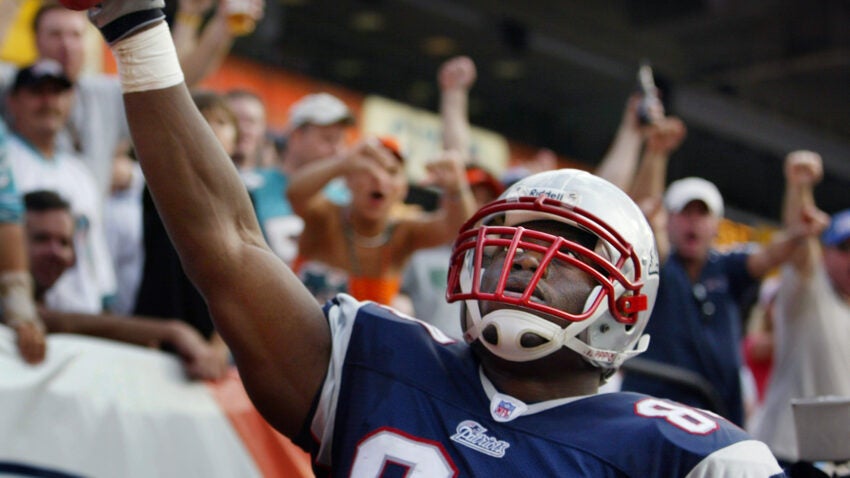 Watson celebrates a touchdown catch. The former Patriots tight end retired after the end of the 2019-20 season following the Patriots’ Wildcard loss to the Tennessee Titans. (Globe Staff Photo/Jim Davis)

White people should not feel guilty because of what has happened over the course of the last 400 years to descendants of American slaves. However, if you deny the truth and you refuse to listen and you desire to keep things how they were, then that’s a problem.

That sounds a lot like what Dr. King said in his “Letter From A Birmingham Jail Cell”: that overt racism wasn’t as disappointing as someone “who is more devoted to ‘order’ than to justice; who prefers a negative peace which is the absence of tension to a positive peace which is the presence of justice; who constantly says: ‘I agree with you in the goal you seek, but I cannot agree with your methods of direct action’; who paternalistically believes he can set the timetable for another man’s freedom.”

If you say things don’t exist and they never have, you may have silence and the appearance of a non-combative environment, but the issue is still there. Not only does it not go away, it gets bigger and bigger and bigger so that when you see something like a George Floyd or Michael Brown or an Eric Garner or Tamir Rice, you see this eruption because we never dealt with any of these issues. There cannot truly be peace, there cannot actually be unity without justice. 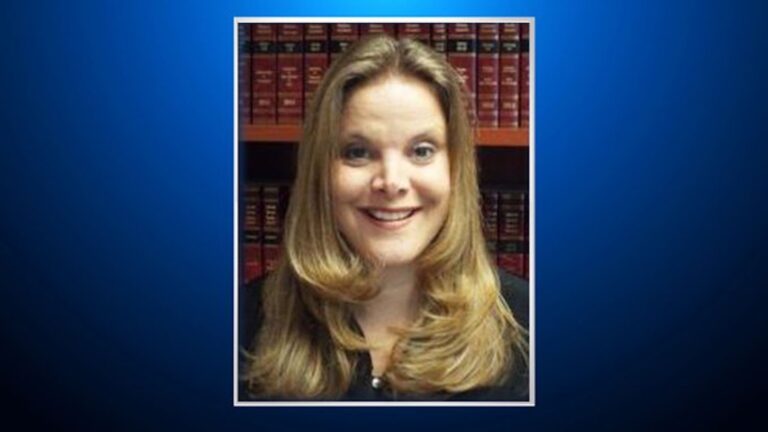