Rob Gronkowski told Conan O’Brien earlier this week about his male stripper past. On Thursday, he decided to perform some of his NSFW dance moves.

The Patriots tight end again spoke about his bachelorette party experience when he appeared on Jason Whitlock’s House Party By the Bay on FS1. Whitlock’s co-host, Julie Stewart-Binks, then had a special request for Gronk.

“Well, if you had a chance to make some more money using, maybe me, for example, want to maybe show us a little Magic Mike?’’ she asked.

“We’ll make our own music,’’ she responded.

That was enough to convince Gronkowski, and things quickly escalated.

The Big Lead’s Jason McIntyre looked on and clapped.

“That got crazy,’’ Gronkowski said. “Thank you, I made three dollars.’’

Whitlock and McIntyre then turned their attention to Stewart-Brinks to ask if she was OK.

“We got to get you checked for CTE,’’ Whitlock added. 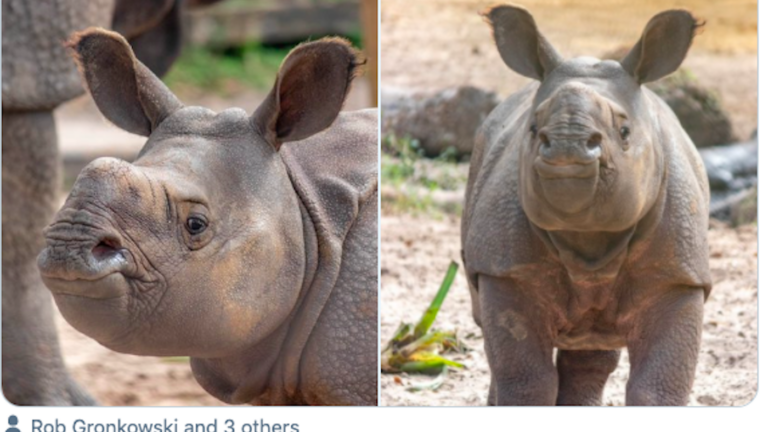 'He is so handsome!' Rob Gronkowski gushes over baby rhino named Gronk