KILLINGTON, Vt (AP) — Marta Bassino led the first run of a World Cup giant slalom, and Mikaela Shiffrin was fifth fastest in front of her home American fans on Saturday.

The Italian was 0.23 seconds ahead of Petra Vlhova, taking less than 50 seconds to get down the Super Star course shortened due to gusting winds at the scheduled higher start.

After Run 1, here’s your Top 5 at World Cup alpine skiing in Killington, Vermont

Michelle Gisin, the Olympic champion in Alpine combined, was third with 0.29 to make up on Bassino in the afternoon run.

Olympic giant slalom champion Shiffrin was 0.41 back on a course where she has top-five finishes for three straight years.

Shiffrin was second in the season-opening giant slalom last month at Soelden, Austria. That was won by New Zealand teenager Alice Robinson, who failed to finish the first run on Saturday. 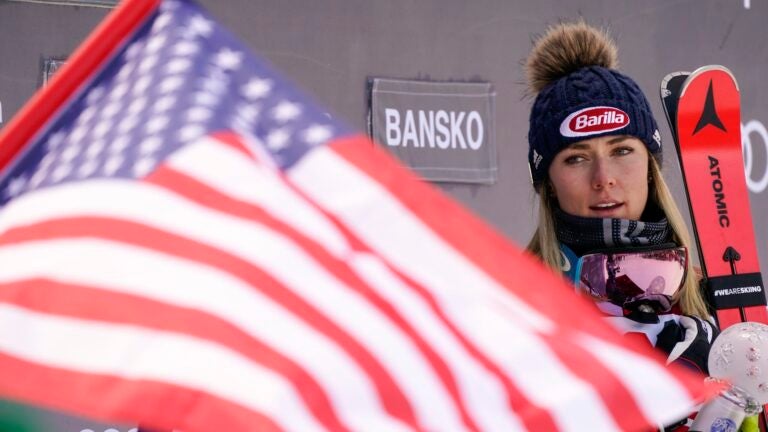 Mikaela Shiffrin will make her World Cup return, but will limit interactions due to 'heartbreak' and coronavirus concerns