Discussions between the New England Revolution and University of Massachusetts officials about building a stadium on university-owned land in Dorchester have been ongoing since at least October.

Krantz followed up a week later asking for more information, and a meeting between the parties was eventually scheduled for December.

The Revolution currently play their games at Gillette Stadium in Foxborough, which is also owned by the Kraft Group, headed by Robert Kraft. However, the Krafts have been seeking a place to build a smaller, soccer-specific stadium in or around Boston for about a decade.

Last month, word surfaced that the Krafts are now targeting the UMass site as the latest possible new home for the soccer club.

Public officials responded with skepticism to the idea, noting infrastructure challenges in the area — especially with Kosciuszko Circle, a vexing rotary located at Columbia Point. Some also complained in June that the public should have been included in the discussions sooner.

The autumn emails were released by UMass in response to a public records request filed by Boston.com.

In their emails to Filippone, Fire and Krantz requested any UMass transportation and infrastructure concepts related to the area. Fire specifically asked for Olympic planning documents for the site. The Bayside property had been targeted as part of the proposed athlete’s village under the Boston 2024 Olympic bid, which had already collapsed by October.

The Kraft representatives also sought environmental reports and surveys that had been conducted on the site and information about adjacent properties.

They also sought studies, plans, and redevelopment concepts for the Calf Pasture Pumping Station, a structure on the National Historic Register that played a role in Boston’s first comprehensive sewerage system, according to UMass Boston’s website. The property, also owned by UMass, is located about a half-mile from the Bayside site, and it’s unclear why the Krafts would be interested in the facility.

Boston.com originally requested communication between the Krafts and the UMass Building Authority related to the site in May. UMass declined to provide any records or say whether they existed, citing several exemptions in the state’s public record laws. The state’s supervisor of public records ruled that UMass must revise its response, leading to the release of the emails.

UMass still withheld other files, however. Acknowledging that discussions of the site’s development have been “memorialized in documents,” the Building Authority refused to release them, saying public records rules exempt it from providing information related to still-developing policy positions or information that would expose the Krafts’ trade secrets.

In a brief statement, UMass said the discussions remain active. “UMass continues to explore long-term options for its Bayside property,” the statement read.

Fire and Krantz’s names have previously appeared in emails related to another prospective Revolution stadium site, when officials were considering putting a stadium on city-owned land near Widett Circle on the South End-South Boston border in 2014 and 2015. That idea appears to have since stalled out, with UMass now the focus.

Representatives for the Kraft Group and the Revolution did not respond to a request for comment. 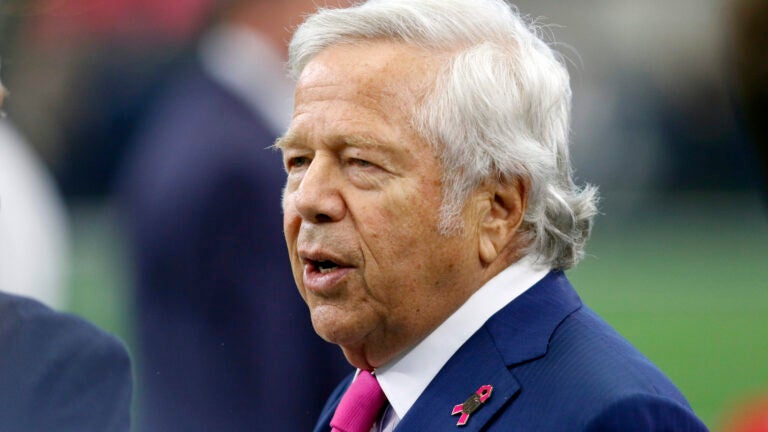 5 places Bob Kraft has tried to build a soccer stadium