LYON, France (AP) — As the Americans raced to huddle in celebration, Lucy Bronze couldn’t bear to take in the scene.

Drained and distressed by another World Cup semifinal loss with England, the defender collapsed to the field and lay face down.

It was a moment to reflect and dwell on what could have been.

“I was disappointed in my own performance,” Bronze said after the 2-1 loss. “I could have played a higher level.”

But when Bronze picked herself up and rejoined her teammates and Phil Neville in a huddle, the coach had a message to deliver.

“We have come to the World Cup and given our absolute all,” Neville recalled telling them.

Looking over at his players, he started to think about winning bronze on Saturday against the Netherlands or Sweden, then Olympic gold in Tokyo next year leading a British team and triumphing in the European Championship on home soil in 2021 with England.

“I was looking over at them and that was my motivation,” Neville said. “I don’t wallow. I won’t go back to my room and feel sorry for myself.”

Nor accept just being in the top four, with predecessor Mark Sampson leading England to third place at the 2015 World Cup and the semifinals at Euro 2017.

“Maybe in the past we have probably accepted semifinals, ‘Yes we’re happy and we’re going home and we’ll get lots of plaudits,'” Neville said. “But my players don’t want to hear that anymore. They are sick of it and so am I. We came here to win and we didn’t do that.”

Neville is always planning ahead.

“I was in the room this afternoon planning the next two years, it’s the way I work — it’s fast,” Neville said. “I can’t say to my players unlucky because they don’t want to hear that. That’s white noise to them.”

The players know themselves about the game-changing moments that turned the semifinal in favor of the world’s top-ranked team.

Bronze felt she could have done more to prevent Christen Press heading the United States in front after 10 minutes.

“I am used to being defensively solid, no matter what people say about me as an attacker,” the right back said. “I always want to defend well and I’m disappointed I didn’t do that to my best tonight.

“But obviously the USA have great movement and you can analyze them as much as you want. But trying to stop them and trying to do that in the heat of the moment of the game unfortunately we didn’t do that.”

After Ellen White pulled England level in the 19th, Alex Morgan headed the defending champions back in front in the 31st minute.

“We were too passive in our defending,” Neville said. “We needed to be a bit more aggressive.”

The agony came in the second half when White was already celebrating equalizing until the VAR determined she was just offside in the buildup.

“I am devastated,” White said. “But VAR is there to make the right decision and that’s what happened.”

There was a second chance to level when a low cross from Demi Stokes came in White’s direction.

“My eyes were like dollar signs I was so excited it was coming to me,” she said.

But there was a slight touch by Becky Sauerbrunn which impeded her ability to get a shot on goal.

“I was running up to the referee saying that’s a penalty,” White said, “telling her to go to VAR, chasing her around.”

The penalty was awarded. But after missing her last two spotkicks in previous rounds, Nikita Parris was ordered to hand over penalty duties to captain Steph Houghton. A tame effort to the left was saved.

“I got told I was on the set pieces today and I’ve been practicing them a lot,” Houghton said. “I just didn’t get a good connection … and I’ve let the team down.”

There was no way back for England against a nation seeking a fourth world title.

“I could say a lot, some of it may be a bit unsporting but that’s how they win a game,” White said. “They kept it in the corner and that’s game management.” 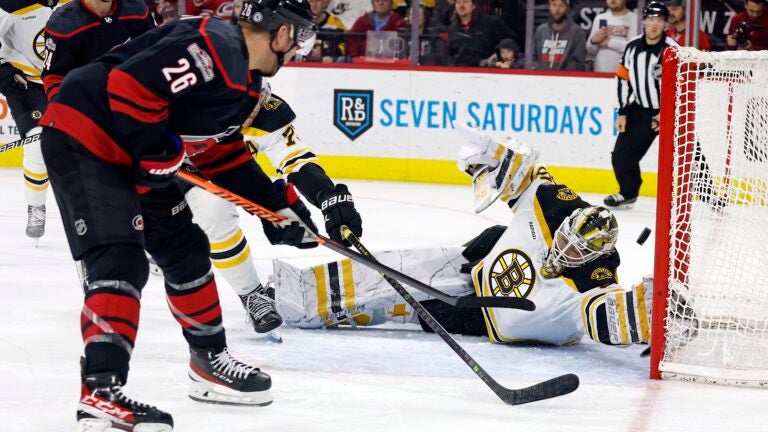