U.S. women’s national team member Ashlyn Harris took to social media Monday to address Jaelene Hinkle, who declined a chance to play for the U.S. team in 2017 because she said her Christian beliefs wouldn’t allow for her to wear jerseys designed to honor members of the LGBT community.

“Hinkle, our team is about inclusion,” Harris wrote on Twitter. “Your religion was never the problem. The problem is your intolerance and you are homophobic.”

Harris, a goalkeeper who is engaged to teammate Ali Krieger, was reacting to a 2018 video from the Christian Broadcasting Network. “I just felt so convicted in my spirit that it wasn’t my job to wear this jersey,” Hinkle says in the video clip.

She later added: “I’m essentially giving up the one dream little girls dream about their entire life, and I’m saying no to [it]. . . . I knew in my spirit I was doing the right thing. I knew that I was being obedient.”

The video was shared Monday by a Twitter user who wrote that the U.S. team was apparently “not a very welcoming place for Christians.”

“Don’t you dare say our team is ‘not a welcoming place for Christians,’ ” Harris wrote in her tweets.

Appearing to then address Hinkle again, Harris wrote: “You weren’t around long enough to know what this team stood for. This is actually an insult to the Christians on our team. S[h]ame on you.”

Jaelene Hinkle, is the 26-year-old American footballer who gave up the opportunity to be in the USWNT.

I was very curious to know what happened so I went in search of her interview with CBN.

Apparently, the US women’s Football team is not a very welcoming place for Christians. pic.twitter.com/iWXrG4Dkcw

Don’t you dare say our team is ‘not a welcoming place for Christians’. You weren’t around long enough to know what this team stood for. This is actually an insult to the Christians on our team. Same on you.

Harris and Krieger are among several openly gay members of the team, including co-captain Megan Rapinoe and Coach Jill Ellis.

“I continue to work on all things, and that goes for my relationship with Christ as well,” Ertz told Sports Spectrum before the World Cup. The midfielder “engages in Bible study groups and pregame prayer huddles with some of her teammates,” according to the magazine.

“These Bible studies really help me grow and keep me accountable,” Ertz said. “It brings me closer to my teammates; we continue to grow as players and persons.” 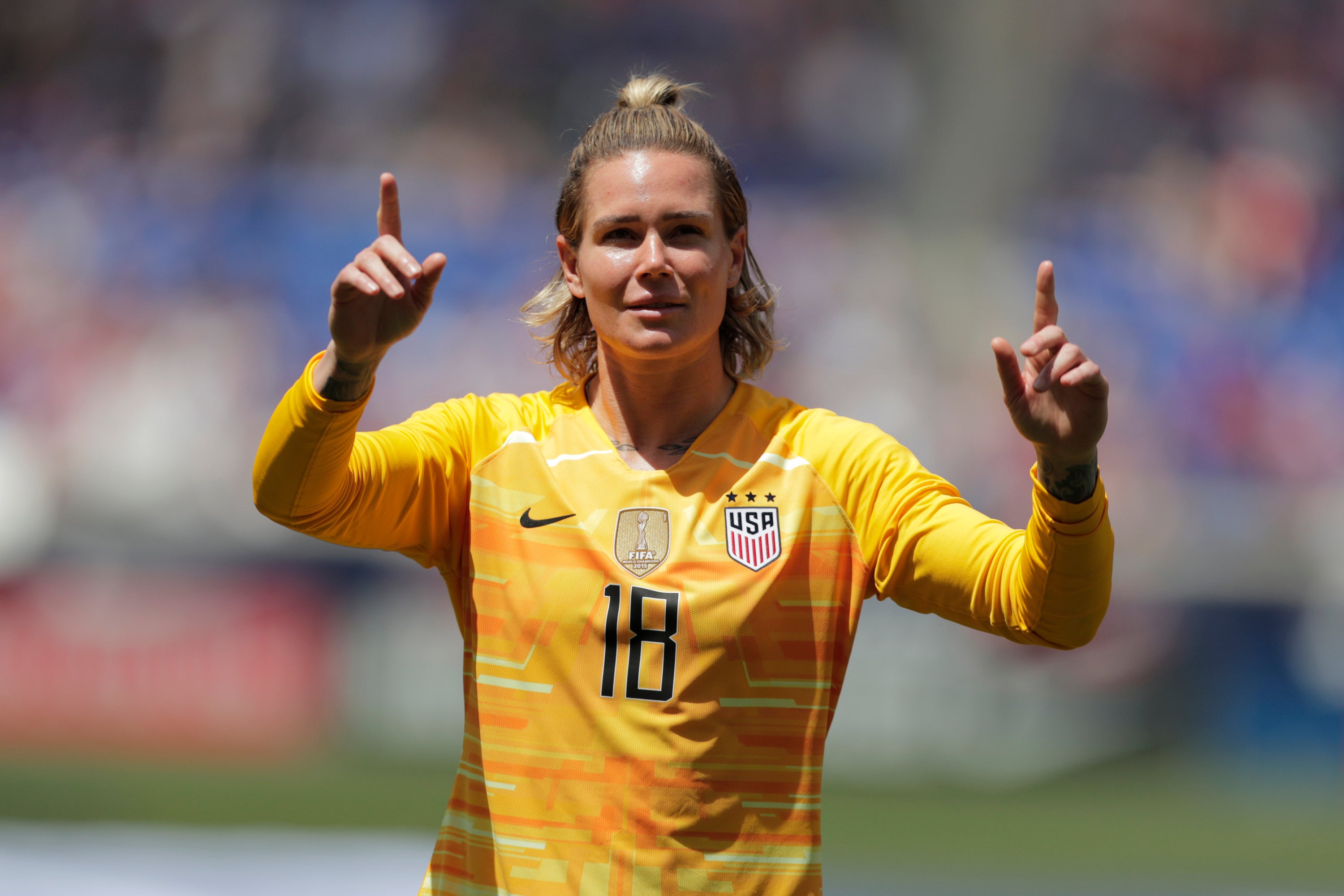 In 2015, after the Supreme Court ruled that same-sex couples have a constitutional right to marriage, Hinkle posted a lengthy note to Instagram.

“I believe with every fiber in my body that what was written 2,000 years ago in the Bible is undoubtedly true,” she wrote. “It’s not a fictional book. It’s not a pick and choose what you want to believe.”

Two years later, Hinkle declined a call-up to the national team for a pair of friendlies against Sweden and Norway for “personal reasons.” The U.S. uniforms for those games featured rainbow jersey numbers to honor the LGBT community.

Hinkle said in the CBN video that she gave herself three days to “seek and pray and determine what [God] was asking of me to do in this situation.” She hasn’t played for the national team since; she was invited by Ellis to a training camp in 2018 but did not make the roster for a subsequent tournament.

Hinkle plays for the North Carolina Courage in the National Women’s Soccer League. Courage coach Paul Riley said last year (via Yahoo Sports) that she was “the best left back in the league by a country mile.”

Also on the Courage’s roster is Crystal Dunn, who plays forward for the team but has experience as a defender. During the World Cup, Dunn played left back for the U.S. and drew praise from Naeher, the starting goalkeeper, who said Dunn “has stepped up big time” and has “had an unbelievable tournament.”

In announcing in May the roster for the World Cup, Ellis pointed to the “versatility” of Dunn while explaining why she left off Hinkle. That decision was “solely based on soccer,” Ellis said (via Yahoo Sports).

On Monday, Harris said to Hinkle on Twitter: “You don’t belong in a sport that aims to unite and bring people together. You would never fit into our pack or what this team stands for.” 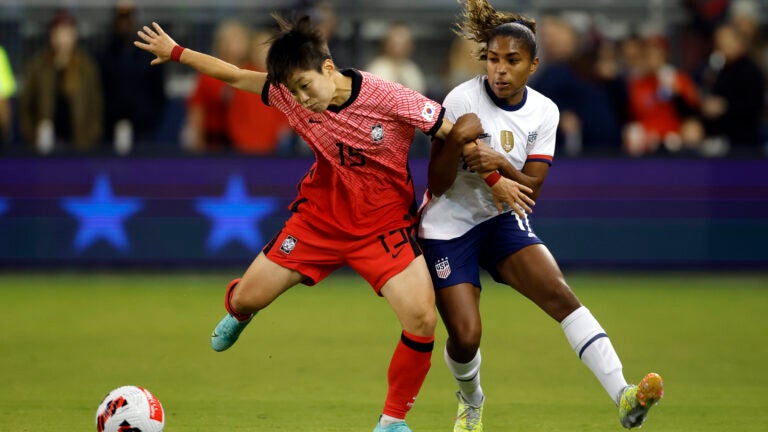