To mark the 25th season of Major League Soccer, the 2020 New England Revolution kit is an homage to its memorable 1996 forerunner.

As part of the league’s ceremony on Wednesday to unveil each team’s primary kit, former Revolution center back Alexi Lalas was the first to officially debut the new design.

And the look of the 2020 kit, called “The Original,” is an homage to the style of MLS in 1996. That year, 10 clubs played in the league’s first season. The Revolution were among the founders, donning a red, white, and blue color combination. 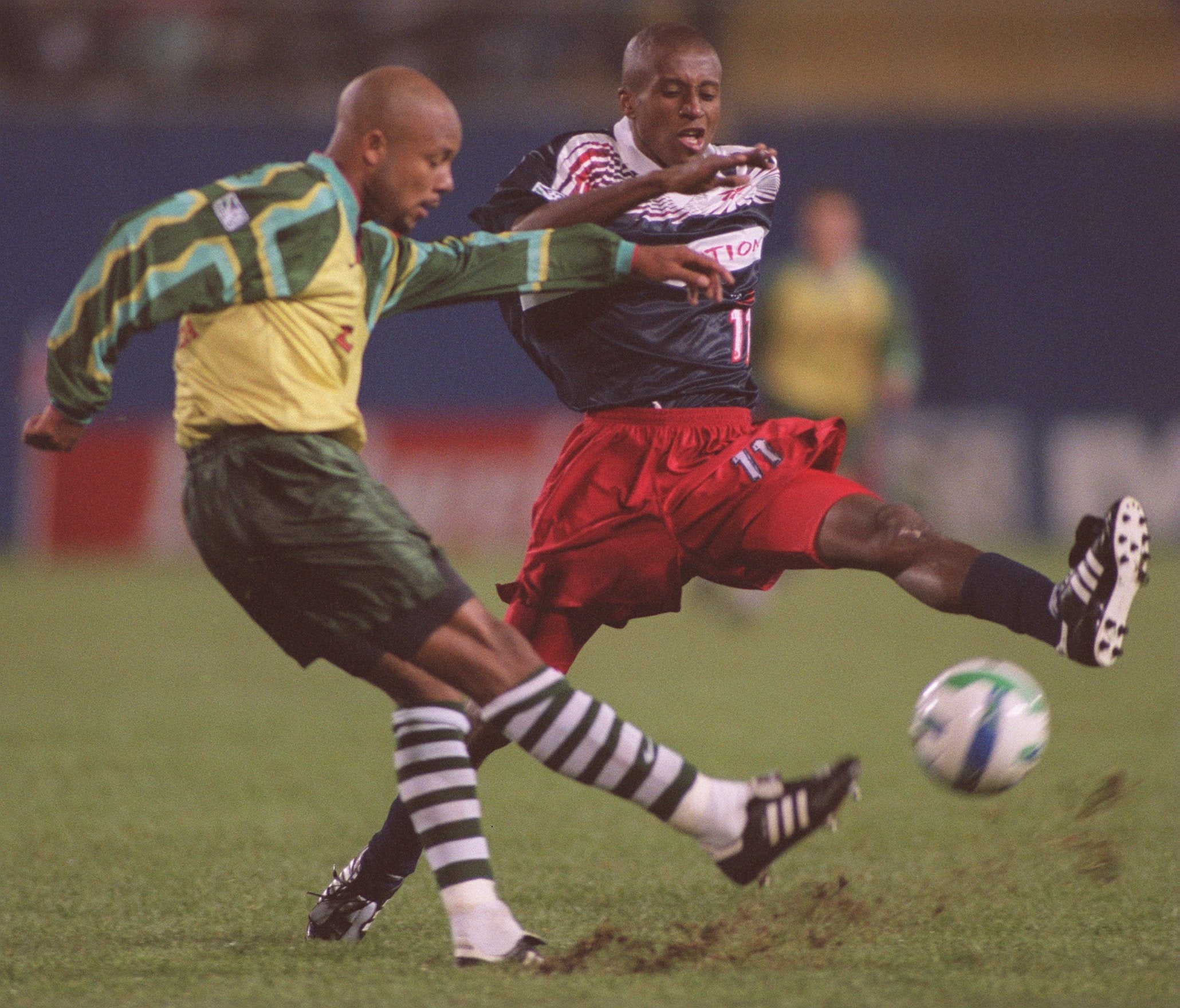 New England Revolution’s Welton works the ball around Altimont Butler of the San Jose Clash during a game in the 1996 season.

For the first time since the ’96 kit, the Revolution will once again use red shorts. Reminders of the league anniversary are also included, such as nine stars on the drop hem of the jersey (a reference to the Revolution’s status as one of nine remaining clubs from the inaugural season).

As for the team itself, Revolution fans — some of whom were among the first to be given the new kit — have reason to be optimistic heading into the 2020 season. After a historic turnaround in 2019, New England has strengthened its squad in the offseason under sporting director and head coach Bruce Arena.

The first league game of the Revolution’s 2020 season is February 29 in Montreal against the Impact.