MADRID (AP) — Struggling to control his emotions, Lionel Messi said Sunday in his farewell to Barcelona that he wasn’t prepared to leave the club.

Messi began crying even before he started speaking at his farewell ceremony at the Camp Nou Stadium, and had to stop talking to compose himself few times.

“This is very hard for me after so many years, after being here my entire life,” he said. “I wasn’t prepared.”

Messi said that, unlike last year when he asked to leave, he had his mind set on staying with Barcelona and did everything possible to make it happen. He added that he was surprised to hear he wouldn’t be able to stay because of the club’s debt and the Spanish league’s financial fair play regulations.

“In these last few days I was thinking about what I would say today, but to be honest I couldn’t come up with anything. I was blocked, like I still am right now,” Messi said. “I was convinced that we would remain with the club, which is our home.”

Messi’s family and some of his teammates were at the Camp Nou for the emotional farewell. He was applauded several times by those in the audience.

Messi called his unexpected departure from the club “the most difficult” moment of his career.

“There were many tough moments, many losses, but in the end you always went back to training and to playing again,” he said. “This is different. There is no going back. This is the end and now a new story begins.”

Messi said he hopes to return to the club in some capacity one day and that he wished he could have said goodbye to fans in a match with a capacity crowd chanting his name.

Messi avoided speaking specifically about his future, saying he received offers from several clubs after the announcement that he would leave the Catalan club. When asked about Paris Saint-Germain, Messi admitted it was “a possibility.”

Barcelona announced Thursday it could not keep its greatest player because it wasn’t able to fit a new contract within the Spanish league’s financial fair-play regulations. The club’s salary cap has been significantly slashed because of its huge debt. President Joan Laporta blamed the club’s struggles on the coronavirus pandemic and particularly on the previous administration led by Josep Bartomeu.

Messi asked to leave at the end of the 2019-20 season but had his request denied by Bartomeu. The Argentina star had agreed to stay and had reached agreement with Barcelona on a new contract, but the club wasn’t able to make it work because of its dire financial situation.

Messi spent nearly two decades with the Catalan club after arriving from Argentina as a teenager to play in its youth squads. He made his first-team debut as a 17-year-old in 2004, then played 17 seasons with the main squad. He helped the club win the Champions League four times, the Spanish league 10 times, the Copa del Rey seven times and the Spanish Super Cup eight times.

Messi leaves as Barcelona’s all-time leading scorer with 672 goals. He played in 778 matches with the club, also a record. He is also the overall top scorer in the Spanish league with 474 goals from 520 matches.

He led the Spanish league in scoring in eight seasons, and was the top scorer in the Champions League six times. His 26 goals against Real Madrid are a record for the “clasico” matches against Barcelona’s fiercest rival. 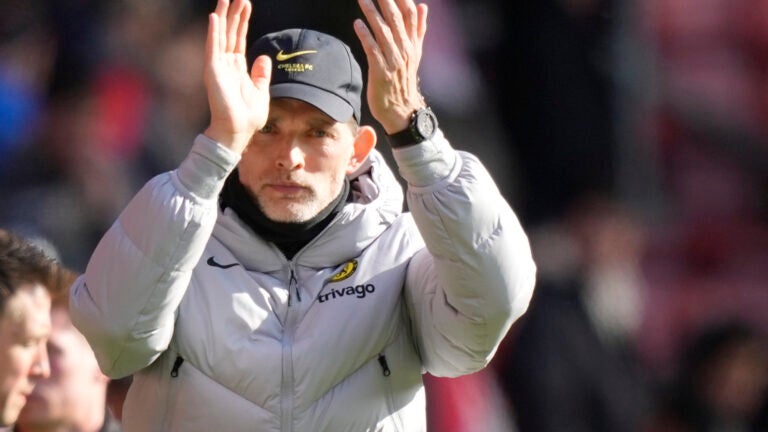