FOXBOROUGH — The Revolution maintained their habit of going to the wire as they took a 2-1 win over Orlando City SC before a season-high crowd of 23,506 Saturday night.

The Revolution (19-4-5, 62 points) earned their 16th one-goal victory, staying on pace to set league records for wins and points. After scoring on an Adam Buksa conversion and an own goal in the first half, the Revolution protected the advantage as Matt Turner saved a second-half Nani penalty kick.

Orlando City (10-8-8, 38 points) lost its fourth consecutive game, the match concluding just after goalkeeper Pedro Gallese moved forward on a corner kick, Joao Moutinho missing on an attempted bicycle kick, and defender Ruan and the Revolution’s Arnor Traustason down in the penalty area. The Revolution improved their home unbeaten streak to eight games and are 11-1-2 at Gillette Stadium, two wins short of a team mark. 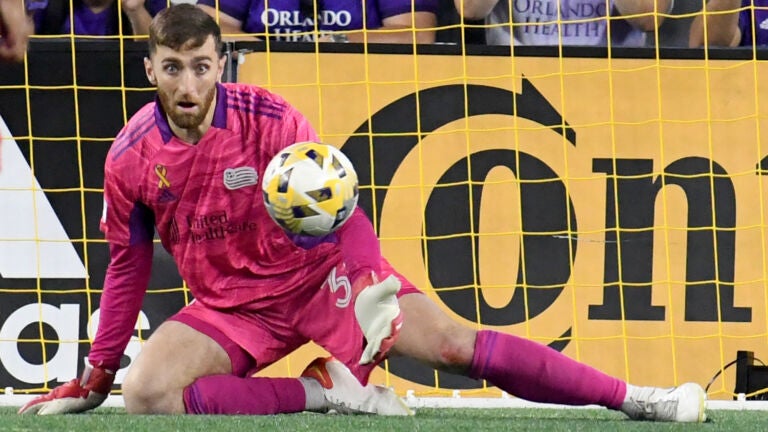