SYDNEY (AP) — After 21 years since last playing in Australia, the United States women’s soccer team needed only 24 seconds to score against the Matildas on Saturday.

Turns out that was all the new-look American side needed in a 3-0 win at Sydney’s Olympic stadium before a Matildas-record crowd of 36,109.

Ashley Hatch scored her first international goal when Australia’s defense failed to clear the ball from the opening kickoff. Hatch found herself one-on-one with goalkeeper Teagen Micah, and Hatch calmly slotted a low shot to the right of Micah.

Hatch, the 2021 Golden Boot winner as top scorer in the National Women’s Soccer League for the champion Washington Spirit — 10 goals in 20 matches — was making just her third appearance for the U.S. and first since 2018.

Rose Lavelle scored the second American goal in the 49th minute and captain Lindsey Horan finished the scoring from a penalty in the 68th.

Australia dominated much of the first half after Hatch’s first-minute goal. U.S. goalkeeper Casey Murphy — in her international debut — was the player of the opening 45 minutes as she saved a half-dozen chances, including two from Australia veteran Sam Kerr.

The best Australian chance came from Kyah Simon, who missed from inside the six-yard box when the goal was open.

“As a striker, you pride yourself on scoring goals and I take full responsibility that I should have finished that,” Simon said. “The game (would have been) 1-1 at that point, so that could definitely change the momentum of the game.”

I’ll remember this moment forever. Wearing the 10 for the first time and of course, with the armband. I’m truly so honored. I’m proud of the team for the win and Sydney gave us an incredible atmosphere. Thank you ❤️ pic.twitter.com/HDxrsq2Ijf

It was the first time since April 9, 2013, that the U.S. had a starting XI with every player under the age of 30. The average age of the starting side Saturday was 26 years, making it youngest starting lineup to take the field for the USWNT since April 5, 2018.

Horan and Tierna Davidson were the only players in this starting side who started in the most recent match with the Matildas in the Olympic bronze medal game on Aug. 5 in Tokyo, a match won 4-3 by the Americans. Lavelle and Emily Sonnett also saw action in that match as second-half substitutes.

The U.S. women have won the World Cup four times, including the last time in France in 2019. Australia and New Zealand will co-host the next World Cup in 2023, with the tournament’s first match scheduled for 600 days from Saturday.

The last time the Americans played in Australia was while winning the silver medal at the 2000 Olympics.

The win was the 28th for the U.S. over Australia, with one loss and four draws. After six straight matches between the teams were decided by two or fewer goals, Saturday’s match marked the USWNT’s biggest win against Australia since a 4-0 victory in October 2013.

The teams will meet again Tuesday in Newcastle, north of Sydney. 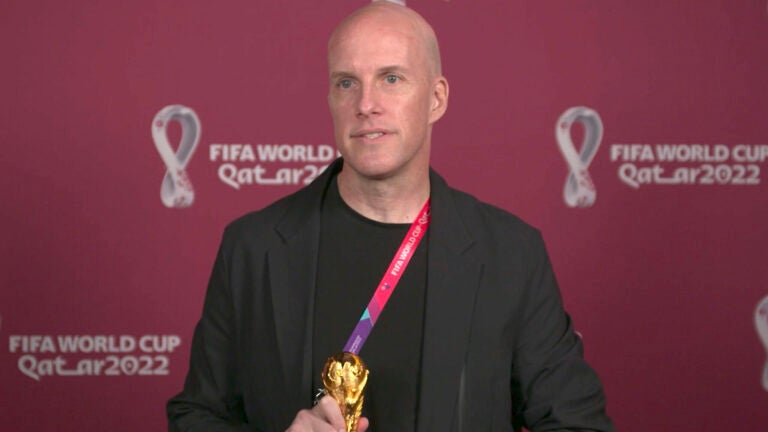