The United States men’s soccer team’s intense run through the group stage and into the knockout round of the World Cup resonated with television viewers — and ratings indicate Boston is among the most compelled markets.

Boston wasn’t a top-five market in ratings or viewership for the US team’s opener against Wales, which averaged 7.79 million viewers on Fox. But the 0-0 draw with England was the most-watched men’s soccer match on US English-language television ever, averaging 15.38 million viewers. That surpassed the 1994 World Cup Final between Italy and Brazil (14.5 million), but it must be noted that out-of-home viewership, such as fans watching at bars and restaurants, wasn’t included then.

It’s reasonable to presume that when all is counted that Saturday’s Round of 16 match with Netherlands will also draw huge viewership numbers for Fox nationally and in this market.

Overall, Fox is elated with World Cup viewership. Through the first 35 group stage matches, the network averaged more than 3 million viewers per game, and increase of 38 percent over the same period for the 2018 World Cup, for which the United States did not qualify.

During Jack Edwards’s 15 seasons as NESN’s Bruins play-by-play voice, his tact has occasionally taken a shift or two off, usually when he’s eager to land a one-liner about an opponent.

Such a situation occurred Tuesday night, when Edwards made a crack about Lightning forward Pat Maroon’s size while bantering with color analyst Andy Brickley during the game.

After Brickley noted that Tampa Bay’s fourth line had just completed a strong shift and mentioned that Maroon is “a handful down there,” Edwards replied, “Listed at 238 pounds. That was Day 1 of training camp. I’ve got a feeling he’s had a few more pizzas between then and now.”

Brickley played along, saying, “Yeah, that’s before pregame,” and Edwards immediately replied, “Yeah, right. Fasting. Inadvertent fasting for Pat Maroon is like four hours without a meal. But hey, three [Stanley] Cups in a row, who can argue with his formula?”

Edwards told me via text Friday that he has reached out to the Lightning to connect with Maroon.

“I am sensitive to the subject of body image and I didn’t intend to offend anyone,” Edwards said. “In the course of the 2½-hour broadcast, it was a lighthearted attempt to point out that Pat Maroon, who I also regularly praise for his camaraderie with teammates through the years, uses his size to be a difficult competitor. He’s an effective player with three Stanley Cup rings — something I also made it a point to say Tuesday night.”

Whether Edwards connects with Maroon, there is already a beneficial outcome. Maroon tweeted Wednesday that in “support of those struggling with mental health, bullying, and body image I am making a $2,000 donation” in Edwards’s name to Tampa Bay Thrives, a nonprofit mental wellness center.

Now that we successfully navigated how to find Thursday’s Bills-Patriots game on Amazon Prime — at least, I presume you were successful — here’s the next television quirk ahead for the Patriots: ESPN’s “Monday Night Football” broadcast of the Patriots-Cardinals game on Dec. 12 will be simulcast locally on Ch. 4, a CBS affiliate. This is the same scenario that occurred with their Monday night game against the Bears on Oct. 24. In past years, ESPN’s “MNF” broadcasts have usually been simulcast on Ch. 5, the ABC affiliate, in the Boston market. That changed this year because ESPN/Disney and Hearst Communications, Ch. 5′s parent company, could not come to a broad agreement before the season for its affiliates to simulcast the games . . . Bummed to learn Friday that national NFL writer Doug Kyed was among the layoffs at Pro Football Focus. Kyed, who covered the Patriots for eight years at NESN before leaving for PFF in July 2021, is an expert at using data to expand readers’ knowledge of what teams are doing and what they aren’t, but he also deals in common sense. He’s a terrific recurring guest on Brian Barrett’s “Off The Pike” podcast on The Ringer, and that site would be an ideal landing spot for him. 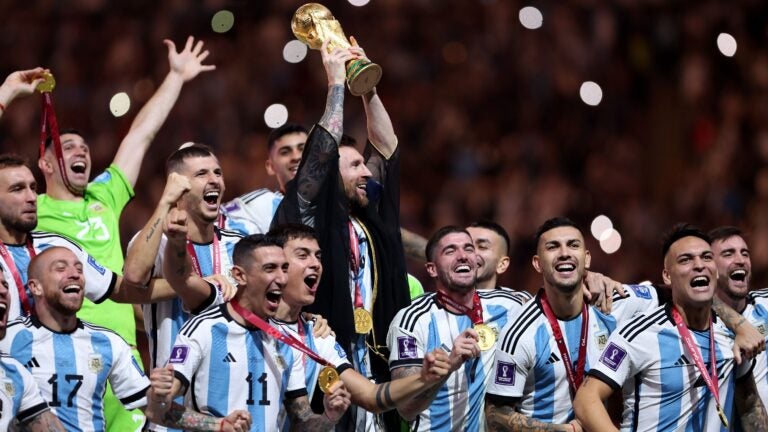