EL SEGUNDO, Calif. (AP) — D’Angelo Russell knows he must rebuild the Los Angeles Lakers’ trust in him after the rookie guard’s unflattering video exchange with teammate Nick Young ended up on social media.

Speaking before Wednesday night’s home game against Miami, Russell apologized profusely for recording the video, saying his actions have created “a bad vibe” on the last-place club.

Russell also acknowledged that the video might have imperiled Young’s relationship with his fiancée, rapper Iggy Azalea.

“I feel as sick as possible,” Russell said. “I wish I could make things better right away, but I can’t.”

Russell is a pillar of the last-place Lakers’ rebuilding effort, but he was lightly booed by Lakers fans in pregame introductions and in the opening minutes against the Heat. Other fans shouted “Snitch!” and “Traitor!” from the stands at Staples Center.

In Russell’s video, the 20-year-old point guard asks Young about being with women other than Azalea. Russell claimed he has no idea how the video became public, claiming he didn’t post it on social media or send it to any friends.

“That’s the two-and-two I’m trying to put together, me and my team,” said Russell, who also declined to blame the leak on phone hacking. “I have no clue how that got out.”

Russell disagreed with claims that his teammates have isolated him, but he knows they aren’t happy.

“I know if I’ve lost anybody’s trust, I’m going to work my tail off to gain it back, because that’s something you need for a winning team,” Russell said. “You need everybody to trust each other. You need the first guy to trust the 15th guy, and that’s my intentions.”

Young was unusually downbeat in his own brief comments before Wednesday’s game. The charismatic veteran guard has mostly played poorly this season for the Lakers, his hometown team.

“I don’t want to get into my personal life right now,” Young said. “I think it’s best me and D’Angelo handle the situation we have in a private manner, outside the media. I think it’s something we really do need to sit down and talk about. That’s about it. What happened is what happened. We’ve got to work on it.”

Azalea’s wedding to Young had been postponed even before the video drama. The Australian pop star posted an interesting response on her Twitter account: “hmmm i see D Angelo Russell is trending… I actually liked his film. Thanks bro.”

Russell said he intended the video to be a joke between two easygoing players. Young is among Russell’s closest friends on the team, with Russell claiming they usually share a mischievous attitude toward life and locker-room antics.

“He’s one of the guys that I’ve always talked to about anything, and I cherished our friendship,” Russell said. “And for me to have an incident like this come up and put it in jeopardy is not what I was intending to do.”

Lakers coach Byron Scott agreed that the controversy is likely to hurt his team’s trust in its point guard. Even before the video drama, Scott publicly questioned the maturity level of Russell, who is averaging 13.1 points, 3.4 assists and 3.4 rebounds this season.

Young hasn’t played for the Lakers in 10 straight games, but is under contract for next season with a player option for 2017-18.

The video flap is just the latest tawdry mistake by a roster that sits 29th in the overall NBA standings, leading only Philadelphia.

Earlier this month, Young and starting guard Jordan Clarkson were embarrassed when a woman claimed they made inappropriate, harassing gestures at her while their cars were stopped at a traffic light in Hollywood, leading the players to claim the incident was “a miscommunication.”

Kobe Bryant’s farewell season also has been a disaster on the court for the Lakers, who are 15-59 heading into their meeting with the Heat. They’re wrapping up the worst three-season stretch in club history after last season’s Lakers went 21-61, setting the franchise record for losses and worst winning percentage.

Russell acknowledged saying “crazy things” in his daily conversations with Young, but claimed the video wasn’t a prank gone wrong.

“At this point, the damage has been done,” Russell said. “The best thing you can do is own up to it. That’s what I did, and I’m owning up to it to full effect, and just taking what comes with it.” 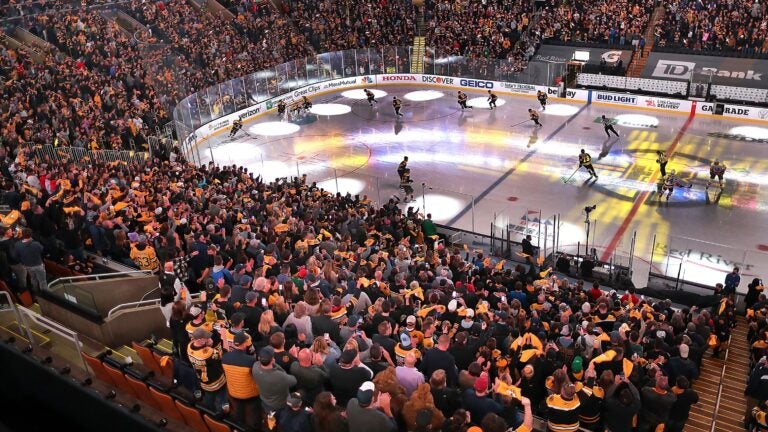 Kept quiet for 15 months, sports fans are back at games. For better and worse.