Two young women dressed in unicorn costumes and two others in shark costumes sat in the second row behind home plate Wednesday night, the latest fans to win high-priced tickets for 25 cents apiece from HBO’s “Last Week Tonight with John Oliver” after promising to dress like “riff-raff” at the ballpark.

Oliver is looking to shake things up during New York’s season-opening series this week against Houston. Claiming the Yankees are elitist, the comedian is selling premium seats for a quarter to fans who pledge to dress as though they don’t belong there.

After the Yankees announced that fans no longer could print tickets at home, chief operating officer Lonn Trost explained on radio station WFAN in February that someone buying a discounted ticket from a resale service “may be someone who has never sat in a premium location, so that’s a frustration to our existing fan base.” 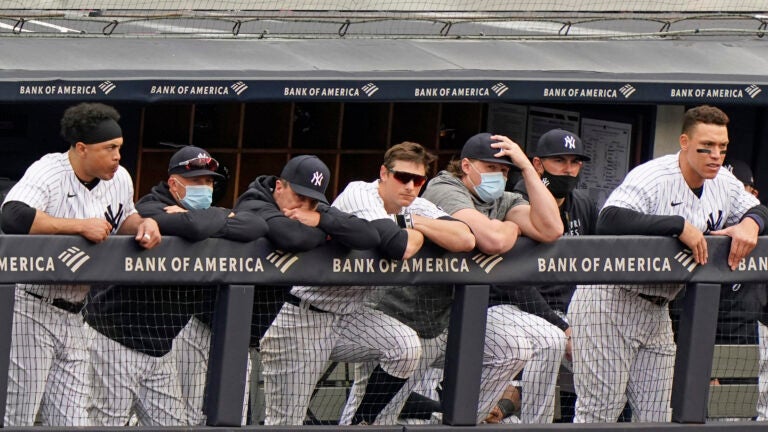