The 36-year-old Los Angeles Clippers guard won the NBA’s Sixth Man Award on Tuesday, becoming the first three-time winner as the league’s best reserve. Two years ago, he was the oldest to receive the honor.

“It’s always weird being up here by yourself because this is truly a team award,” he said during a presentation at the team’s practice facility, with teammates including Chris Paul, Blake Griffin, DeAndre Jordan and J.J. Redick joining in a standing ovation.

“I made shots but I couldn’t do it if Doc (Rivers) didn’t draw up the plays and my teammates didn’t pass me the ball. It’s not just about me.”

Crawford averaged 14.2 points in 79 games, coming off the bench in 74 of them. He ranked second in the NBA in free throw percentage at 90 percent.

“This is his best year. We needed him,” Rivers said. “When you look at a guy at his age that’s still improving, it says why he’s the Sixth Man of the year. Sixth man doesn’t mean that you shouldn’t be a starter. It means that you’ve accepted a role to help your team. It’s a really unselfish role and Jamal epitomizes that.”

“If I keep my muscles firing, I don’t feel age is an excuse,” Crawford said. “I keep things as if I’m as young as possible.”

Kevin McHale, Ricky Pierce and Detlef Schrempf all won the Sixth Man Award twice. Crawford is the only player to win with multiple teams.

“I never envisioned myself being a sixth man,” he said. “I always started my whole life. Starting is the cool thing and everybody wants to do it.”

Crawford first took on a reserve role with the Hawks under coach Mike Woodson, who is now a Clippers assistant. He flourished and has embraced leading the bench ever since.

“Jamal’s impact on our team goes so far beyond what you can actually even see. It’s the things in the locker room, it’s the calming presence on the bench, it’s the steady hand,” Griffin said. “We, as a team, value Jamal so much, but it’s great to see him get that recognition from other people for his impact on our team.”

The award sponsor Kia will donate a 2016 SUV to the Watts Willowbrook Boys & Girls Club, a charity chosen by Crawford. 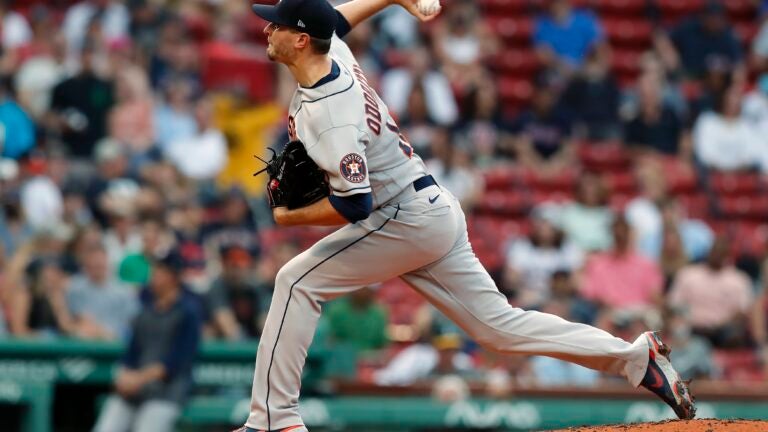