PORTLAND, Ore. (AP) — Chris Paul broke a bone in his right hand midway through the third quarter and left the Clippers’ Game 4 loss to the Portland Trail Blazers on Monday night.

It was not clear exactly how the nine-time All-Star was injured, but it appeared he may have bent his wrist awkwardly when defending Portland’s Gerald Henderson on a layup.

The Clippers were also hurt late in the game when Blake Griffin appeared to aggravate the left quad injury that he struggled with this season.

Paul retreated to the bench and was attended to by team trainers before leaving for the locker room. He angrily kicked at a seat cushion on the court as he left. The Clippers later reported Paul fractured the third metacarpal in his right hand.

Following the game, Paul left the Moda Center without speaking with reporters.

“He was clearly disappointed, upset, but there’s nothing you can do,” Griffin said about his teammate. “You try to tell a guy, like, ‘It’s OK. We got you and it’s going to be OK.’ He’s a competitor and he wants to play so it’s tough. It’s not easy dealing with injuries this time of year.”

Paul was leading the Clippers with 16 points when he left the game. He averaged 26.3 points and 8.3 assists through the first three games of the series, after averaging 19.5 points and 10 assists in the regular season.

Griffin looked dejected when he went to the bench with a little more than 5 minutes left in the game. Afterward, he said he believes he tweaked his quad when he planted off his left going up against Mason Plumlee in the third quarter.

Rivers said: “It doesn’t look great for him, either.”

The coach gave Griffin a “50-50” chance of playing in Game 5 on Wednesday night in Los Angeles.

“Hopefully in the next 24-48 hours you turn a corner and feel better, so I’m not really concentrating on how it felt tonight, that’s kind of expected after you tweak something,” Griffin said.

While celebrating their win, the Blazers were also mindful of the hit that the Clippers had taken.

“Obviously losing a guy like CP3 hurts a lot,” CJ McCollum said. “He’s the heart and soul. The head of the snake. He’s the guy that gets them going and can single-handedly change the game.”

Rivers was trying not to dwell on the Clippers’ plight.

“We’re going home. All they’ve done is win two games at home just like we won two games at home,” the coach said. “We’ve been in adverse situations all year, but our guys have come through and I expect us to do that at our place.” 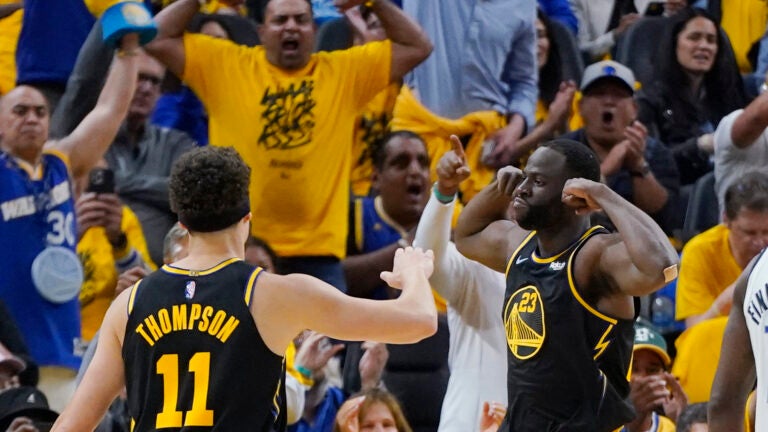