The man dubbed Mr. Gorilla is raising money for the Gorilla Organization — so far more than 22,000 pounds ($28,500) have been pledged.

He’s hopeful of finishing the race Saturday, with his two sons awaiting him at the finish line. They will, naturally, be wearing gorilla suits.

He ran the marathon the conventional way last year to raise money for gorillas, but decided this year to try something harder, and potentially more lucrative.

He’s developed several different techniques, none of them pain-free. Kneepads brought little relief, and were ditched on the first day.

“It’s shoulders, hamstrings, glutes, quads, from the constant crouching,” he says. “We’re not really designed to do that.”

Harrison says the money will be used to protect endangered gorillas in Africa by sponsoring ranger services and helping people living near gorilla habitats to be more self-sufficient.

He was inspired by a trip he took to Uganda and Rwanda in November and decided to do more to help protect them.

The gorilla crawl has proved popular with people along the route. He’s been serenaded by children, high-fived by pedestrians, and even received a banana or two from thoughtful strangers. 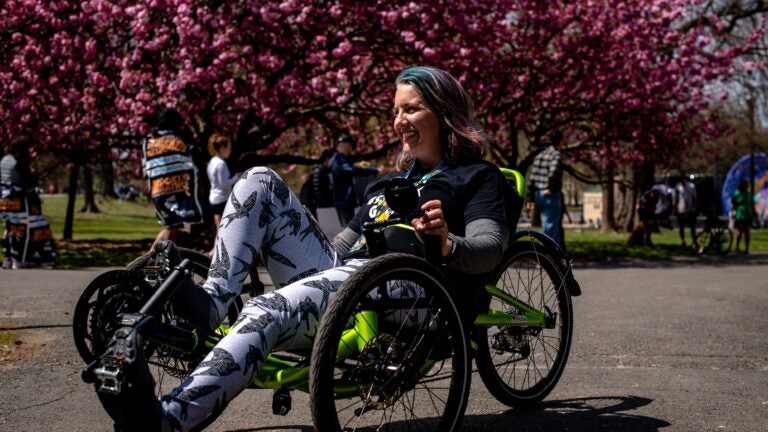 Her race against ALS: 50 marathons in 50 states