ATLANTIC CITY, N.J. (AP) — Some gambling technology companies expect the U.S. Supreme Court to legalize sports betting and are jockeying for position in the new industry months before a decision is even rendered.

A lawsuit filed Thursday in Atlantic City shines some light on the scramble. NYX Gaming Group Ltd., a company based on the British island of Guernsey, is suing London-based William Hill PLC over Las Vegas-based Scientific Games Corp.’s proposed acquisition of NYX.

William Hill owns stock in NYX and is threatening to use its voting shares to block the acquisition unless it receives certain assurances from Scientific Games about what the newly merged company will and won’t be able to do.

NYX, a leading provider of gambling software, terms those requests “extortionate” and anti-competitive, according to its lawsuit. They include demands that Scientific Games not compete with William Hill, and that it hand over source code for some NYX products.

William Hill says its actions are “perfectly reasonable.” Scientific Games did not immediately respond to a request for comment.

The maneuvering takes place as the nation’s highest court prepares to hear a case brought by New Jersey that seeks to legalize sports betting. The state is taking aim at a 1992 law that forbids state-authorized sports gambling in all but four states that met a 1991 deadline to legalize it: Delaware, Montana, Nevada and Oregon. Nevada is the only state to allow single-game wagering.

“Many in the industry think it is only a matter of time before sports betting is opened up one way or another,” said David Schwartz, director of the Center for Gaming Research at the University of Nevada-Las Vegas. “With that mindset, it is important to establish a position now, as states and operators will be choosing partners quickly.

“For the past 30 years, gaming companies have been driven by the promises of expansion,” he said. “In the past that meant more states opening themselves up to casino gaming, but the final frontier may be sports betting.”

On Sept. 20, NYX announced it would be acquired by Scientific Games, which makes a variety of products for lotteries and casinos.

But William Hill is threatening to block the deal.

William Hill spokesman Ciaran O’Brien said the company is defending the rights of its shareholders.

“Aggressive litigious activity is a hallmark” of mergers and acquisitions in the U.S., he said. “But it will not deter William Hill from seeking perfectly reasonable assurances about joint projects with NYX.”

Asked about the industry’s desire to line up market share ahead of a high court ruling on sports betting, O’Brien said: “This may give a clue as to the aggressive litigation being aimed at William Hill.”

Schwartz predicted other companies likely to seek a share of a U.S. sports betting market include CG Technology; the South Point Race Book; and Boyd Gaming, all based in Las Vegas. He also predicted some startup firms headed by gambling industry veterans will emerge.

In a report last month, Eilers & Krejcik Gaming LLC, which tracks state-by-state gambling legislation, predicted legal sports betting could be offered in 32 states within five years if the Supreme Court rules in favor of New Jersey. 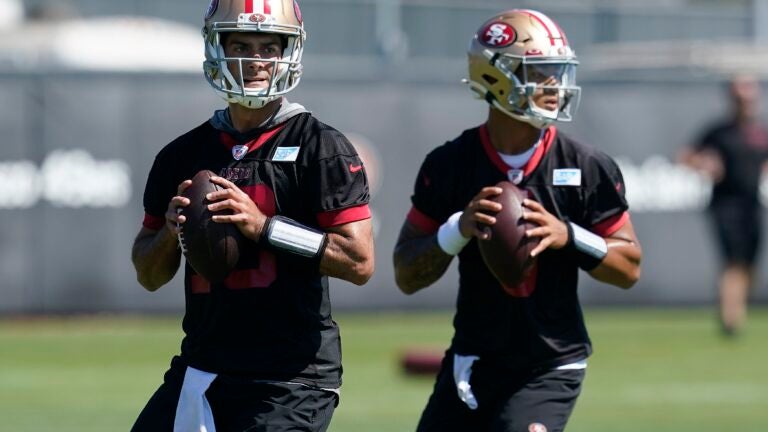