For historian Amy Bass, whose past work has focused on international topics like the 1968 Olympics, her latest project brought her back to a familiar New England community. Having attended Bates College, Bass spent her undergraduate years in Lewiston, Maine.

And in her newly released book, “One Goal: A Coach, a Team, and the Game That Brought a Divided Town Together,” Bass explored how a high school soccer team was a catalyst for grappling with larger societal issues.

Once a community that was 95.75 percent white, according to the 2000 census, Lewiston subsequently witnessed the arrival of thousands of Somali immigrants. The large influx of new residents was followed by tension, as some who had lived in the community their whole lives were uneasy about their new neighbors. Lewiston Mayor Robert Macdonald infamously asked Somali immigrants to “leave your culture at the door” in 2012.

Yet as Bass explains, attitudes have changed in part thanks to the Lewiston High School soccer team. A unifying force, the team’s run to the town’s first ever soccer state championship showed the community what a common goal can achieve.

Bass recently spoke to Boston.com about her experience, and will be at an event about her book on March 26.

(This interview has been lightly edited and condensed for length and clarity.)

So this has been the culmination of years of work. How do you feel now that it’s out in the world as a published book?

Amy Bass: It’s on its own. It’s like sending a kid off the college. I’m sort of a control freak, researcher and writer. So I always think publication day is kind of hard, and yet it’s awesome because I hope folks can take part in this amazing story about these amazing players and their families and their coaches. That’s been my goal the whole time, so today’s the day that starts to happen.

Given your background in Lewiston as the place you did your undergrad years in college, did that play a role in discovering this story that you’ve written about?

AB: I think actually my time there as an undergrad was really important. I mean first of all, the reason this story even came to my attention was because a college classmate posted a small article on Facebook. And I read it and thought, “This is my jam! This is the kind of stuff that I write about and am interested in.”

So Bates is why it landed on my desk in the first place. But of course I went to Bates before there was a Somali immigrant population. Lewiston obviously has a very long history of immigration because it was a textile town. French-Canadian mill workers were its base, and that French-Canadian culture is still very much there. But I went back to Bates in early 2014 as a learning associate for a week, and it was the first time I’d gone back for more than just a reunion fly-by, and got to see the changes and I think my own time at Bates is why I noticed things in the way that I did. Being away and coming back allowed me to see this transformation that the city is undergoing.

How receptive were the people in this story to it being made into a book, and were they aware in real time that that was your purpose?

AB: Oh my goodness, yes. I was very upfront. The first person that I went to was coach Mike McGraw, who had generously contributed to the article that I had just written. But I asked him what he thought before I moved forward on anything, and he took a little time to think about it, which he should. I appreciated that, because I was asking a lot. But he said yes. He was cautious, but he said yes. He was the very first major interview that I did, and we talked about soccer for four hours.

That was the beginning. I asked once if I could tag along, and I never had to ask again. He was so open and generous, and his players absolutely followed suit. I sort of had these moments where I thought, “Wow, I’m in the locker room, or the halftime huddle, how did this happen?” Or, “Wow, I’m in Mo’s mother’s kitchen and she’s feeding me. How did this happen?” And those were great moments, but I think it was even better that I sort of didn’t notice all of that stuff, it just evolved.

How did it work with the timeline? Were you writing it retrospectively or as as it was happening?

AB: So it’s about the season before. I’m a historian by trade, so this book was me very much reconstructing that season. And also broadening that story, so it’s about the bigger landscape of these kids, and their families, and their journeys to Lewiston. It’s about Lewiston and really about American writ large at this crossroads moment that we’re at in terms of the national conversation about immigration and belonging and citizenship.

Were there any moments during the research and writing experience where you doubted that this would come together as a book?

AB: I think every writer sort of has that. There are always two things in the back of your head. One, am I doing enough, or is this enough? And two is will anyone want to read this? You know, what’s the hook? Because it really is an impossibly local story in a way, and yet it’s not. This is not the story of just one high school season. I think that in so many ways this is kind of the American story. Thinking about America’s history, America’s character, in terms of who’s here and what we’re proud of, I think this is a shining example of that.

Is there something about soccer that makes it uniquely important to this story, or was that merely a backdrop for the larger story about the town itself?

So I think that soccer is important in this story because we get to see where soccer lives in this country is absolutely about all of the millions of youth rec leagues and it’s very much about those soaring World Cup ratings that the United States has seen from both the men and women’s World Cups. But it’s also about the parks, where kids in Lewiston are filling the parks and the public spaces and streets with pickup games, and the jerseys that they wear to school every day. I think that’s an important part of the story.

And I also think that the game itself is important. Coach McGraw talks about the advantage of the ball, and putting the game first and the rules of the game. It’s called “the Beautiful Game” for a reason. There’s no “I” in a soccer team. It’s all about building from the back, and working together.

One of my favorite things that the kids would constantly say is, “Coach doesn’t care where we’re from, as long as we pass the ball.”

Do you have a particular anecdote from this story that stands out in your mind?

AB: I have a lot, and that’s a tough question. But there is a really poetic ending to this story that just as we were about to close production of the book in the fall, maybe even the day we were closing, Lewiston won another state championship in fall, 2017.

It was literally a stop-the-presses moment. It’s very much part of the story, so I wrote a postscript of 800 words in about an hour. We reconfigured paginations to get this into the book because it was the next generation winning. These were the little brothers. And so Warsame Ali scored the winning goal for that championship this past fall. And he’s younger brother of Muktar Ali, who’s very much a main character in the book. And he gets the last word, which wasn’t I planned and wasn’t something I expected.

He said, “We bleed blue, and always will.” I think that is a running theme, bleeding blue. They’re the Blue Devils. And soccer is the game that brings them all together, but “bleeding blue” is sort of the identity that brings them all together. And that idea that soccer is life I think really sums up where this book started. Because where it started was soccer being how these kids live where they landed. I think Warsame’s summing it up is just beautiful. 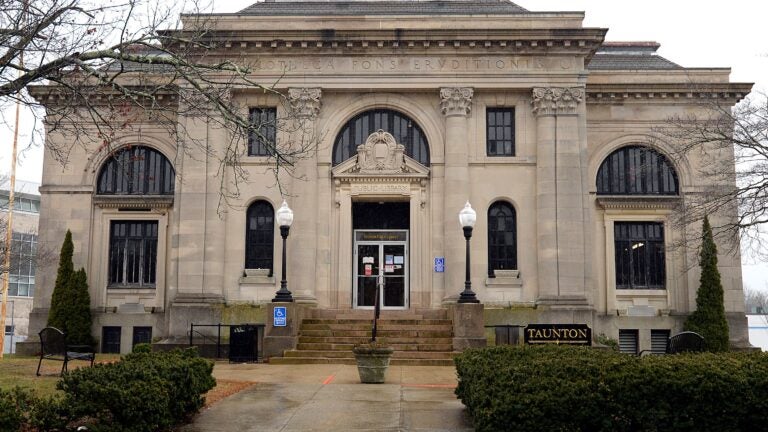