Before the familiar sight of baseball returns to Fenway Park in 2019, the timeless venue will host a brief, veering detour. And given the nature of ice cross downhill — the sport that will skate into New Englanders’ consciousness next February — it probably will take a few more choppy turns for good measure.

On Feb. 8-9, the sport known as ice cross downhill will make its wintry debut in Boston at the Red Bull Crashed Ice event hosted in the home of the Red Sox. On a track covered in ice, racers (four at a time) will reach speeds of 50 miles per hour as they skate down a seven-story tower constructed on the right-field bleachers along a 2,000-foot course, replete with jumps and tight turns.

Hurtling to the infield, racers will follow the narrow track around the bases, finishing at home plate.

“A huge thing for our sport is to show it to people who have never seen it, and get it into new locations,’’ explained Amanda Trunzo, the reigning women’s ice cross downhill world champion and a former Dartmouth hockey player. “That’s how the sport will continue to develop.

“I’m super excited for it. It’s a new development to have it in a stadium.’’

Though baseball isn’t normally considered to be in the metaphorical (or physical) ballpark with extreme sports, one of its most hallowed grounds will provide a picturesque backdrop to a historic moment for the comparatively new sport. It will be ice cross downhill’s first time in a major sports venue.

For Fenway Sports Management, it was a perfect chance to work with sponsor Red Bull, known for organizing international extreme sports events.

“The opportunity presented itself when they were looking to take their Crashed Ice tour to a stadium setting,’’ said Mark Lev, managing director of FSM. “Historically they’ve had the event at outdoor public settings.

From the ice cross downhill perspective, the ballpark is a major opportunity.

“I think that having the event inside Fenway Park is going to be a game-changer for the sport of ice cross downhill,’’ said two-time men’s ice cross downhill world champion Cameron Naasz. “Just the whole idea behind it is pretty exciting.

“It’s something that’s been talked about before, but the actuality that it’s really happening is very cool.’’

“Fenway Park is a mythic place and an awesome sports environment,’’ said Red Bull Crashed Ice sport director Christian Papillon. “There’s a lot of history there. It’s a privilege to design a track for such a place.’’

Construction will begin in January.

“Overall it takes about three weeks to build, and a week or less to dismantle the whole thing,’’ said Papillon.

The concern with winter events held in cities is always that it won’t be cold enough, even in February. But an ill-timed thaw won’t deter Crashed Ice, according to Papillon. Earlier in 2018, Red Bull hosted an event in Marseille, France, where the winters are more mild. The crew uses chilling technology to protect the ice.

“We have a super-strong chilling system which we use at every race except in Finland, where we use natural ice,’’ said Papillon “Obviously it’s always something that we’re thinking about, and hopefully everything goes well this year.’’

After the races are over, the technology can be used to melt the ice. The process will conclude well before baseball season.

The ballpark first hosted an extreme winter sports event in 2016, with
Big Air at Fenway. That helped instill confidence that ice cross downhill could follow.

“I think that from an operational perspective, the fact that we were able to construct a 140-foot ski ramp got us comfortable with the notion of building out a similar type of ramp that’s going to be used for the Crashed Ice event,’’ said Lev. 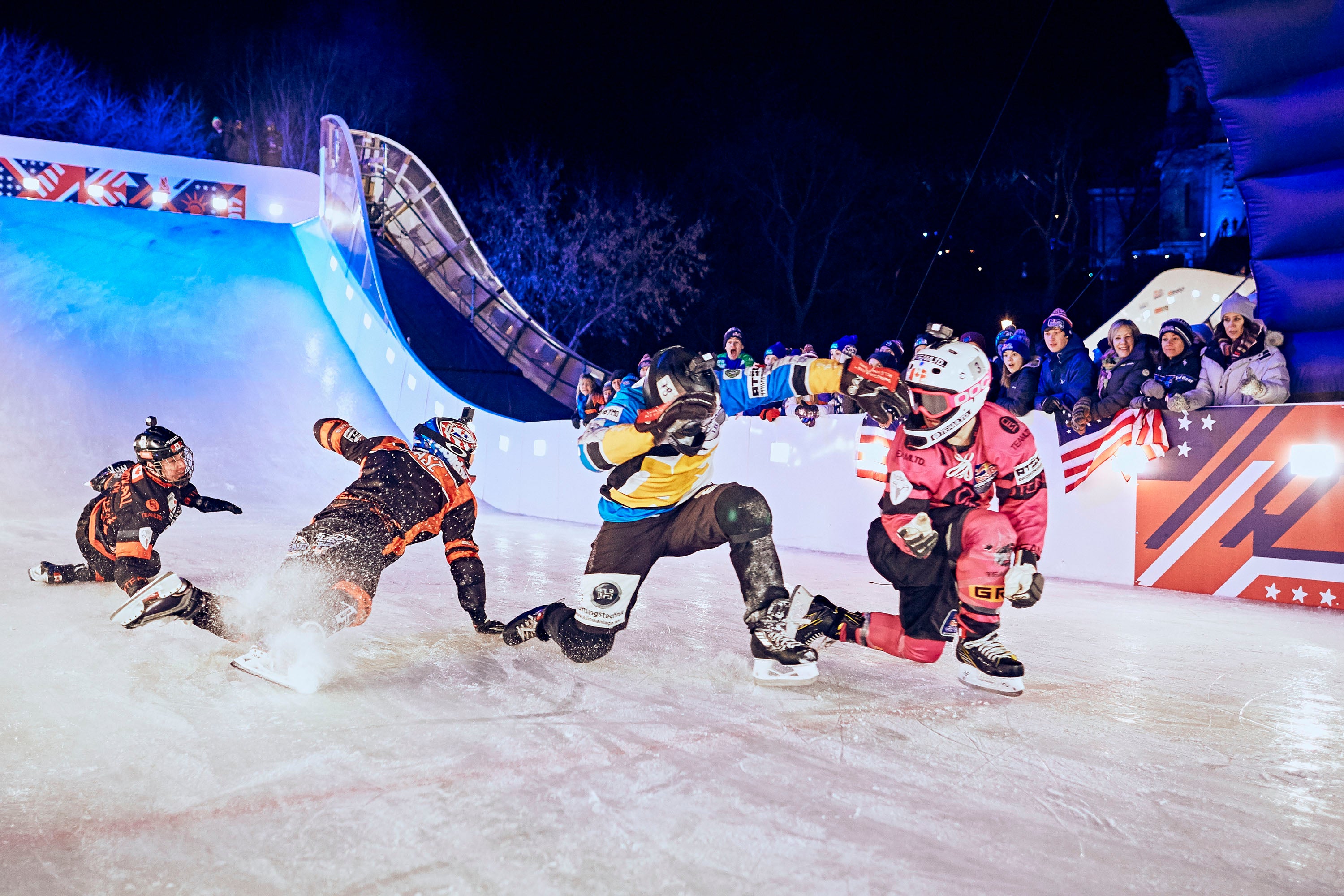 Four racers compete at a time in ice cross downhill.

Just as with Big Air, Lev hopes this event will attract a different type of crowd.

“This is an event that might bring different types of audience into Fenway who might not otherwise come here,’’ he said.

And the event will be internationally competitive. Crashed Ice isn’t a superfluous event in the sport. The races in Boston will be momentous in the Ice Cross Downhill World Championship as its finale, with 1,000 decisive points awarded to the male and female winners.

The preceding events will take place in Japan in December and Finland earlier in February.

“Within Crashed Ice, we have a few different events, and the big three stops will be Japan, Finland, and Boston,’’ said Trunzo. “So all of the top riders will be in Boston because that’s where you can earn the most points.’’

And as Naasz explained, the goal is to return to Boston a few years from now with the ultimate mark of the sport’s growth: a local competitor.

“It’d be great to see it return to Boston again,’’ said Naasz, “and see a local boy from there get involved with the sport.’’ 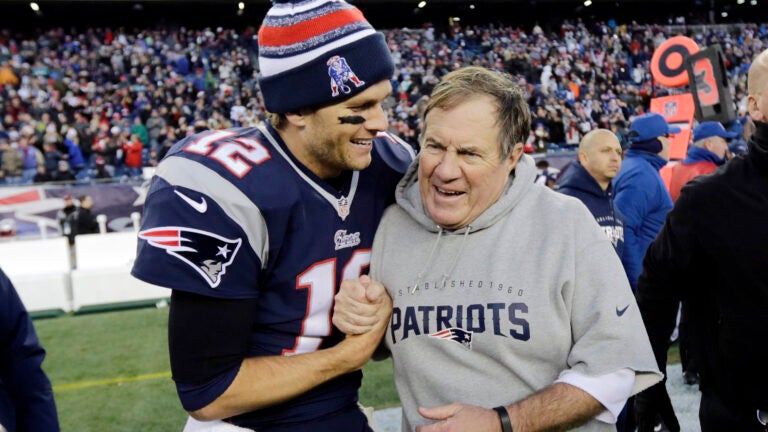