“I was in the ring, me and my coach asked the commission if it would be OK to use my inhaler and they said yes, so I took it,’’ said Hardy. “I’m still new guy in this sport. I did what I do in every situation – I asked permission, I got permission, and I did what I was told.’’

It was supposed to be another step for Hardy, 31, who hopes to be the next big star in an aging heavyweight division. Current champion Stipe Miocic is 37. No. 1 contender and former champ Daniel Cormier is 40. Brock Lesnar and Cain Velazquez have departed for the WWE. But Hardy is not ranked in the top 15, and Friday night’s controversial fight is unlikely to change that. 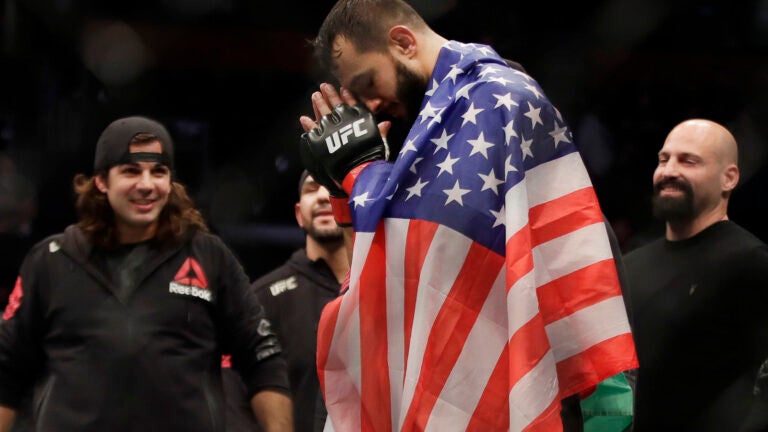