Nine people — including retired NBA star Kobe Bryant and his 13-year-old daughter, Gianna — died in a helicopter crash near Calabasas, Calif. on Sunday.

The helicopter was heading from John Wayne Airport in Santa Ana to a basketball tournament in Thousand Oaks. Bryant was set to coach his daughter’s team. Six of the seven other victims of the crash were also heading to the tournament. One victim was the helicopter pilot.

Here’s what we know about those in the crash:

The 41-year-old, who retired from a 20-year NBA career in 2016, was set to coach his daughter’s basketball team at the Mamba Sports Academy in Thousand Oaks on Sunday afternoon. The academy, which Bryant founded, was part of a path he pursued after his playing career was over to help younger athletes succeed.

As a player, Bryant won five NBA titles with the Los Angeles Lakers after joining the league in 1996, straight out of high school. His final appearance was a 60-point performance.

Basketball Hall of Fame chairman Jerry Colangelo has already said that Bryant will be honored as a first-ballot inductee in 2020:

Kobe Bryant will be a first-ballot enshrinement into the Naismith Basketball Hall of Fame class of 2020.

“Expected to be arguably the most epic class ever with Kobe, Tim Duncan and Kevin Garnett,” HOF chairman Jerry Colangelo says. “Kobe will be honored the way he should be.”

The second of four daughters, Gianna held what her father identified as the “Mamba Mentality,” competing with him even when it came to how fast they ate their cereal.

Gianna, 13, had an interest in basketball that was just beginning to blossom.

In a 2018 late-night television appearance with Jimmy Kimmel, Bryant explained how his daughter had no problem shouldering the Bryant basketball legacy.

When asked if Gianna had ambitions to one day play in the WNBA, Bryant had no doubts.

“She does for sure,” he told Kimmel.

“This kid, man,” Bryant said. “The best thing that happens is when we go out and fans come up to me, and she’ll be standing next to me and they’ll be like: ‘You’ve got to have a boy. You and [Vanessa] have got to have a boy, someone to carry on the tradition, the legacy.’ And she’s like, ‘Oh, I got this. Don’t need no boy for this, I got this.’ And I’m like, ‘That’s right. Yes you do. You got this.'”

Gianna was also “hellbent” on playing for Geno Auriemma and the University of Connecticut. In March of 2019, Gianna and her father visited Connecticut to watch a game at Gampel Pavilion.

Alyssa Altobelli was Gianna’s teammate. She, along with her parents, were traveling to the basketball tournament in Thousand Oaks. John and Keri were on board to watch and cheer on their daughter.

John was a former Cape Cod Baseball League coach. He led the Brewster Whitecaps from 2012-2014.

He was also the longest-tenured baseball coach in Orange Coast College history. Altobelli managed the Pirates to more than 700 wins and was set to enter his 28th season in 2020. He was best known for his ability to help young players persist through difficulty, and reach their potential, according to the Orange County Register.

Just spoke with Mets star Jeff McNeil, who played for John Altobelli, one of the victims of the Calabasas helicopter crash, who managed Brewster in the Cape Cod League in 2012.

John and Keri’s son, J.J., was hired as a Red Sox scout in 2018. They also leave behind a daughter, Alexis.

Mauser, 38, was the Mamba Academy girls’ basketball team’s top assistant, according to the Los Angeles Times. She was a mother of three daughters.

In an interview with the “Today” show, Mauser’s husband, Matt, provided some background on her role and expertise as a coach.

“[Kobe] was dedicated, and so was my wife,” Mauser said. “They were dedicated to these girls.”

“I’m scared, I think, more than anything… She was warm. She was incredibly bright.” Matt Mauser, husband of Christina Mauser, who is one of the victims in LA-area helicopter crash, remembers his wife and their friend Kobe Bryant pic.twitter.com/qhohGVzeGl

Payton, 13, was a teammate of Gianna and Alyssa’s. According to her grandmother, Catherine George, Payton and her mother Sarah were headed to the same basketball tournament.

Todd Schmidt, principal of the school that Payton attended, wrote about the loss of the Chesters.

“While the world mourns the loss of a dynamic athlete and humanitarian, I mourn the loss of two people just as important,” Schmidt wrote in a Facebook post. “Their impact was just as meaningful, their loss will be just as keenly felt, and our hearts are just as broken.”

As folks mourn the loss of Kobe Bryant, I want to take a moment to remember two gorgeous human beings who were with him,…

Zobayan was the pilot of the helicopter. He received his commercial pilot certificate in 2007, according to the FAA.

As a flight instructor, Zobayan was trusted.

One of his students, Darren Kemp, told the Los Angeles Times that Zobayan was the only one Bryant trusted.

“He doesn’t let anyone else fly him around but Ara,” Kemp explained. 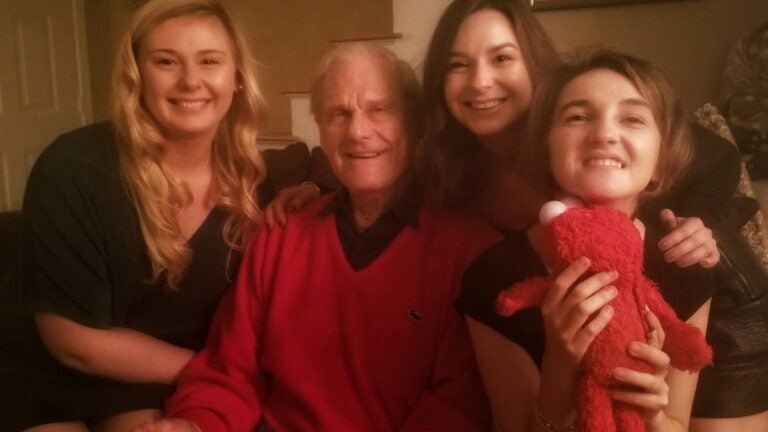