Vlhova was more than nine-tenths off the lead in fourth place after the first run but posted the fastest time in a free-flowing second.

The Slovakian skier, who also won in Zagreb and Flachau recently and finished on the podium in 13 of the last 15 races, now leads the discipline standings by 20 points from Shiffrin.

The American three-time overall champion sat out the race, taking a break from skiing since the death of her father, Jeff Shiffrin, two weeks ago.

“I am so, so happy that I found something inside me,” Vlhova said. “Because the first run I did really bad. The second run I tried to push and at the end I was lucky.”

The Swedish skier extended her lead to a massive 1.17 seconds at the final split. But with her first career win in sight, Swenn Larsson lost her balance a few gates from the finish and fell over.

“Of course I was really lucky because Anna, she was really fast,” Vlhova said. “If she don’t do the mistake, she wins of course. So, it’s a different victory but it’s still victory.”

Switzerland’s Wendy Holdener was 0.24 seconds behind Vlhova in second for her 24th career podium result in slalom without winning a race, a World Cup record.

The result extended the three-year winning streak of Shiffrin and Vlhova in World Cup slaloms.

The American six-time discipline globe winner and her Slovakian rival combined have won the last 26 slaloms, with Shiffrin racking up 19 wins and Vlhova seven.

Swenn Larsson’s former teammate Frida Hansdotter remained the last skier other than Shiffrin or Vlhova to win a World Cup slalom, in Flachau in January 2017. Hansdotter added the Olympic title in 2018 before retiring last season.

Shiffrin remained in the lead of the overall World Cup, 113 points ahead of Italy’s Federica Brignone. Vlhova trails by 154 points in third.

Brignone, who sporadically competes in slaloms, straddled a gate in her final run and failed to score points.

The women’s World Cup continues with two downhills and an Alpine combined event in Crans Montana, Switzerland, next week. 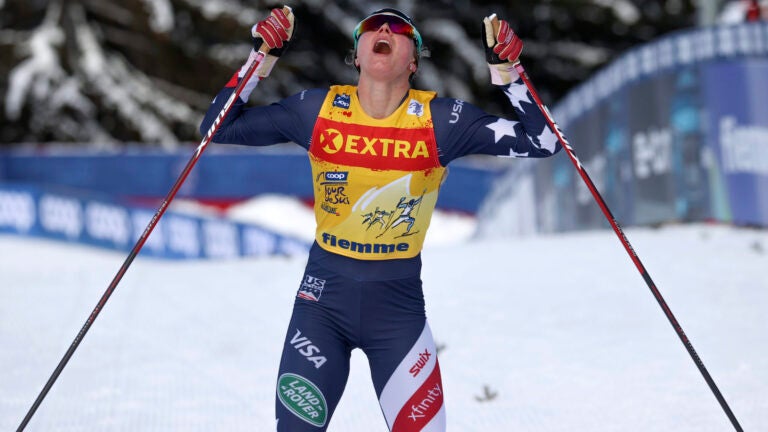