INDIANAPOLIS (AP) — The big guys made a big statement at the NFL scouting combine Friday night.

Wisconsin star Jonathan Taylor ran the fastest 40-yard dash (4.39 seconds) despite weighing in as the third-heaviest running back at the combine, and the offensive linemen had a solid showing, led by Louisville’s 357-pound Mekhi Becton, who ran a 5.10 time in the 40.

Raiders general manager Mike Mayock said on the NFL Network that he was more impressed with Becton’s 5.10 than he was with Alabama wide receiver Henry Ruggs III, who ran a blazing 40-yard day in 4.27 on Thursday night that was just shy of John Ross’s record of 4.22 set in 2017.

“Rich, you love the 4.22. Who’s going to beat the 4.22?” Mayock told former colleague Rich Eisen during a visit to the broadcast booth. “I believe him running the 5.51 is more impressive than what the wideout from Alabama, Ruggs, ran yesterday.”

Other O-linemen who impressed during the first Friday night live workouts at Lucas Oil Stadium were Iowa’s Tristan Wirfs, who topped them all at 4.85 seconds in the 40 and dominated the position drills and other tests.

“And the Wirfs kid is a third-year junior,” Mayock said. “Typically the Iowa players stay five years, not three. And he comes out and a lot of people were thinking right tackle or guard, and his numbers just jumped off the chart. It screamed left tackle. Boy, did he help himself.”

Taylor weighed in at 226 pounds earlier this week, heavier than every running back save for Boston College’s A.J. Dillon (247 pounds) and TCU’s Sewo Olonilua (232).

Taylor’s 40 time drew comparisons to former Penn State star and current Giants running back Saquon Barkley, who ran a 4.40 40 at 233 pounds at the combine in 2018. 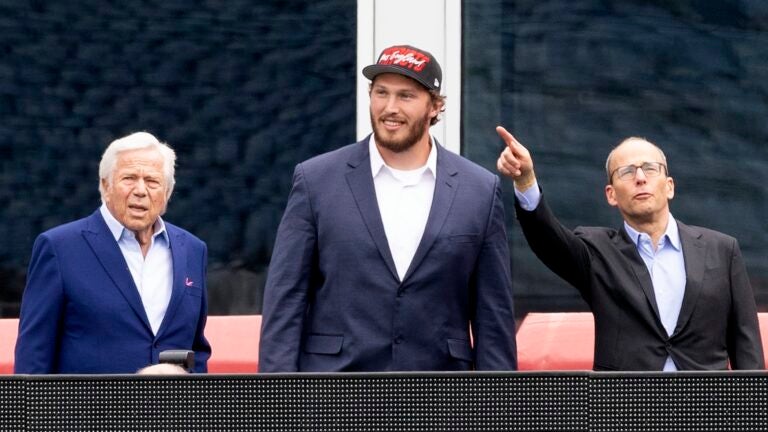