Once more, the pronouncements arrived in a torrent, although this time they were about rebirth rather than cancellation.

The NBA was planning to start up again in late July. The NHL announced that a playoff tournament would take place through the summer. MLB was continuing negotiations with its players for a shortened season. The NFL was moving toward opening training facilities. Soccer leagues for both men and women in North America were completing plans for summer tournaments. Top-tier soccer leagues in England, Italy and Spain announced they would resume play in June.

After months filled with pessimism, hesitation, quiet planning and uncertainty about whether major sports would happen again in 2020, nearly every sport was preparing to come back, provided that work agreements with players could be negotiated and that public health authorities raised no objections.

Player representatives, league officials, lawyers and business consultants who work closely with them say the sudden shift resulted from a mix of dramatic changes few could foresee a month ago.

There has been an increase in the availability of testing, which has allowed some of the leagues, like many other businesses, to secure all the kits they believe they need. There were also far more mundane developments. Lisa Baird, commissioner of the National Women’s Soccer League, said a final linchpin for her league’s plan was gaining approval from its insurance company.

“Science has advanced,” Mark Cuban, owner of the Dallas Mavericks, wrote recently in an email. “We know more than what we did before, and just speaking personally, my expectation is that science will continue to progress forward with therapies, testing and vaccines. I’m actually more optimistic about a vaccine coming early than what others expect.”

Not everyone is as bullish as Cuban about the prospects for a vaccine, with most experts saying one won’t be widely available until at least early next year. And while testing has increased both nationally and in the hardest-hit areas, it remains below a level that some epidemiologists say is needed to help mitigate future outbreaks.

But with reopening plans underway in all 50 states and with elected officials and the public eager for business activity to resume, league officials had a growing sense that there would be minimal opposition if they moved ahead with plans.

Also, people who work closely with the leagues and team owners said, the financial consequences of not returning, potentially billions of dollars in losses across the leagues, made trying to come back vital.

“The economics of missing an entire season are just really, really bad,” said Irwin Raij, co-chairman of the sports law practice at O’Melveny & Myers, who is in constant contact with numerous team officials and owners.

Finally, while certain players have expressed concerns about their safety, especially those with compromised immune systems, most are like any other furloughed worker who wants to return to work and get paid, even if that means doing so without the usual comforts of the job.

“We are all going to have to be a little less judgmental,” said Alison Riske, a tennis player who recently participated in a four-player event on a private court in the backyard of an estate in Florida, without her usual support team. “We have to roll with the punches.”

J.C. Tretter, the Cleveland Browns center who is president of the NFL Players Association, said the desire to get back was strong, so long as it could happen safely.

“We all love playing football,” Tretter said Friday from Cleveland. “We also love our teammates and our families.”

Regardless of the dire financial consequences the leagues were facing, none would have been able to pursue plans to reopen without the promise of fast, widespread testing.

For two months, league officials could not talk seriously about acquiring the necessary tests without giving the impression that their needs were more important than the general public’s.

During the last two weeks, as testing became more widely available, even in the cities the virus has hit the hardest, such as New York, that concern has diminished. One top sports industry executive, who speaks regularly with the leaders of all the major sports, said the NBA had already secured enough tests to screen all of the players as often as they want. An NBA official, who asked not to be identified because the league’s comeback process is still evolving, confirmed that the testing hurdle had been cleared.

Baird said she had finally felt comfortable moving forward when medical experts signed off on an NWSL plan to test players before they arrive for the tournament in Utah, again when they show up, and then at least weekly during the monthlong competition.

Brian McCarthy, a spokesman for the NFL, said the league was still working on its testing process and securing the necessary kits.

With the U.S. largely reopening in recent days, the governors of California and New York, the largest states to impose extensive stay-at-home orders, said they would consider sports events without fans, giving hope to league officials.

Even without the expense of having to stage games and pay players, teams need some revenue to cover fixed costs.

Some owners have borrowed hundreds of millions of dollars to acquire their teams or to build stadiums.

The New York Mets, for instance, pay roughly $50 million annually toward construction debt on Citi Field. Stan Kroenke, who owns the Los Angeles Rams, as well as NBA and NHL teams in Denver, recently borrowed an additional $500 million from the NFL’s stadium fund, in part to finance the continuing construction of a football stadium in Inglewood, California, that is scheduled to open this year.

According to people familiar with its plans, the NFL is weighing a series of scenarios in which it plays with no fans, or with stadiums at varying levels of spectator capacity.

McCarthy said the league was “preparing to play the 2020 NFL season as scheduled and with increased protocols and safety measures for all players, personnel and attendees.” He said health was the league’s “primary focus.”

Playing without fans would hardly be a panacea.

Gate revenues, concessions and other money that fans spend at games account for roughly 25% of the NFL’s $15 billion in revenue. Baseball collects about one-third of its $11 billion from the gate. But getting the games on television will generate at least some cash flow — and plenty of attention before fans decide to invest their passion and their disposable income elsewhere.

“You can offset some losses, but this is about going beyond 2020,” Raij said. “They need to keep the fans engaged.” 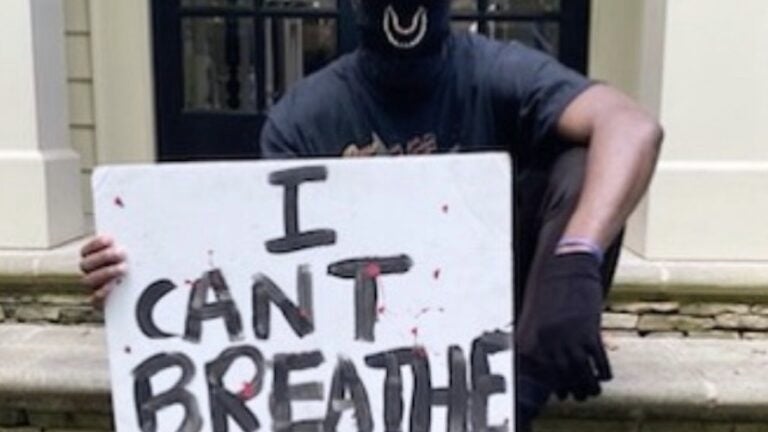 ‘Our voices need to be heard’: Jaylen Brown leads peaceful protest in Atlanta