As the month of July comes to a close, the MLS is Back Tournament has settled into a comfortable rhythm.

Despite the early problems it had to confront — with two teams having to drop out due to multiple COVID-19 positive tests among players — the league was able to stabilize the situation within its Disney World bubble.

Since July 12, there have been no new reported cases of the coronavirus in testing among the active teams in the tournament. The effect has been to create a competition with increasing excitement, as teams reacclimated to games for the first time in months.

The quarterfinal match-ups are now set, with a few of the familiar favorites reasserting dominance after some initial struggles in the group stage.

The Revolution are not among the final eight after falling to the Union in a 1-0 Round of 16 loss on Saturday night. New England, without injured playmaker Carles Gil, ran out of ideas in attack.

Still, midfielder Kelyn Rowe took positives away from the team’s performance in the tournament. Despite the knockout round exit, the Revolution accrued five points in the group stage that will count in the regular season standings.

“We got points in every game that counted toward regular season play,” said Rowe after the loss. “A win and two ties in the games that mattered towards the season, that’s great for us. That’s what we wanted.”

Here are a few other takeaways from the last week:

· The MLS goal king continues to shine: At 37, San Jose striker Chris Wondolowski is a remarkable story in American soccer. He’s the all-time leading scorer in MLS history, and doesn’t seem to be slowing down in doing what he does best.

For three straight games, the Earthquakes’ longtime leader has come off the bench and scored important goals to help the team advance to the quarterfinals. Though he has long fought against the label of merely being a striker who scores only from close range, it’s undeniably his innate gift.

His 86th minute goal in a 5-2 win against Real Salt Lake on Monday was a perfect example. On the surface, the goal looked entirely unremarkable. The ball simply bounced off Wondolowski and slowly trickled into the net. Yet, it was an illustration of what’s made him so interesting as a player.

He intuitively charged into a dangerous position, and though the finish was far from making any highlight montages, the goal — which gave San Jose a 4-2 lead with only a few minutes to play — counted just the same. Wondolowski might not be flashy, but moments like that show why he’s the most prolific scorer in league history.

· Minnesota United keep finding a way: Even though Minnesota United have been playing without Ike Opara, the 2019 MLS Defender of the Year, Adrian Heath’s team have nonetheless reached the quarterfinals.

Minnesota’s Round of 16 win over the Columbus Crew — who had been one of the better group stage performers — showed it was a team unafraid of pressure moments.

After taking an early 1-0 lead, United were forced onto the backfoot by a steady stream of Crew attacks. Columbus dominated possession (64 percent vs. just 36 percent for Minnesota), and eventually found an equalizer in the 79th minute.

Yet Minnesota was able to hold until the end of regulation time. Then, under tournament rules, the match went straight to penalty kicks. United goalkeeper Tyler Miller only needed to make a single save, as all five Minnesota penalty takers converted.

Though the match was yet another stressful watch for Minnesota fans — several of their games have been tense contests — they were smiling at the end. Of course, waiting for them in the quarterfinals will be an interesting matchup: Wondolowski’s San Jose Earthquakes.

· Predicting a potential final: While the tournament has had its fair share of upsets, including Atlanta United’s dramatic exit without even scoring a goal, the stars could be aligning for a possible clash of heavyweights in the Aug. 11 final.

LAFC, led by former US men’s national team coach Bob Bradley, have scored 15 goals in four tournament games. It’s a feat made even more impressive considering Los Angeles has been without 2019 MLS Player of the Year Carlos Vela (who opted out of playing in the tournament). It would be surprising if they didn’t continue to make a run in the knockout round.

On the other side of the bracket, New York City FC achieved an impressive 3-1 win over a talented Toronto FC team on Sunday. With Maxi Moralez back in the lineup and creating chances, a New York vs. Los Angeles final could be on tap. 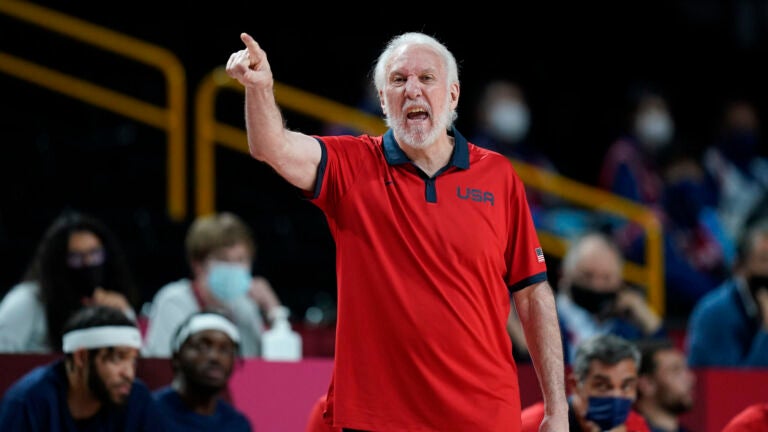 Hello, again: US and Spain to meet in Olympic men’s basketball quarterfinals