Late in the first half of Boston College’s upset bid against No. 1 Clemson on Saturday, the Eagles turned to some trickery to catch the Tigers by surprise.

On fourth and 2, BC appeared ready to attempt a 40-yard field goal. Then, suddenly, Marshfield native Danny Dalton split out wide right, Spencer Witter positioned himself on the left side, and kicker Aaron Boumerhi followed BC’s holder, John Tessitore, up to the line of scrimmage.

“It’s a fake!” ABC play-by-play announcer Joe Tessitore exclaimed. “Tessitore is under center on fourth and 2, and he got them to come offsides. John Tessitore came up and played quarterback at the last second, and they may get a first down out of this. How about that, on fourth and 2? He has played every position growing up, from prep quarterback, receiver, he’s pulled off multiple fakes, and he did it here.”

Color commentator Greg McElroy joked with his broadcast partner, Joe, that he really had to grind this week to find out all the detailed history about his son, who helped bring a special teams aficionado’s utopia to life in one fluid sequence.

“I know you’re so proud of him,” McElroy responded.

As it unfolded, Joe was strictly a play-by-play announcer trying to properly document an exhilarating play in a captivating game. No. 98 was simply Tessitore, not his son. Then at the commercial break, when he paused to briefly reflect on the serendipity of it all, he realized just how special it was.

ESPN and many other platforms shared the video, and it quickly went viral. It was a pure and authentic moment between a father and son that rarely exists in that fashion, as all the behind-the-scenes work they’ve done together was encapsulated into one minute. That minute, however, doesn’t tell the full story.

“It was a nice father-son moment,” Joe told Boston.com. “Very sweet, and I think special for a lot of reasons beyond just converting a fourth down on a trick play.”

The moment was years in the making.

Joe and John have played catch ever since John was a baby.

With Joe’s life revolving around sports, and the rest of the family into athletics as well, John inevitably gravitated toward competition himself.

“It was very natural,” John said to Boston.com. “My dad never cared about whether I was an artist, a musician, whatever it may be that I was passionate about. I fell in love with kicking and punting and holding, and being a specialist. I fell in love with football, which happened to also be his passion.”

They spent nearly every day together training and sharpening John’s technique. John fondly recalls how during a blizzard his eighth-grade year, they shoveled out massive patches of snow in their Connecticut front yard to practice in the near-10-degree weather. He would set the ball up on the tee and kick to his dad, over and over, until he felt like he had made concrete progress.

In high school, at Choate Rosemary Hall, John blossomed into a versatile special teams guru while Joe thrived as the Wild Boars’ special teams coach for three-plus years. Joe had a stopwatch in his hand and a whistle, and he’d guide John and the other players through drills. He filmed John, and when they got home, they dissected the tape together for hours and hours. 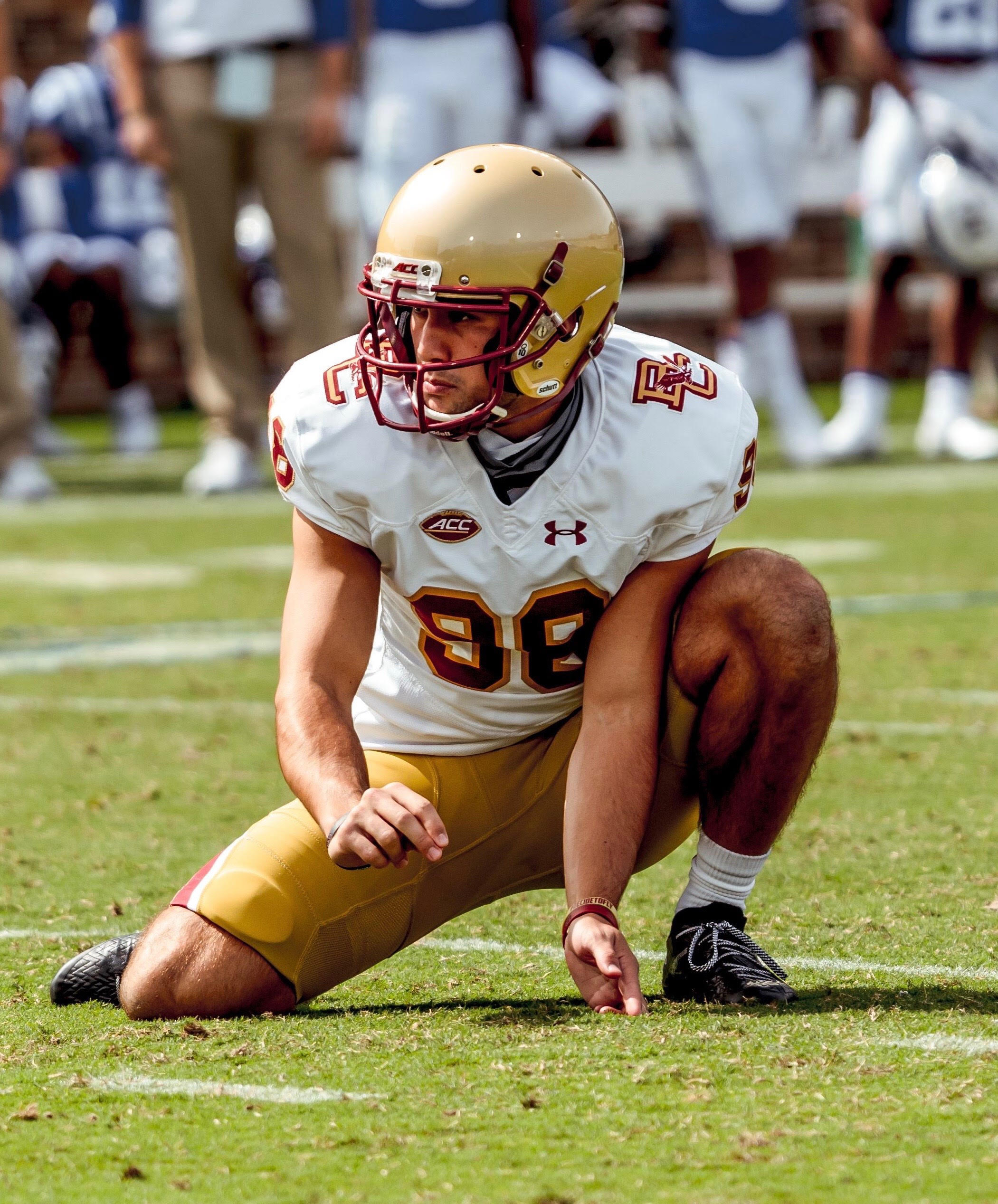 John Tessitore has established himself as a consistent starting holder for the Eagles.

Together, they traveled the country to attend showcase specialists camps, and they built up a bond with others in what they quickly realized was a tight-knit community.

“We’ve created amazing relationships all over the country because of it,” Joe said. “The specialists’ world is a small little fraternity.”

As John – who was a captain, catalyst, and state champion at Choate, plus the No. 9 recruit in Connecticut – realized his goal of playing Division 1 football was a realistic one, there was no doubt in his mind where he wanted to go.

He grew up attending BC games with his dad and traveling with him on the road for bowl games. John consistently woke up to Eagles paraphernalia on Christmas morning, found his people at tailgates, and has more pictures at BC events than he can count. He even got to play catch with Matt Ryan at Alumni Stadium, and he was at the perfect age when Ryan and Mark Herzlich helped the Eagles rise to No. 2 in the country in 2007.

“I remember going to a Clemson game (in 2006) when I was a kid, actually, when BC beat them in double overtime,” John said. “I remember it vividly, going there with my family, going to BC basketball games. I grew up every single day of my life wanting to be a BC football player one day.”

John Tessitore got to meet one of his idols, Matt Ryan.

Joe’s years of training with John helped him dissect what was happening.

John converted 14 of 18 extra points as a freshman in 2018 before deciding to redshirt. He didn’t see any game action in 2019, but now he’s established himself as the starting holder as a redshirt sophomore.

He said he’s extremely grateful that head coach Jeff Hafley and the staff trusted him to execute the play against Clemson on Saturday, noting that a lot more went into it than just his portion.

“All the momentum was on our side in that moment,” John said, “that our team set up our field goal unit to not fail on that play.”

The Tessitores didn’t discuss BC’s game plan in the week leading up to the game. John made it clear they kept it strictly professional, and he didn’t give his dad any indication the play was coming.

While Joe’s delivery in the booth is consistently smooth, he appeared to be particularly ready for this surprising twist – almost as if he had been studying the holder’s precise movements and tendencies for decades.

“Obviously I know him football-wise inside and out. I can tell body language,” Joe said. “There was one moment where he gave a set call, and there was no snap of the ball. I didn’t see him give what we call a flash with his off hand. When the tight end moved in motion, that’s when all of a sudden I was on high alert, because I just know him.”

When John was at Choate, Joe said, John used to pull off fakes all the time. He would play shotgun quarterback, run speed option, run quarterback dive, so much so that it became a niche, in addition to his typical work.

Joe knew that John has found success at BC practice with exotic fakes, and in the millisecond where Dalton started drifting, Joe knew exactly what was going to happen.

“We wanted to call it,” Hafley said, “and we felt like it was the perfect opportunity.”

The Eagles then capitalized on the next play, as quarterback Phil Jurkovec found CJ Lewis for a highlight-reel touchdown grab to put BC ahead 28-10 after the extra point.

“You can’t Hollywood script what happened.”

Before every game, John zeroes in on his happy place to get in the right frame of mind.

“The one thing that brings me to that relaxed state of quieting my nerves is thinking about my dad tossing me underhand snaps back in the beginning of quarantine in March, when I first got home, when it was about 40 degrees, on a field by our house,” John said. “I always think of that moment pregame, so that kind of hit me again postgame, thinking, ‘All right, this is everything we’ve worked for together.’”

Joe described John as “like a hot hornet” after losses, and he was particularly animated after this one. He quickly took off the broadcaster cap and put on the father cap, making sure to let John vent about what went wrong in BC’s 34-28 loss.

Then he told John that once he got on the bus, he might want to check social media. At that point, John had no idea they had gone viral, and he felt incredibly fortunate that his connection with his dad inspired that many people. 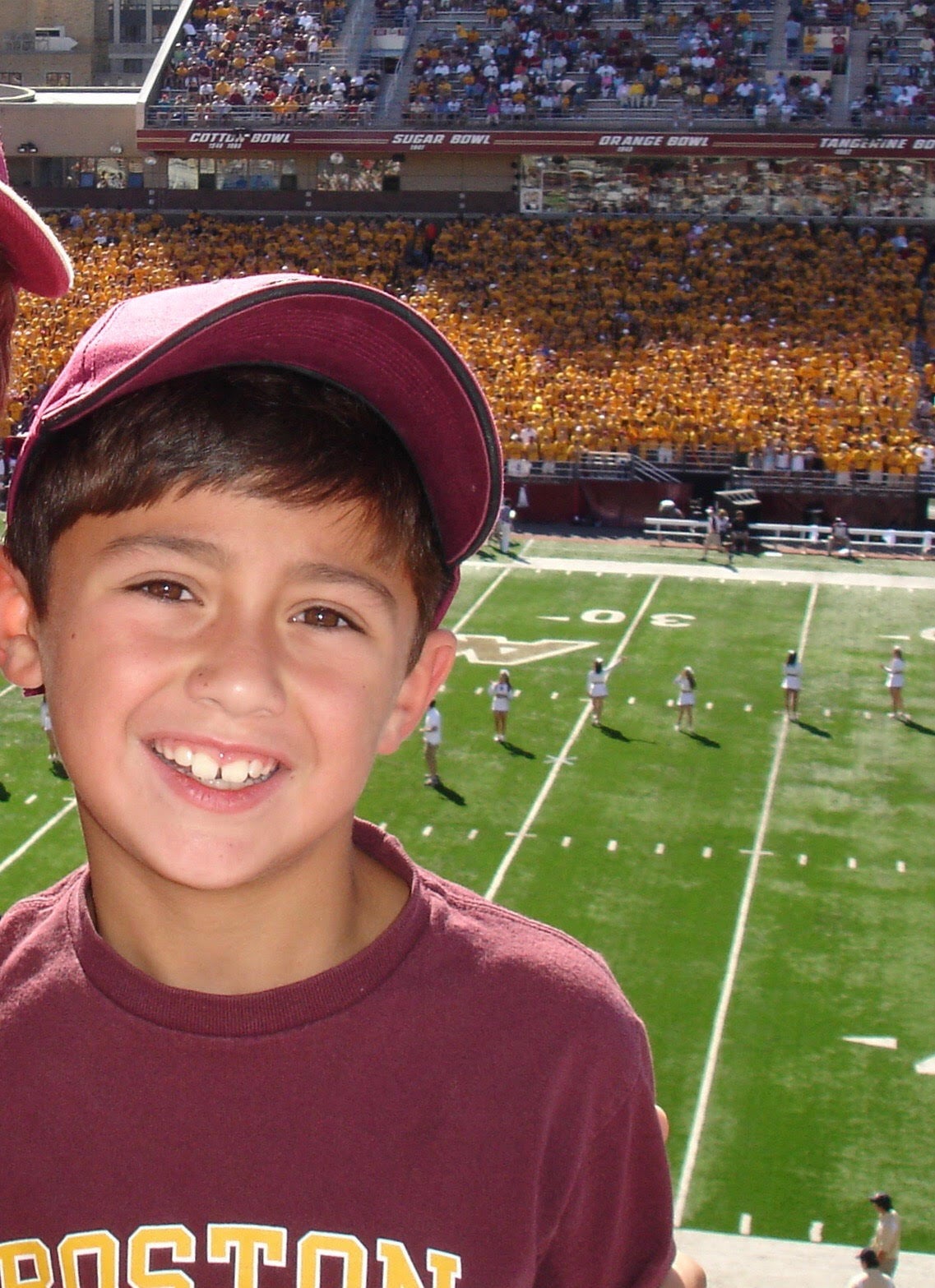 Playing for the Eagles has been John Tessitore’s dream since he was a kid.

John’s phone was constantly buzzing afterward, as friends and family from near and far reached out. A friend told him that Kansas City Chiefs quarterback Patrick Mahomes liked ESPN’s tweet of the play. David Gordon, who drilled the winning field goal when BC upset No. 1 Notre Dame in 1993, texted John and congratulated him.

John certainly appreciated all the praise, but the best reaction he got was from his teammates and coaches as they celebrated in unison as he galloped off the field.

It was just one play – a single snapshot in an action-packed game – but it carried so much more weight than most. The Tessitores know they’ll cherish this day for years to come. 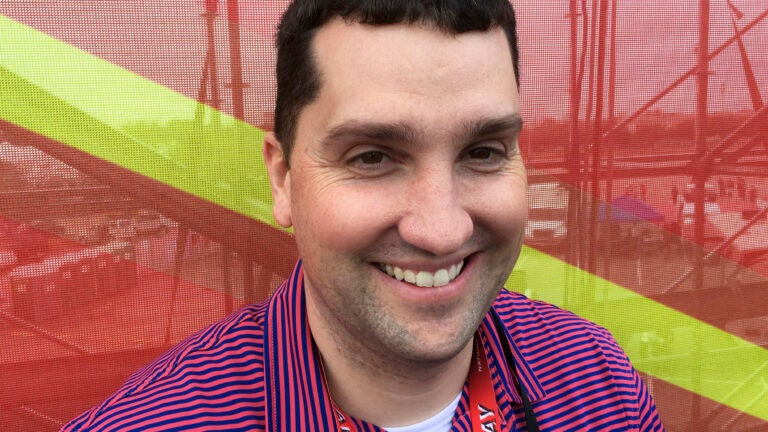 Over $200,000 raised for family of WBZ editor Jim Murphy, who died suddenly