When Jim Christian spoke with his players in June, he told them that they should prepare to play this upcoming season.

In reality, the Boston College men’s basketball coach didn’t know if a season would happen, but he wanted to ensure everyone was ready if that opportunity came.

Though the coronavirus pandemic is constantly altering the landscape of college basketball, it appears as of Monday night that the Eagles will have that chance.

BC has one of the most difficult schedules in all of college basketball, starting with a showdown with No. 3 Villanova on Wednesday, Nov. 25, at 9:30 p.m., as part of the 2K Empire Classic at Mohegan Sun.

Christian prioritized creating an “ambitious” string of games, as he called it. With so much uncertainty and ambiguity, his goal was to ensure his team faced as many perennial contenders as possible to give the Eagles the best experience they could have.

“This is about young people,” Christian said. “They’ve been through a heck of a lot, man.”

Here are five things to know about the upcoming season.

The Eagles have an “ambitious” early schedule, part of which is in a bubble at a casino.

The Boston College football team has garnered praise on a national stage for the way it’s handled the pandemic, running tests throughout the season and receiving no positive results since players returned to campus.

As basketball season gets underway, the hoops team will hope to do the same. The Eagles have deliberately created a schedule where they don’t have to travel much early in the season, and they’re starting off with their own version of a bubble at Mohegan Sun.

“It’s really just basketball and staying in your room,” Christian said. “There’s no roaming around anywhere, there’s no going to restaurants within the complex. It’s not the NBA bubble. There’s nobody out there playing golf, like in the NBA. It’s going to be guys playing basketball.”

After facing Villanova, they’ll be up against either No. 18 Arizona State or Rhode Island. They’re then slated to face St. John’s and Missouri, also at Mohegan Sun.

Sources tell The Athletic that Rhode Island will replace Baylor as the fourth team in the Empire Classic, with Arizona State, Boston College and Villanova.

Senior forward Steffon Mitchell said he’s thrilled for the opportunity. As he put it, there’s nothing better than facing the best of the best.

Living in a bubble may be strange at first, but the players said they’ll all adjust to make it work. The competition, and the potential to make some noise, makes it well worth it.

“This is what you get up for as a college basketball player,” Mitchell said. “It’s perfect. You couldn’t ask for much more.”

Steffon Mitchell called it the most versatile team he’s played on at BC.

Once the bubble is complete, the Eagles’ first true road game is set for Dec. 8, when they’re scheduled to fly to Minnesota to face the Golden Gophers. There’s one more non-conference game set against California at home, otherwise, it’s into Atlantic Coast Conference play, pandemic-permitting.

The Eagles, who finished 11th in the ACC last year, were picked 14th in the preseason poll this season. While those outside the program don’t have much faith in the team this season, the consensus among the players is that those people will be in for a surprise.

“I can’t wait for everybody to see our team,” sophomore guard Jay Heath said. “We’ve got a lot of new guys and guys that are coming back. We’re going to shock some people. This is a big opportunity for us.”

Heath, who last season became the first freshman to lead BC in scoring in seven years, said scoring “will not be a problem” for the Eagles. Junior guard Wynston Tabbs is back and should be a catalyst again after missing about half of his freshman year and all of his sophomore season.

The consensus is that BC can go big or small and has several players who could start but will come off the bench.

“I think this is the most versatile team we’ve had in my time at BC,” Mitchell said.

Wynston Tabbs is back, and he’s “still the same Wynston.”

Despite all the momentum he had gained, Tabbs required knee surgery late that year and a second operation on the same knee after that. From a mental standpoint, he has the experience of a veteran but has only played 15 games.

Now, after spending the entire pandemic rehabbing and working on his craft, Tabbs is back and hoping to pick up where he left off.

“Wynston’s voice has unbelievable credibility among the guys on our team,” Christian said. “They all know what he’s gone through. They all know that he stayed here and rehabilitated through a pandemic to be two months ahead of schedule. If you’re not inspired by that, you can’t get inspired. I think it’s one of the best stories in college basketball.”

Heath, who’s a proven option himself, called Tabbs “probably the best scorer” on the team.

Tabbs said the experience of sitting out has motivated him to keep his body in order and reminded him that he wants to do everything in his power going forward to stay on the court. He said that staying on campus during the pandemic, essentially alone, allowed him to plot his return and figure out how he wanted to push himself.

Now, he’s simply thrilled to be back out there doing what he loves with his teammates. He has something to prove not only to others, but also to himself.

Jay Heath is poised to build on a strong freshman season.

The goal for the Eagles is to have Tabbs and Heath form a lethal 1-2 scoring punch.

Christian credited Heath for taking coaching extremely well and playing for other people. He said that when a teammate makes a great play, Heath is often the first one to celebrate and show emotion. Christian added that providing such energy is a “strength” and a “gift,” and now it’s started to “become contagious.”

“If he stays the same person that he is, which I know he’s going to do, he’ll walk out of here as one of the best leaders to ever play at Boston College,” Christian said.

Heath, who set a BC freshman record with 65 3-pointers made last season, is looking forward to meshing in games with playmakers such as Ashton-Langford, Kelly, and Tabbs who can drive and kick and hit him for open looks.

While he’ll still certainly get his shots, he said he’s prepared to not get as many this season simply because of the Eagles’ depth.

“The game’s going to be so much easier,” Heath said.

Brothers Makai Ashton-Langford and DeMarr Langford Jr. are ready to compete again – this time as teammates.

In all their years playing basketball and training together, brothers Ashton-Langford and Langford have never played on the same team.

They’ve wreaked havoc side by side at the YMCA, but competing as teammates in a real game will be a first.

“We can use our brotherly love on the court,” Ashton-Langford said. “The communication with each other is top notch.”

Together, they worked on their skills during quarantine and stayed sharp. Rather than practicing in isolation, they were able to make each other better during that time. Ashton-Langford said they’ve played 1-on-1 a little bit at practice so far, but they didn’t get to finish. He beat Langford, 2-1, before they had to stop, so he’ll “take that first dub.” 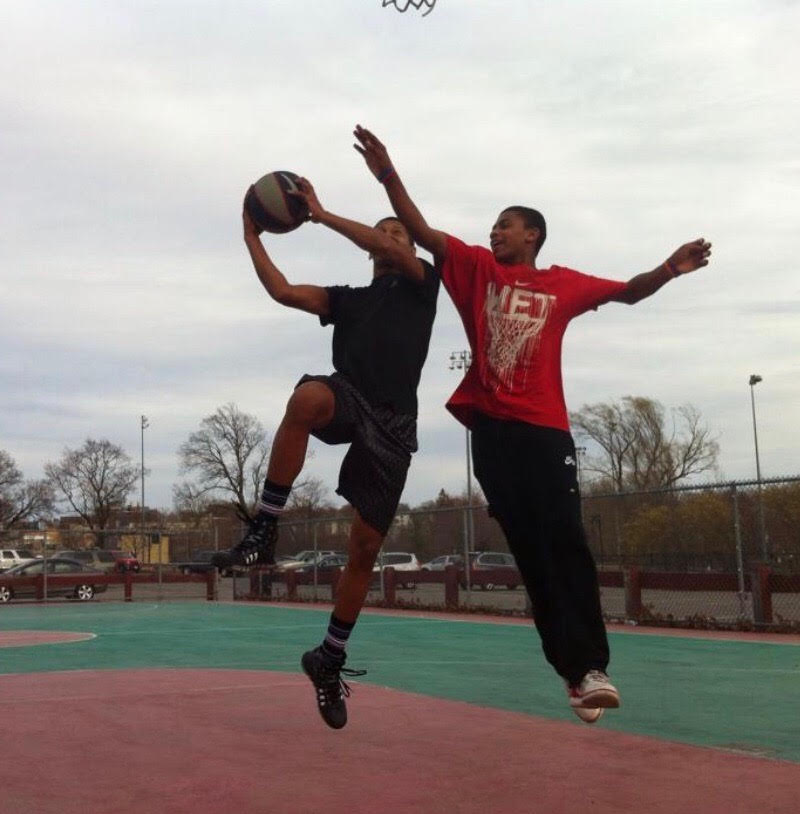 Makai Ashton-Langford and DeMarr Langford Jr. will be on the same team for the first time.

While it’s unclear at this point how much they’ll be on the court together, it’s certainly an enticing possibility. Christian said Ashton-Langford makes some “Ky Bowman-esque athletic plays.”

Langford told Boston.com back in September 2019 that Ashton-Langford has always been his motivation. Now, they’ll get to join forces.

“The fact that the first time is at the collegiate level is a blessing,” Ashton-Langford said. 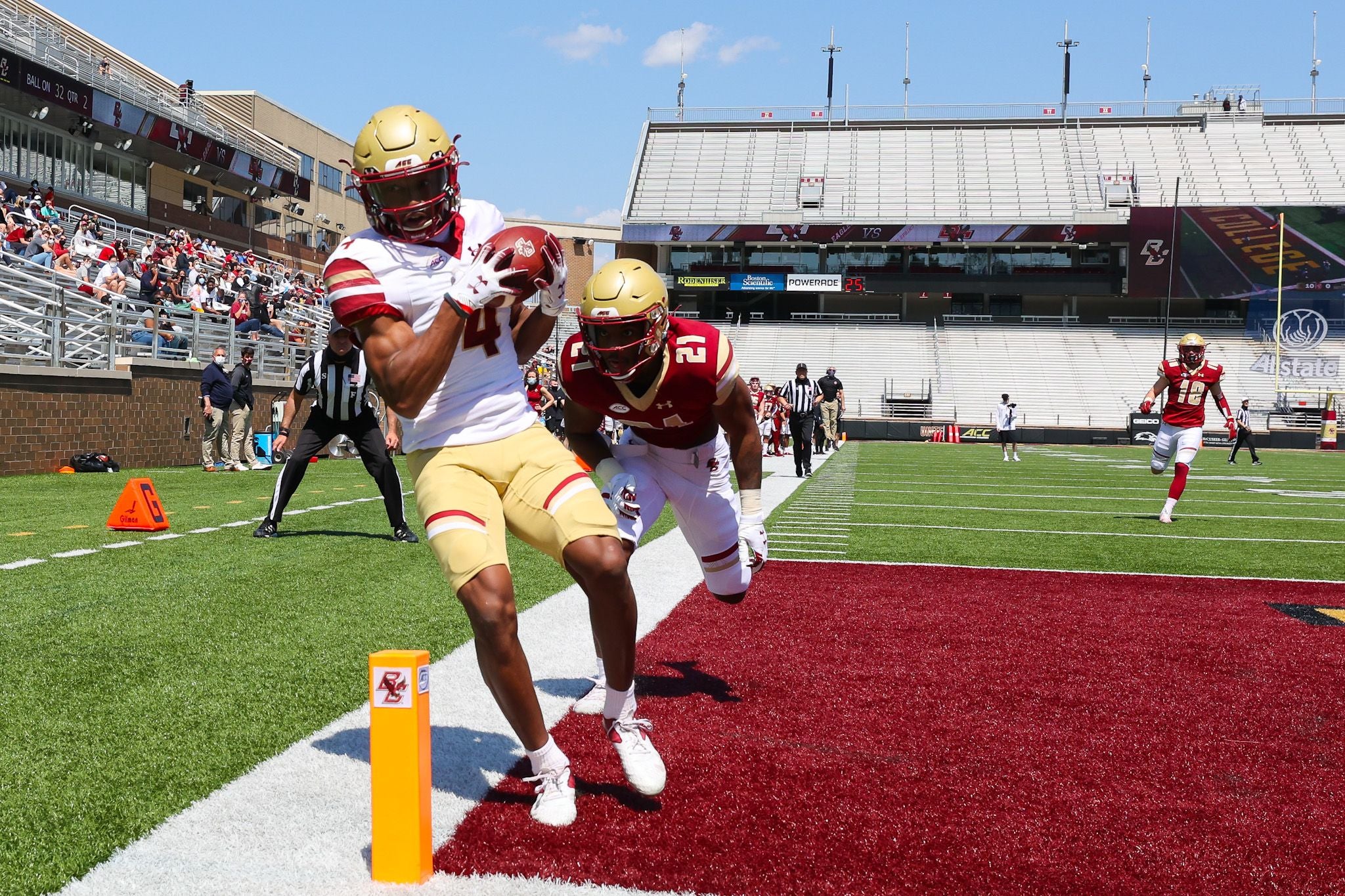