AJ Quetta will be transferred to the Shepherd Center in Atlanta on Monday, as he continues to rehab following a severe spinal cord injury he suffered in a high school hockey game in late January.

Quetta, a senior at Bishop Feehan High School who slammed headfirst into the boards in a game against Pope Francis, started at Baystate Medical Center in Springfield and was then sent to Mass. General Hospital.

Now, according to Bishop Feehan president Tim Sullivan – who called the care Quetta received at MGH “world-class” – Quetta will spend at least three months at Shepherd for the “next step” of his rehabilitation process. The center is widely regarded as one of the top rehabilitation hospitals in the country and specializes in the treatment of spinal cord injuries.

“We would like to thank everyone for their continued support and prayers for our son,” Anthony Quetta Sr. said in a statement Friday night. “Words can’t express our steadfast appreciation to all the donors during this time. This would not be possible without the support we have received.”

The GoFundMe page set up for Quetta, a North Providence, Rhode Island, resident, has already amassed over $877,000 as of Saturday morning. Many organizations, schools, and teams around the state – including the Bruins and the newly formed AJ’s Army – have showed consistent support.

Quetta’s father made it clear his son appreciates how much the community has rallied around him.

“AJ realizes how awesome and incredible the support has been,” Quetta Sr. said. “He is determined to beat the odds and return to his family and friends. He is very motivated.” 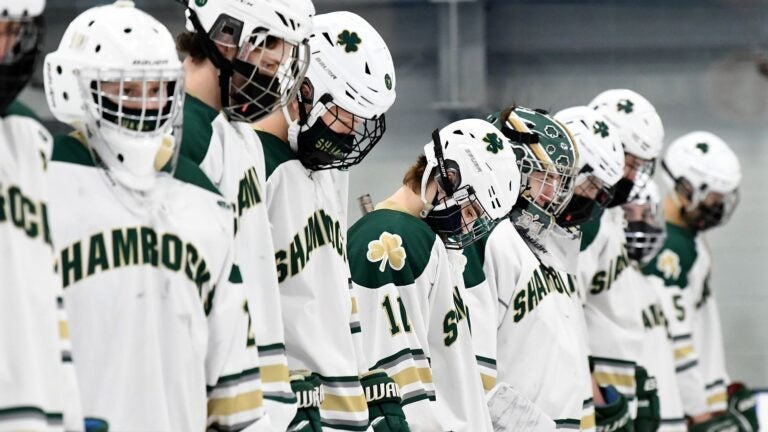 Bishop Feehan hockey is back on the ice, playing for A.J. Quetta