About 18 months and a pandemic ago, the rumblings started spreading through Minor League Baseball front offices. Words like “contraction” and “restructuring” were pinging about in text messages and harried calls. Change was coming to the minors and no one knew what that might mean.

Curtis Haug, general manager of the Kane County Cougars in the Chicago suburbs, was worried. But he was soon confronted with a more pressing problem. A global pandemic threatened, then canceled, an entire season. In the minors, where ticket revenue is everything, the loss was catastrophic.

Haug spent the summer trying to get the franchise through it. The Cougars furloughed the majority of their staff. They rented out the ballpark to anyone who thought it might suit their needs – for everything from drive-by graduations to dog shows.

At some point, rumblings of restructuring bubbled up again. Haug knew the powers that be would probably try to get the Cougars’ affiliate at the time, the Diamondbacks, a Class-A team closer to Arizona. He looked around the majors and the Midwest, and he started counting teams. Beloit had a new ballpark. The Quad Cities team had a good relationship with the Royals. The South Bend Cubs were, well, Cubs.

“Maybe a month or so before it was announced, we felt like we kind of saw the writing on the wall,” Haug said.

Earlier this month, Major League Baseball made official a sweeping restructuring of the minor league system. MLB assumed control, cut short-season ball, reduced the number of affiliates (to 120, down from 160) and reallocated them across four levels – four each to each major league team. Seemingly overnight, a complete overhaul of the sprawling minor league system was complete. The Cougars were lost in the shuffle.

“Twenty-nine years,” Haug said, rattling off attendance numbers from the last few decades, wondering what more the franchise could have done. “We had a great run.”

Major League Baseball officials said the restructuring had several goals. The first was to reduce travel. The haphazard setup of the minor leagues meant some teams were taking nine-hour bus rides to play in-league opponents, rides that carried them past the home stadiums of closer minor league teams that had long been in different leagues. By reshuffling, MLB hoped to correct some of those imbalances, though it couldn’t fix them all.

The Red Sox High-A affiliate, for example, will remain in Greenville, S.C. and play in the High-A East Southern division. The Red Sox wanted to maintain ties with the Greenville Drive, rather than shift their single-A affiliate to somewhere like Lowell, Mass., where their short-season team had been. So the High-A East league now has five teams in its northern division and seven in its southern division. At any given time, one of the southern teams will be trekking north or vice versa. Some long bus rides remain.

But by taking over operations, Major League Baseball argues it can make the system better in the long-term. It will enforce higher standards for facilities, ideally leveling the playing field to avoid disparities in crucial equipment such as lighting, the quality of which varied dramatically from city to city and league to league.

The change will also require major league affiliates to provide meals for the players while they are at work, lessening the financial strain on players who have longmade less than the minimum wage. Major League Baseball claimed in a news release that the restructuring will increase player salaries “from 38 to 72 percent.”

As for the 40 or so teams who lost the coveted affiliations, many of them found themselves looking for new homes in MLB’s “partner leagues” – leagues like the Atlantic League and American Association from which MLB teams can pluck high-performing players, but whose rosters will no longer be supplied by big league farm systems.

So Haug found himself in uncharted waters: After years of being handed players, gear and staff by big league organizations, his club was suddenly tasked with building a team from the ground up.

Haug had never put a team together before, so he found a manager who had. As part of the shuffle, the St. Paul Saints, formerly of the American Association, were elevated to the Twins’ Triple-A affiliate. The Twins dispatched longtime Saints manager George Tsamis, who helped the Saints emerge as one of the premier organizations in the minors, affiliated or not. Suddenly he, like the Cougars, had been displaced. Haug gave him a call.

Tsamis will manage Kane County, leveraging his decades of contacts to compile a roster ahead of Opening Day. The team will likely target much older, more experienced players. As an MLB partner league, the American Association, Atlantic League and others will serve as landing spots for the kind of players unable to find jobs in affiliated baseball.

“We’re still kind of navigating through this, but we’re pretty, pretty confident that we’re very confident the level of baseball is going to be better than what we got here for 29 years,” said Haug, who said some around the game have told him to expect something along the lines of a Double-A or Triple-A level of play.

Stadiums will be outfitted with technology designed to collect data that Major League front offices can access. Aging former prospects looking to rejuvenate their careers and former big leaguers thought to be too old for comebacks can prove themselves.

Haug said he sees no reason to believe the loss of affiliation will result in significant loss of interest. Andy Shea, general manager of the now unaffiliated Lexington Legends, agrees.

Shea started an informal four-team league of largely Kentucky natives to play through the pandemic this past year, recruiting players via direct messages on Twitter. When the league began its brief season, he noticed that his makeshift rosters full of former University of Kentucky, University of Louisville, and other local standouts seemed to increase interest. Local players bring networks of family and friends. They are easier to market.

“They are consciously deciding ‘this is where I want to go,’ ” Shea said of the players. . “That is not what we’ve had as being an affiliated team. They’re shipped here. There’s no real investment in it.”

Haug and Shea both say they see no reason to believe fans watching partner league baseball will get anything less out of it.

“At the end of the day, it could be good for baseball. I think the 120 affiliated teams and their communities, they got what they’ve always got. I’m assuming they all feel that that’s a positive thing for their communities,” Shea said. “But for those that are not in that 120, we’ve got a lot of exciting stuff going on.”

The partner league schedules are slated to begin in May. So are the Class-A and Class-AA schedules. The Triple-A baseball season is scheduled to begin April 6, though many MLB executives and player development staff are skeptical, quietly planning for a month’s delay.

Every minor league team will be subject to local coronavirus restrictions , though Haug, Shea and others are optimistic fans will be allowed in some capacity. Minor league franchises don’t normally plan for full stadiums worth of revenue on a nightly basis, anyway.

“When I first heard about [restructuring] in 2019, my head was spinning. I was like what? What is that? They can do that? I mean, by all metrics I thought we had done well,” Shea said. “But then, as time moved on, none of that was important. The fact is, this is happening. And you know what? I hope it’s fantastic.” 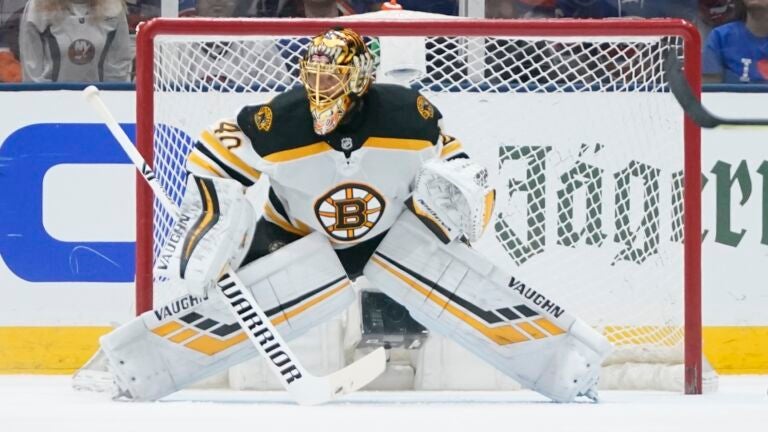